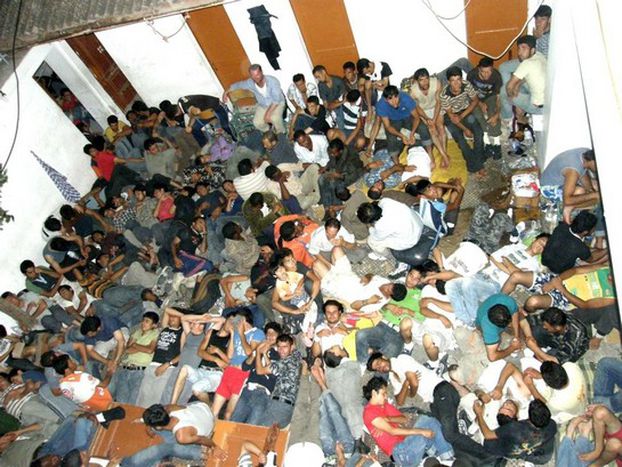 The influx of clandestine immigrants to Italy and Spain has drastically reduced; the eastern Aegean Sea has become the new destination for illegal migrants 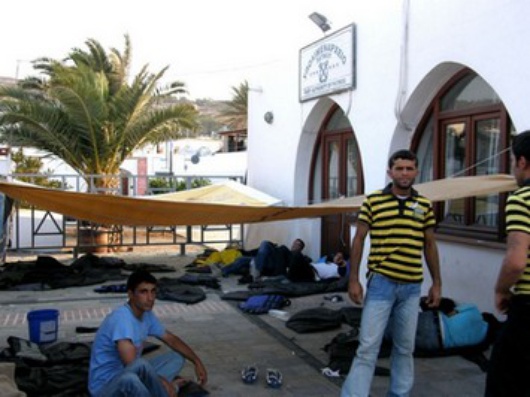 Magal knows how it works and how, by passing through Turkey, one can get to Greece. ‘It's almost always the same story,’ says the young man, one of the clandestine migrants who arrived a few weeks ago on the island of Leros and is living in a hotel. ‘We pay a ferryman to take us from our country to Turkey,’ he adds. ‘Then there is a boat that takes us to Greece. There is an entire town on the Turkish border with Iran that lives off this business!’

Most of the clandestine immigrants are given temporary lodging at the hotel. According to estimations by the Greek authorities, thousands of migrants wait like this on the Turkish coast for an opportunity to cross the short distance by sea that separates them from Europe. While the influx of clandestine immigrants to Italy and Spain has diminished drastically, the islands of Leros and Patmos have become the new gate to a wave of illegal immigration from Asia and Africa. The Greek authorities are swamped. In 2007, a total of 945 migrants landed on Leros. This year, up to the beginning of September, there have already been over 2, 500. The Greek coast guards and police do not have enough staff in the hospitals. The situation not only raises humanitarian questions but public health problems.

The eastern Aegean Sea is in an unofficial state of emergency – the Greek government does not seem to consider the situation urgent enough yet. According to a government spokesperson, most of the clandestine immigrants have been sent back to Turkey, as per an agreement between the latter and Greece which came into effect in 2002. In reality, Turkey has yet to adhere to this accord. Government figures suggest that out of the 47, 065 expulsion claims registered by Greece since 2002, only 2, 013 have been accepted by Turkey.

The Greeks hope that, given Turkey's aspirations to join the European Union, Brussels will be able to put pressure on Ankara to combat the mafia of smugglers operating on its territory. ‘The Europeans must persuade Turkey to sign an agreement with the EU as well. That is the only way by which they will respect the agreement,’ insists Alexandros Zavos, the director of the Institute for Immigration Politics. ‘This mafia is maintained, in Europe and even in Greece, by companies which exploit the clandestine immigrants by making them work as slaves on farms or in factories,’ says an anonymous interviewee, with a good knowledge of the situation on Leros.

‘According to the agreement, any person who enters our territorial waters illegally must be sent back to the Greco-Turkish border. The Turkish coast guards are obliged to re-admit them. Nevertheless, in most cases, the Turks just ignore us. So we are not giving them any further information. We take in the migrants because we know they will try to come back,’ declares a Greek coastguard who also wishes to remain anonymous.

What of the European dream? 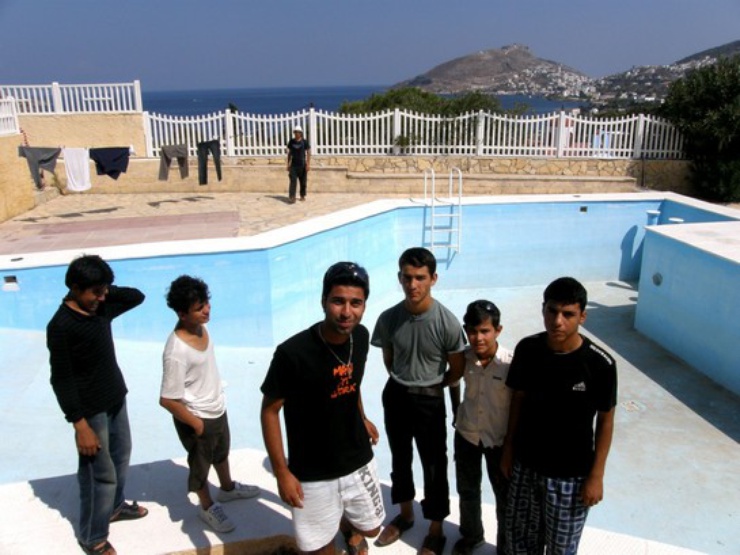 Magal points out the journey from Afghanistan to Leros on a map of Asia. It took him two and a half months, first to Pakistan, from Kandahar to the town of Quetta. From there through Iran and Turkey, where his first stop was in the town of Van. ‘Then we got to Ankara, Istanbul and finally the coast at Izmir,’ he finishes. A group of young migrants aged fifteen to twenty-five are on the steps of the hotel where Magal is staying. One of them, an Iraqi, deplores this long trek. Most of the men have one goal: Piraeus; and from there, either Athens or another big European city. In the meantime, at the port of Patras, where they go mainly to catch the ferry to Italy, the migrants live in miserable conditions in makeshift camps. 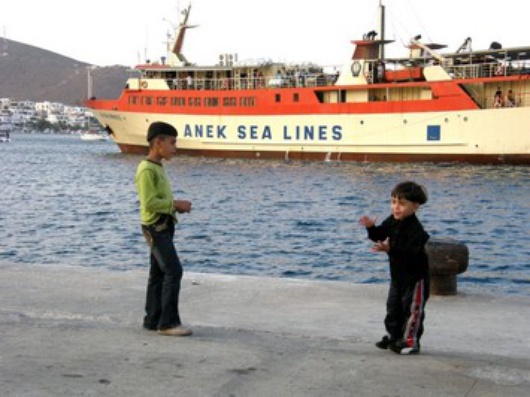 According to information from the organisation Médecins Sans Frontiers (‘Doctors without Borders’), Afghan migrants are chained together to prevent them from reaching the ferry. A French photographer was beaten by a Greek coast guard. The hopefuls waiting in Leros for their ticket to Piraeus have no idea of all this. The residents of Leros have taken the initiative of providing the refugees, the underage ones in particular, with what they need in their hotel. The hotel owner has even adopted a sixteen-year-old Afghan. However, the commune of Patmos has decided to close its gates from 20 September to any boat carrying migrants, if the Greek government does not find a way to change the situation in the coastal areas.