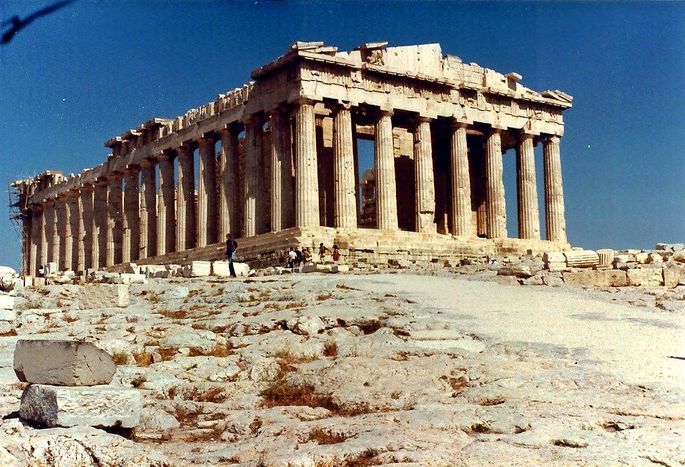 The situation in Greece is calamitous. Draghi has dictated the closing of all banks, restricting people to withdrawals of 60€ per day from the ATMs. How far will the Greek crisis go? The mainstream media has been flooding our news feed with the same discourse over and over again: Will there be reforms? Will Greece pay its debt? But what do we really know about what is happening in Greece?

Outcomes of the Greek Debt Audit

Brazilian Maria Lucia Fattorelli is the coordinator of the Greek Debt Audit, whose outcomes she has presented in the Hellenic Parliament early in July. This technical and detailed description of the debt system’s modus operandi is a must see in order to widen our perspective and therefore our own conclusions of what is really happen behind this massive debt. The first point to note is that the set of agreements was not an initiative of the Greek government. "It was an initiative of the Troika and the benefits reverted to the organisms that constitute it,” said Fattorelli. Moreover, the conclusions from the audit show that all contracts analysed are attached to the memos and within an attachment they found another agreement. The mechanism found in the Bilateral Agreement was hidden in one of its annexes where it was another agreement. Fatorelli claims that through this mechanism, the money borrowed from bilateral creditors did not go to Greece; instead, abusive costs were transferred to the Hellenic country.

The revelation of this mechanism tears down the utterance that the taxpayers of other European countries would be funding Greece.  “We must submit a report. It is an instrument, not an opinion. Once made available, it is the responsibility of the government and society to know how to use it to change the situation of the country and its relations with creditors,” alerted Fattorelli. Many wonder why we haven't seen this information on the mainstream media. Shouldn’t this be public knowledge?

Behind Fattorelli’s audit on the Greek debt, there are three main players at stake: The European Financial Stability Facility (EFSF), the European Stability Mechanism (ESM) and the International Monetary Fund (IMF).

The EFSF was created as a temporary crisis resolution mechanism by the Euro zone Member States in June 2010. However, some voices like Fattorelli claim that the IMF imposed the creation of the EFSF, turning this new mechanism into a disguised money laundering facility. The EFSF has already provided financial aid to Portugal, Greece and Ireland. A permanent rescue mechanism was also created in October 2012, the ESM. The ESM acts currently as the unique instrument responding to new requests for financial assistance by the Eurozone. So far, it has provided loans to Spain and Cyprus.

During an event to promote support for the Greek people in Portugal, Francisco Louça, coordinator of the Left Bloc party, has said that a “new order in which there is no space for either contracts or solidarity” has been created in Europe. To be true and proven that the entire debt system is a big scheme, dictating an ultimatum to Greece, is the absolute proof of how the world elite is working on shrinking human rights and dignity of life. Let us keep in mind that a bailout with the same features and conditions, massive austerity and the downfall of social rights, is now being paid back to its creditors, from Ireland, Portugal and Spain…

Luckily, we are living in a democracy, at least that is what all Europeans believe, and even though the Greek people might be under a terrible financial dictatorship, they were recently able to vote on a referendum where most Greeks admittedly manifested interest in leaving the Eurozone. Sunday, the so-called “Ultimate Summit” decided whether the creditors extended financial aid to Greece or not. As expected, Eurozone leaders reached an agreement over a new Greek bailout, which is still under discussion about its conditions. However, German Finance Minister Schäuble as well as Angela Merkel will put a short leash on Greece.

What we are witnessing currently is a political struggle between the Greek Government and the “European government.” Along came a societal struggle and different stances have been formed throughout the EU. On the one side, we see numerous protests across Europe in order to sensitize and appeal to the suffering that the Greek people is enduring now and even more in the future. On the other side, we see a faction condemning Greece for its fiscal irresponsibility and many years of living like kings. This group claims that Greece should leave the Eurozone since they don’t want to pay more taxes because of the laziness of the Greek people. But is this really the truth? When we live in a democratic society, we have to face and respect other people’s opinions…

A look back into Greek’s political history

Despite that a big percentage of the European population are well aware of the tyrannical procedure of the banking system, in the Greek case, we have to take into consideration that, compared to many other European peoples, they have been more irresponsible when dealing with their public finances.

When it comes to Politics, Modern Greece has always been an unstable country. It is important to rewind the tape in order to better understand the Greek crisis. In 1967, with support from the United States, Greece saw the installation of a dictatorship, which only ended in 1974. Considering that for half a century Greece hasn’t closed its budget (!), we must assume that there was an enormous governance problem inside the country. Along with an extreme badly management of Greek public accounts there is a powerful banking synchronization that has been destabilizing the whole Eurozone as well.

For example, if we look at fractional-reserve banking, a very common banking policy and the current form of banking practiced in most countries worldwide, we can have a small idea of how banks play with our money generating debt. This is a very irresponsible financial policy. The process is very simple: for instance, if you put 1 euro in the bank, 50 euros will automatically be assumed as ready to be lent, depending on the reserves of the bank. This is clearly not sustainable on a large scale.

The economic imperialism that has now blown-back to the United States and Europe has been evolving for decades and can be directly traced to the end of World War II, to the birth of the CIA, the IMF and the World Bank. “The stock market and economy have become weapons of mass oppression manipulated by an imperial banking cartel to impose order and exploit the masses. This crisis boldly represents the manifest evolution of the fascist spirit reasserting itself as the dominant ideology,” wrote David DeGraw in Global Research.

It is always difficult to make a reasonable judgment on the Greek crisis as many factors are at stake and we cannot take for granted that we know everything of this complex tragedy.

It seems to be that an agreement will take place very soon and therefore Greece will remain in the Eurozone. The conditions of this agreement are yet to be known, but we already know that many of Syriza’s promises during the campaign period went downhill. Instead of getting rid of the debt, the Greeks will now pay more taxes, the VAT on restaurants will go up, and pensions will diminish. This is a recipe for disaster. If Greece wants to rise from the ashes and save the country from a likely default, it must open up, attract external investors, encourage internal investors and reduce the huge amount of bureaucracy that is constantly obstructing any attempt of progress. This is the only way of generating wealth in a country that has nothing to offer, besides tourism and high quality olive oil.

Above all, one must have respect towards the Greek people, the cradle of democracy. Youth and the elderly do not have to pay for the mistakes of past governments ,and the global banking cartel must be stopped. But, by whom? Are we really living in a democracy?