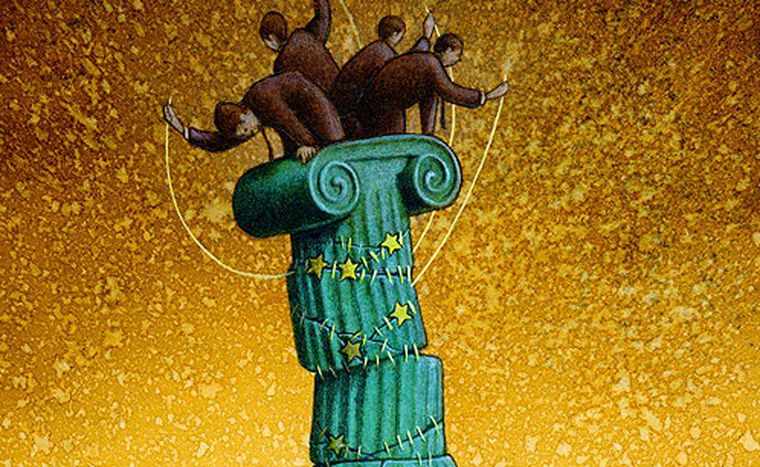 National responsibility or political gambling at the expense of the institutions?

According to recent surveys, the revision of the Greek constitution is considered an imperative need. This particular discussion interests a large portion of the Greek society as it is essentially centered on the still looming concerns of an unknown national future. So the question remains, how exactly do we want to move forward as a society.

Unfortunately, the answer is not one to be given with ease. First of all we must ask ourselves how much does the Greek society trust its institutions. Every institution such as justice, religion, military and police forces and of course politicians enter daily the “microscope” of every Greek citizen

It is commonplace that the last few years political institutions receive the clear and perhaps for many justified displeasure of the electorate. Apparently, offices such as that of the Greek Prime Minister and the President of the Hellenic Republic are treated with great distrust. On the contrary, institutions like the one of family enjoy a whole-heart trust. This mistrust can be easily explained by heavy accusation of corruption that have followed the Greek political system from time to time.

From all the above, a clear deduction can be made. The general feeling of the social, political and economic zeitgeist confirms the need for change to the institutional framework through a radical revision of the Greek constitution. Reality has shown us time and time againg that Greece is an institutionally immature society that must strive for change.

However we must ask ourselves, is the change of a strict and rigid constitution the Deus Ex Machina that the Greek society needs in order to restore a healthy and trustworthy relationship between the Greeks and the institutions?

Certainly the constitution can be and must be improved. Although, a text of the law can not reveal all the solutions to the insufficiencies of the Greek society.