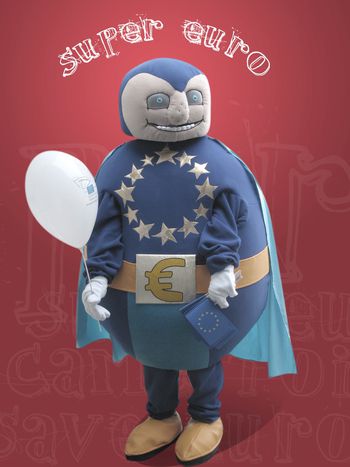 Interview with French economist Céline Antonin ahead of the eurogroup summit on 7 May, where the attendees should confirm their €110 billion financial aid package to Greece, and the three burning questions arising from the crisis which also apply to the European union

Will order be resumed on 7 May when the sixteen eurozone heads of states come together to confirm the 110 billion euro aid programme over three years for Greece, that was agreed by eurozone financial ministers five days before? Evidentially not. The drastic cure for the Greeks – which inspired a large-scale manifestation on 5 May and was darkened by the accidental death of three people – has highlighted deep divisions amongst member states. The Greek crisis reveals that economic solidarity is still a long way from achieving unanimous support in Europe. 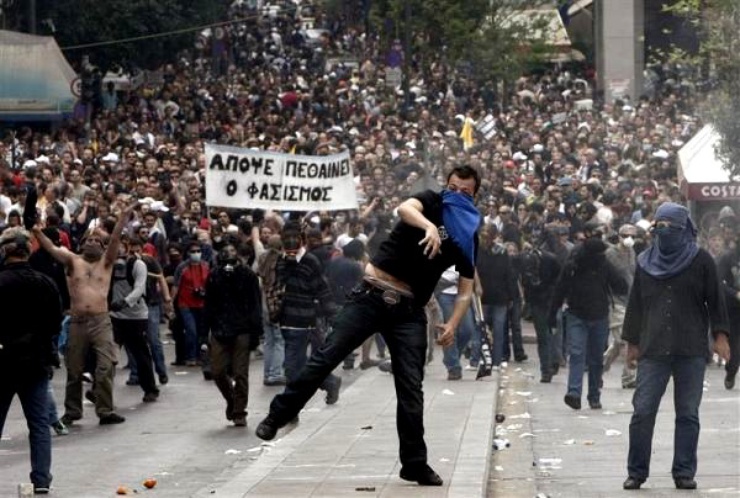 The decision underlines the importance of European economic solidarity, whilst also revealing its limits. For many, behind economic solidarity, the overall concept of Europe is at stake: on the one hand, German chancellor Angela Merkel has announced she would like to see countries sanctioned in the future for failing to respect the growth and stability pact (SGP). On the other hand, the anti-globalisation militants of Attac are calling on the European central bank (ECB) to buy the Greek public debt in an act of solidarity. Over to Céline Antonin, economist and eurozone specialist at the OFCE, the centre of research in economy at Sciences Po (an institute of higher education in France).

cafebabel.com: Are the credit-rating agencies responsible for the crisis and the Greek debt?

Céline Antonin: The credit-rating agencies are there to advise on the insolvency risk of a country or a state. In other words, on the probability that they will default on the debt repayments accrued. The three main agencies (which represent nearly 90% of the market) are the American companies Standard and Poor's, Moody’s and Fitch. They were singled out during the subprime mortgage crisis partly because of the possible conflict of interest that exists between their credit-rating business and the consulting activities they all carry out with banks (a situation to be resolved by the European rules of 7 November 2009, which should come into force in 2010 in France. These will prohibit credit-rating agencies to combine both functions). When speaking about the sovereign debt of the state instead of the private debt, it's difficult to make the credit-rating agencies directly responsible for the current situation. They are not in effect responsible for the situation of the Greek public finances. However, they could well be accused of having added fuel to the fire. Indeed by downgrading the rating of Greece, they have contributed to increasing the risk premium demanded by investors. They have therefore increased the burden of debt, fuelling a vicious cycle. We therefore cannot say that they are solely responsible for the Greek situation, even if they have done nothing to calm things down.

cafebabel.com: Is Germany to blame for having dragged heels before helping Greece?

Céline Antonin:  I don’t want to be made the defender of Germany, but you have to say it faced with numerous constraints in this affair. In the financial aid package of 110 billion euros, 80 billion is to be put up by the eurozone states at a rate of interest of 5%. The share issued in turn to each country will be calculated in proportion to their capital at the ECB. Germany is therefore the main creditor of the Greek rescue: without her there would be no programme.

Read  one cafebabel.com correspondent's view of Greece 'needing a change of mentality'

Two phenomena are blocking Angela Merkel. Firstly, the German constitution is very restrictive when it comes to the federal state being able to grant financial assistance to any member state of the EU. It is therefore necessary to amend it in order to participate in the bailout plan negotiated between the EU and the international monetary fund (IMF). Secondly, the German regional elections are taking place on 9 May. According to a survey conducted by France 24 and Die Welt (in which 1009 German citizens were sampled), 57% were opposed to a Greek financial bailout plan, which does not encourage Germany to be overly cooperative. The Germans also envisage that in accepting to help Greece without flinching, other fragile member states such as Portugal or Spain could be the next on the list to seek financial assistance. Our German neighbours do not want to be in a bottomless barrel. At the same time, this procrastination is not related to the deterioration in the repayment obligations of the Greek debt. One could say that the time required by Angela Merkel to enter back into the dialogue of economic solidarity has not calmed Greek tensions.

cafebabel.com: Could the euro area really be dissolved? What does this crisis tell you about the economic union in Europe?

Céline Antonin: Kicking Greece out of the eurozone would not resolve this situation. Firstly, because the treaties do not foresee it. Next, because its debt would remain denominated in euros while its currency would be devalued. This would render its debt burden all the heavier to shoulder. Instead, the euro today is an opportunity for Greece. This economic crisis is one of the worst storms that Europe has had to face in its recent history, but the bad weather has recently been more in the political arena (the Bolkenstein directive, Lisbon treaty, etc…)

It all depends on the consensus that will be found in the 7 May meeting: if the eurozone countries are able to find a quick consensus the eurozone will be able to come away stronger, having avoided the worst. However, the diplomatic procrastination of these past few weeks have undeniably served as a blow to the eurozone and to the EU, even a rejection. The Greek crisis has revealed the deep divisions that exist: Germany has still not renounced the policy of the strong euro. The differences are very distinct between the states which respect the stability pact and those which are not. In short, what has been left viable by the chain reaction started by the Greek crisis is the existence of a eurozone at many speeds.