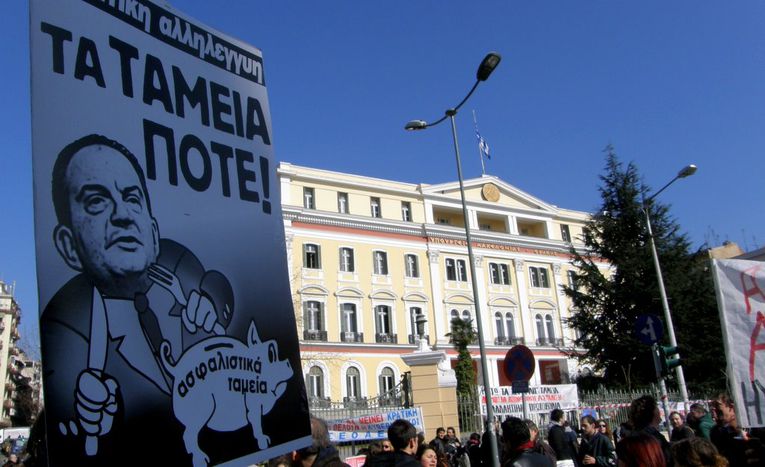 Greece crisis: how your average Greek yacht-owner is clamping down

Greece’s 'creative accounting' has wreaked havoc. Whilst the EU examines ways in which to help the Greek economy during the European summit of 25 - 26 March, are the Greeks ready to overturn their state of mind in order to exit the crisis?

Empty shops, boarded-up windows and countless people selling junk – this is what characterises the city centre of Athens. The endless stream of tourists jostling at the feet of the Acropolis a few hundred metres away are just a drop in the ocean in the state finances of Greece. The economic crisis has finally brought out in the open how harmful 'creative accounting' and the flourishing black market have been to the state budget. The government of socialist prime minister Georges Papandreou is under great pressure from the market and from other countries of the European Union to restore its budget deficit of 12.7  of the GDP in the last year to 2% by 2013. Therefore, Georges Papandreou has not only announced restrictive measures but also a tax system reform.

The aim is to put an end to the ‘grey’ and ‘black’ markets and to reduce the budget deficit in order to 'create a fair and simple fiscal system' to spearhead the preface of the reform. A taxpayer who declares 35, 000 euros (£30, 380) of revenue per year will therefore need to produce receipts for at least 8, 100 euros (£7, 031) in order to benefit from a tax exemption, fixed at 12, 000 euros (£10, 416) per year. Numerous occupations such as taxi drivers, civil engineers or landlords in particular benefited from a fixed rate system, which has now been abolished. Objective criteria on the standard of living have been established in order to clamp down on owners of yachts, swimming pools and other exterior signs of wealth, who declare income which has nothing to do with their lifestyle. 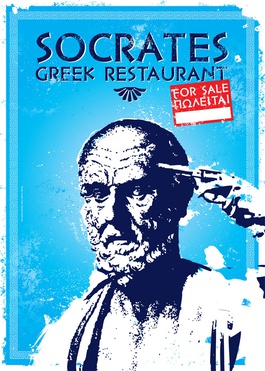 So the Greek government is hoping that consumers will make businesses submit to VAT, but it’s far from sure whether people will respond to this appeal. As the economist Georges Pagoulatas wrote a few weeks ago in the daily Kathimerini, the Greeks would have to change their mentality in a dramatic fashion to exit this crisis. The mayor of Athens, Nikitas Kaklamanis (new democracy, ND, conservative) shares this point of view. 'Everything which harms our society has to do with the mentality which puts the interest of the individual above the interest of the whole. Someone who throws their rubbish next to the bin is only a small but apt example which perfectly illustrates that kind of mentality. People would have to try to take each other into account in order to understand one thing: that which we think will benefit us in the short term, may be harmful in the long term.' Kaklamnis fears that at the moment the fiscal reform is at a standstill. 'A mentality that is set in its ways can be more powerful than any law. We have countless laws in Greece, but I don’t know which amongst them are really respected.' In the meantime, he tries more or less to be a good example to his fellow citizens. Since he took office in January 2007, he has made a clean sweep in the city’s finances and has paid off 50 million euros’ worth of debt. He feels that the Athenians need to 'adopt a new mindset'. Thus the Greeks would have to pay taxation 'not only because the law says they should, but because they want to; people would have to be aware that in exchange for this, they can demand higher levels of service from the state, and aspire to more equality,' he states. It’s logical reasoning, but not in Greece.

What about Europe’s role? In spite of the self-realisation that the Greeks are for the most part responsible for the crisis they’re experiencing, there’s a strong tendency to point the finger at the EU. 'Undoubtedly we have a common currency, but we don’t have a common political will,' according to Athanase Papandropoulos, a political and economics journalist.

Many Greeks never miss an occasion to mention the importance of the solidarity between member states , in the hope that the country will not find itself standing all alone. The chairman of the Greek national bank, Vassilis Rapanos, feels confident that the EU will stick together to help his country. 'Despite the problems, quitting the eurozone is not an option for Greece. Thanks to European cooperation, we will find light at the end of the tunnel.' Or, as Kaklamanis says: 'One should not point the finger, but try for mutual understanding. A friend in need is a friend indeed.'.