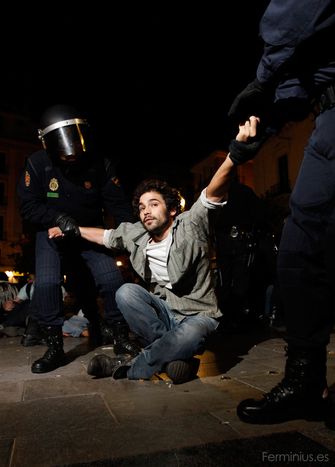 Go on, say it. It’s the Spanish spring

There’s renewed fighting in Yemen, 1, 000 people have died in Syria and Nato is campaigning against Libya. In a peaceful echo of the Arab people’s battle for democracy, Europe has caught the ‘real democracy’ bug, starting in the streets of Spain on 15 May

Why are the people all sitting in the streets?

This movement is against corruption the accumulation of power and money between few - more than a hundred of the election candidates for 22 May have been accused of corruption. Economic interests are placed above social well-being. The majority of the political class do not listen to their citizens, and people feel that they can’t really take part in decisions. They are tired of the two-party system, of injustice and abuse of power. They defend democracy but feel that the current system is not a real democracy because the people don’t have the power. That’s why the emphasis is on ‘real’ democracy.

What are they saying? It’s in Spanish…

‘We’re not merchandise in the hands of politicians and bankers’. ‘You don’t represent us’. ‘You call it democracy but it’s not one’.

These are some of the main slogans of the protests, with some more culturally understood ones such as ‘There’s no bread for so much chorizo’ – the chorizo sausage also being slang for thieves – ‘We’re not lacking money, it’s just we have too many thieves’. The Real Democracy Now! ('Democracia real Ya!') movement is distancing itself from parties, syndicates and organisations and thus has no flag, official slogan nor associated colour. 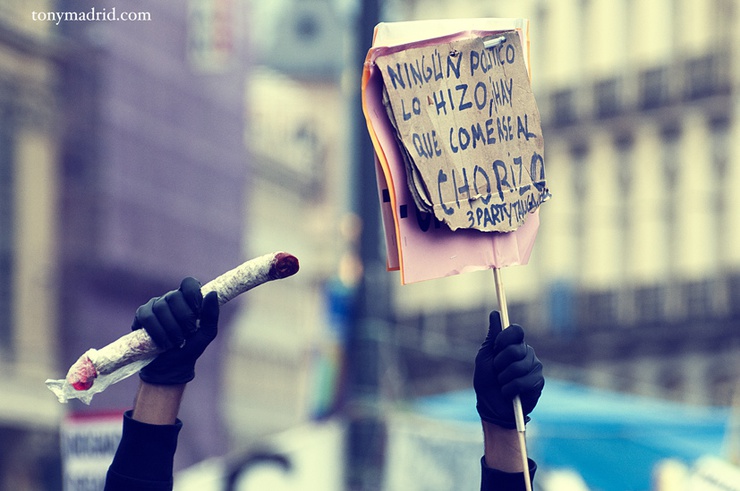 What do they aim to do?

Get real democracy now! The answer is in the name of the youth movement which has been translated into French, German and Italian too. Of course, it’s a bit abstract. The main piece of criticism being showered on the movement is that it does indeed lack clear and concrete proposals. It’s true that there is some internal incoherence on how exactly people want to see change. To sum it up, people are being called upon to have more of an impact on political life. The electoral law is called upon to be reformed so that smaller parties can have a bash at survival. It will allow for a resurgence of new ideas and new ways of doing things.

The platform addresses this lack of cohesion by producing a list of measures they propose; essentially they’re angled towards the elimination of the privileges of the political classes and the banks in the fiscal system, towards participative democracy and a cut in military spending. Other points include the fight against unemployment, defending the right to live in squats and to increase the quality of public services. Don’t also be surprised to hear of a diverse range of other demands, such as bringing the retirement age back to 65 (it went up to 67 in 2011), cutting down on nepotism in high public positions, stopping banks from investing in fiscal paradises and abolishing the famous Sinde law on internet downloads.

How did the mobilisation start? 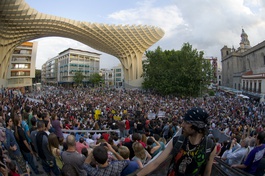 Catalysts, please stand: the economic crisis, which pushed unemployment in Spain up 20%. The social cuts which ensued and which fed the general hardship. The Arab spring for being a precedent and showing that things can change if people really want it. Internet and social networks, which started to show the existing indignation from some months back. There’s no lack of reasons. The last straw was holding local elections – a date was fixed for the protests. 15 May. 15-M. That was the day the streets started to be filled.

Can the protests achieve something? 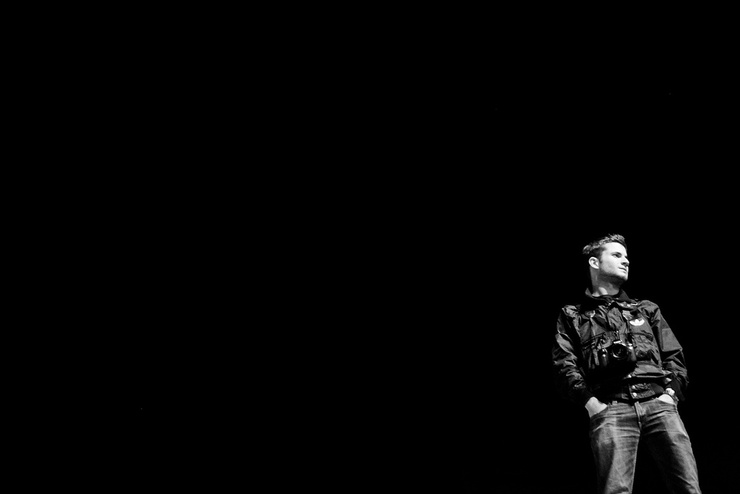 After holding fort in the streets citizens literally started camping in the squares as protests continued across the days. The media and blogs helped its proliferation. Its profile abroad has now been extended from as far away as Germany to Mexico, Italy to Costa Rica, Florence, Brussels and London, thanks to the expat Spanish citizens supporting the movement. But foreigners are slowly joining in too, though it remains to be seen if this protest marks a certain global sheet being aired in public.