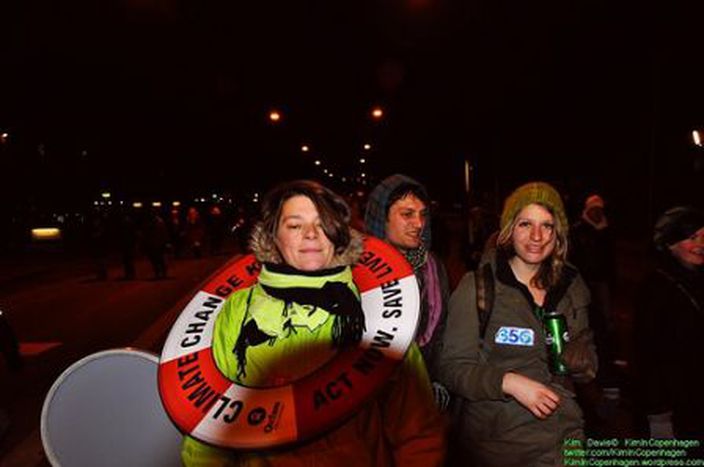 By Daniel Speich On 18 December 2009, the Bella Center – Copenhagen’s largest conference center just 10 minutes drive away from the airport of Denmark’s capital – finally closed its doors as the discussions on solutions for global warming concluded, and the last representatives of the 192 participating countries of the 15 Conference of Parties (COP), colloquially known as the United Nations

The disappointed facial expressions, however, say more than the final declaration of the world leaders: Europe, China, India and America, the major polluters, didn’t achieve a worldwide roadmap for the reduction of greenhouse gas (GHG) emissions, particularly those of CO2 and methane gas. Clearly, national interests won. However, the highlights some positive aspects as well: while no binding commitments to cut emissions were made, at least the delegates agreed to establish a fund to help poor countries adapt to the threat of climate change. This fund will initially contain 30 billion dollars per year, a sum which will rise to 100 billion dollars by 2020.

As no new agreement was achieved in Copenhagen last year, the Kyoto Protocol, adopted in 1997 and entered into force in 2005, still sets the rules for stabilization of GHG emissions. The industrialised countries had agreed to reduce their emissions by 5.2% of the 1990 level by 2012.The EU27, which contributes approx. 12% to the global GHG emissions, is in line to achieve the Kyoto target with the adoption of European Emission Trading System (ETS) in 2005. This cap and trade mechanism allows conventional energy producers to purchase so-called green certificates from low-CO2 energy producers in a dedicated stock market. The ETS primarily promotes the development of green technology, but also hopes to contribute to an overall decrease in GHG emissions. In fact the EU is set to reduce emissions by as much as 13 percent compared to 1990 levels – however, this figure is based on a self-estimation exercise conducted by the member states. Paradoxically Austria, in its own definition a spearhead on environmental issues, is clearly lagging behind the European trend of GHG emission reduction. Austria misses the target set by the Kyoto Protocol – in actual figures, Austria’s emission increased by 12.9% of the 1990 level. According to the European Environmental Agency Report of 2009, the measures implemented by the Austrian government are not sufficient to meet the target set for 2012. The Austrian newspaper argues that other EU member states have spent a significant amount of money to buy CO2 Certificates in order to reach their targets while Austria has not done so. Additionally, competences in areas related to climate change (such as creating more energy efficient buildings) are split between the federal and the local level. It is now up to Austria’s Minister for Environmental Affairs, Mr. Nikolaus. Berlakovich, to implement measures in a national climate protection law: either to intensify GHG reduction in sectors not directly covered by the ETS, such as farming, waste management, transport, and house heating or to benefit from the so-called flexible mechanisms of the Kyoto protocol.