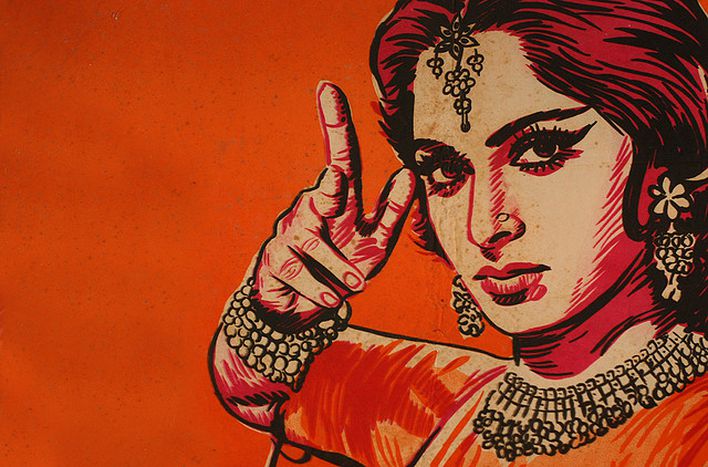 Spotlights, grey plastic chairs and roaring air-conditioning. The backyard shed I end up in after a long bus drive through the never ending slums of Mumbai doesn't in the least resemble a professional film set.

There are a lot of cameras that could easily collapse if you tripped in the general cable tangle, but actors are nowhere to be seen and the set, which is probably meant to represent a bar, reminds me more of a strip club. To complete the décor, a couple of curvy dancers in colourful mini-dresses are scattered around, waiting to get going. If it wasn't for the little Indian boy who tirelessly supplies them with water bottles, you could easily forget that this is an Indian film set because all the dancers are Europeans. That is also the reason why I end up at the set of the Bollywood film Desi Boyz on an unbearably hot day in May. I'm white and that's what the Indian cinema goers want to see.

While I am still adjusting the blue rhinestones shirt and the purple trousers that the costume designer has pulled out of a massive pile of clothes for me, feeling like the reincarnation of all fashion vices of the eighties, a couple of spotlights suddenly flare up and a group of young and trendy Indians run into the room. Most of them immediately start to wrestle with the cameras, while the make-up artist bosses around a very tall and (not only for Indian standards) very good looking man in jeans and a leather jacket. "Come on, guys! Get ready!" Only seconds later, someone cries on top of his voice, "Take number one!" While the man in the leather jacket swirls around an Oriental beauty in a golden mini-dress somewhere at the back of the set and the dancers rotate their hips, I am sitting at the bar, desperately trying to get a conversation going with the other extras. "Stop and go again!" 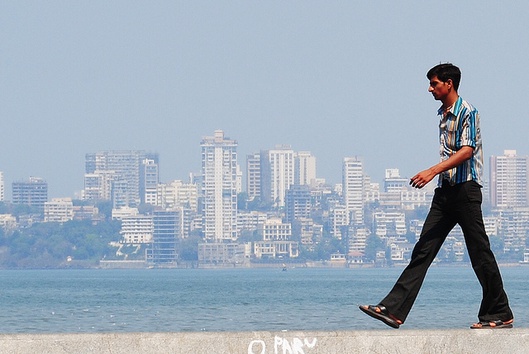 Most of them found their way to the Bollywood set accidentally, just as I did, because they could only afford the scummy hotel of the Salvation Army in the ridiculously expensive city centre of Mumbai. The latter serves at the same time as a placement agency for European extras in Bollywood films. Why say no to a whole day of free food in an a/c room that even makes you 500 rupees (about 7 Euros)? What would be a starvation wage in Europe is more than a good day's earning in India, especially if you only have to stand around. Our only direction is quite simple. We have to pretend that we are in an underground salsa bar in London. "That should come naturally to you guys, right?" Our supervisor can't stop grinning. The fact that such a location in London would definitely look different, if it existed at all, seems to be of no importance.

That is because Bollywood films are not meant to represent reality, but the glossy life of the rich and the beautiful. And as the West is the measure of all things in India as elsewhere in the world, directors like to pepper their films with white extras to add a more international edge to the fairly indocentric plots. In a country where the darkness of your skin automatically gives away your social status and where the trade with skin-lightening creams is flourishing, the role of the white extra is somewhat of an institution. If you watch a Bollywood film, you might think that India is a meticulously clean country, populated by fair-skinned beauties in sequinned saris whose only major problem is to determine where they should spend their honeymoon. But not even Mumbai, the capital of the Indian jet-set, lives up to this ideal because apart from the famous Taj Hotel, the unrivalled favourite of most Bollywood stars, it is also home to Dharavi, the biggest slum in Asia. 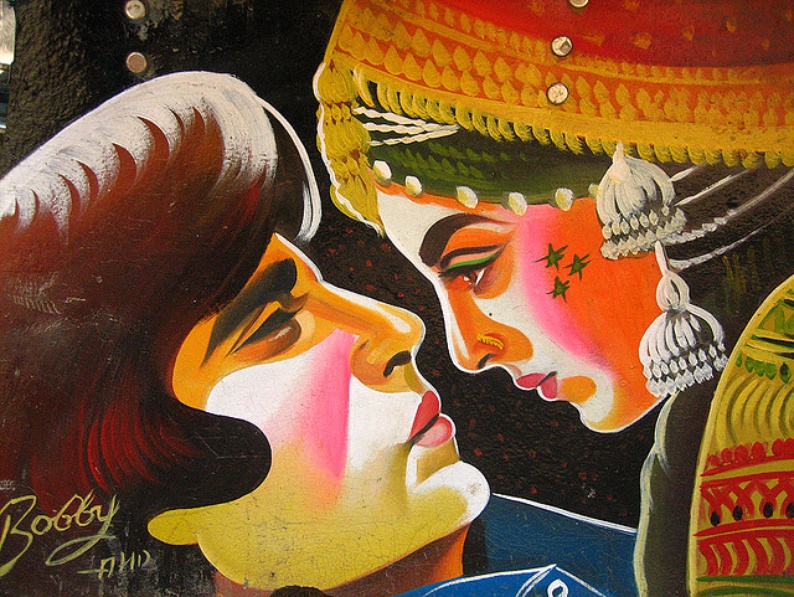 Normal Indians are almost never part of a Bollywood film, not to speak of beggars and the homeless. This is hardly surprising as most cinema goers don't want to be reminded of their life outside their plush seats and prefer to dream about magical wealth and romantic love. The Hindi language film industry in Mumbai caters for this with ease, just as its rival Hollywood is equally concerned with concocting dreams. Thus, most of the films produced by Bollywood are either cheesy rom-coms or action films. But even though Bollywood now churns out more films per year than Hollywood, the American film industry still has the bigger revenues by far. How the fight between these two cinematic giants will develop in the future remains to be seen, but as the population of India is incessantly growing, stagnation in the most extravagant film industry in the world is not very likely.

Still wondering if I was a big Bollywood hit? Find out here.