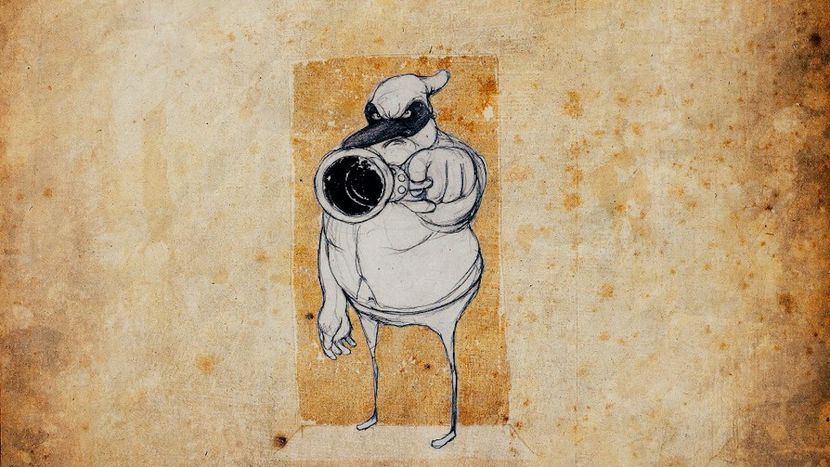 'Girlfriend in a Coma': Film censured by Italy opens in Berlin

Italy has been in a coma for far too long: this documentary wants to wake it up. Director Annalisa Piras herself was at the Babylon Mitte cinema where the audience, mostly made up of Italian expats, was critical yet keen to participate in the debate. One audience member admitted that what they saw on screen pained them

The film Girlfriend in a Coma (2013) looks at the moral and economic decline that Italy has experienced over the past decade, and explores who could possibly be to blame for this, from politicians to business owners, from civil society to the catholic church. It doesn't only try to unravel the dark side of the country, but also ventures to look at possibilities for its future and how it might fight back. The various tales are accompanied by animations and excerpts from the Divine Comedy and, just as Dante placed his contemporaries either into heaven or hell, similarly the documentary divides the country's present figures into 'good Italy' and 'bad Italy' depending on how much they can be considered to blame for the current situation, or whether in fact they are a positive influence on their country. The film was put together by Annalisa Piras, an Italian journalist currently living in London, and Bill Emmott, a former director of The Economist whose book Good Italy, Bad Italy (2012) - a rather troubled story - gave rise to the documentary.

As Piras explains after the showing of the film, there was a lot of resistance to showing their work to the public. Both she and Emmott came up against bans, censors and had to look for alternative means of getting the documentary out in the open. The Italian screening of the film was planned to take place at the national museum of the 21st century arts (MAXXI) in Rome on 13 February, right in the middle of the electoral campaign; unsurprisingly it ended up being cancelled. From that point on none of the big cinema chains wanted to show the documentary. However, civil society came together and organised for it to be shown in the main Italian cities, in collaboration with their universities. Nor did it go any better with television companies. The channels La7 and Sky showed the film but only put it in the listings a few days before its transmission. They tried to publicise the documentary as little as possible to cause as little controversy as possible. 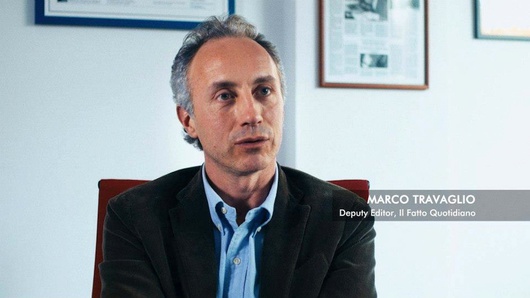 The film opens by looking at the dark side of Italy. The lawlessness of the country is spoken of by Marco Travaglio, the vice-director of newspaper Il Fatto Quotidiano, journalist Roberto Saviano, and anti-mafia prosecutor Nicola Gratteri. In the second part, the good side of Italy is looked at by a variety of figures, starting with Emma Leone, co-founder of Lamezia Terme’s Progetto Sud, which is fighting to create some kind of legality in Calabria, a region oppressed by organised crime. Vincenzo Linarello, president of the GOEL consortium, speaks from the same region, though the objective of his venture is to create a legal economic system which can fight back against the current instability. Business people also get to tell their side of the story - some of them are internationally recognised like Giovanni Ferrero and Carlo Petrini, the founder of slow food, who speaks of how everyone has the right to quality food products and how the farming industry and its employees should be paid a fair price for their efforts.

Bill Emmott’s economic take on the country comes mainly in this second half of the documentary. He highlights the dynamic nature of Italian industry. He addresses those working in design, and producing quality goods in a responsible way, and to those who have a more indirect kind of power based on taste, style and culture. The creators of the documentary also give an insight into social projects against the mafia, such as that of Father Giacomo Panizza from Progetto Sud. They explore the world of culture, which is still holding up well against the decline, and particularly the history of Rome's Valle theatre. The important role that women play in all this is also touched upon; they are painted as the country's great force which is rarely spoken of, if not, at times, out and out repressed, with Cristina Comencini from the movement If Not Now, When? (Se non Ora Quando) finally getting their point of view across.

Good and bad of documentary

'How can you put Fiat, which is represented in the film by Lapo Elkann and Sergio Marchionne on the good side, or Ferrero for that matter?' These were the kind of questions that many asked the film's director at the end of the showing, provoking a lively debate. 'In England, and abroad generally, these are perceived to be the greats of Italian industry,' responds Annalisa Piras. The director also has to defend herself in front of the audience for her choice in painting the former technocrat prime minister Mario Monti in a rather positive manner, even though he is seen as a symbol for Italy's lack of progress by much of the public. 'The film was made in 2011,' she says, 'when people still had faith that the government could be a force for change.'

Throughout Europe, the documentary has been praised for its investigation of the root causes of Italy's problems and into the hopes for recovery which many still hold; that said it has mainly been praised for its overall critique of the Bel Paese. However when the film was over, it was clear that the documentary - which was intended for a non-native audience - has ended up being somewhat redundant for Italians themselves. They are having to hear about the endless problems their country is facing for the umpteenth tim , though they have long since been aware of them. The problem is that this time, they are finding it hard to identify completely with the point of view that is being taken.

'How are we ever going to reach those in the country who won't watch the film and will completely ignore this debate?', is a question that many in the audience must be asking themselves. In other words, how are we going to get back that part of Italy that has separated itself completely from the common good, sinking to the depths of illegality, corporatism, tax evasion, the black market – those citizens who rely on certain political figures to maintain the current (dis)order? The debate is now open. After the showing of the film, it will continue on the website, as it is intended as a project to encourage social participation, where citizens can have their say about the good and bad sides of Italy. Finally, both sides of the argument are being taken into consideration.

Catch the documentary on 9 May in Cambridge, with the voice of Benedict Cumberbatch as Dante

Translated from "Girlfriend in a coma": arriva a Berlino il film censurato in Italia