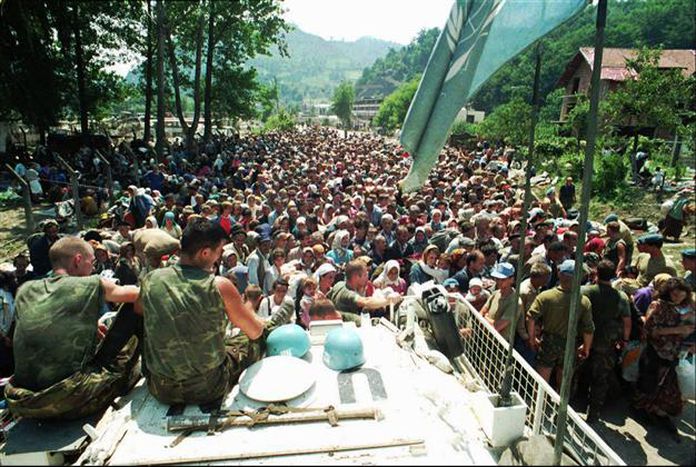 Ghosts of Srebrenica Vs. EU Manipulation

Are we expected to be naive enough to believe all of these are just coincidence while knowing that cinema is one of the strongest propaganda tools?

These are the hard days for an ordinary citizen of Bosnia and Herzegovina. 21 years old Srebrenica ghosts were given peace on Monday. This year's youngest victim was 14 years old, and the oldest was 77. Unfortunately, unknown number of Srebrenica ghosts are still among us. They stand in silence to remind the crime of all.

Loading the sins of Srebrenica on Serbian shoulders alone is one of the greatest mistakes of this conflict. Any society of any nation can be transformed into genocide committer militants by organized political environment and cultural manipulation. So, the true sin is on the shoulders of those who align a society on the horrible path of hateful feelings. This is the critical breakpoint that we should carefully handle in order to prevent future disasters.

With this aim in mind, one should be puzzled to see EU funded culture programme's action in such a sensitive week. 25 years old organization, MEDIA, announced to focus on Serbian films between the dates 11th-17th of July. On the official twitter account of MEDIA, a post about the film director Emir Kusturica is kept as pinned tweet. The name of Kusturica is remembered with his defending role on the massacres of Bosnian War; especially accused of downplaying the number of killed people and the rape of Muslim women during the war. More importantly, Serbia is not one of the countries on the official list of EU funded organization, MEDIA.

Are we expected to be naive enough to believe all of these are just coincidence while knowing that cinema is one of the strongest propaganda tools?