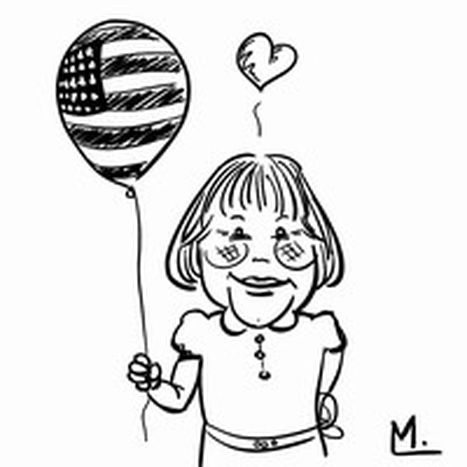 Germany–USA, a real return to friendship?

Angela Merkel seems to think so. But the German electorate (and her own coalition party) may not follow her.

Upon first reading Angela Merkel’s comments in the press, it would seem that the Christian Democrat (CDU) candidate for chancellor has clear ideas regarding the need to renew Germany’s alliance with the United States. Merkel, tipped to win the September 18 general election in Germany, has often spoken of the need to return to ex-chancellor Kohl’s more traditional foreign policy, based on European integration and transatlantic partnership, which, rather than being antithetical, are complementary. Germany seems set to resume business as usual with the United States.

But the position of the CDU-CSU coalition on transatlantic relations is less clear-cut than it looks at first glance. Merkel’s view remains ambiguous. During the extraordinary CDU Congress in Dortmund on August 28, the chancellor-candidate surprisingly “skipped the first part of the text in which the all-important reconciliation with America was defined”, revealed Andrea Tarquini in the Italian newspaper La Repubblica the following day. In this electoral campaign, centred on the failure of Schroeder’s government’s policies, foreign policy is one of the few weak points in the CDU’s programme.

It is almost as though Frau Merkel senses that the relationship with the United States could be one of the more delicate topics she would have to confront were she to accede to the governing position. During the Iraqi crisis, her popularity dropped to historical lows. Her tenacious defence of American policies was severely tested within the coalition. Stoiber, Prime Minister of the German state of Bavaria, for example, did not hesitate to ride the tide of pacifism of German public opinion, which opened a breach even amongst the supporters of the centre-right. The situation could become even thornier were a new transatlantic crisis to rear its ugly head – on the hypothesis, for example, of an American invasion of Iran.

The Iraqi crisis will not be forgotten easily because, according to the analysts, it is simply the extreme consequence of the great changes in transatlantic relations after the end of the Cold War. There are two theories that explain Germany’s separation from the old American power: the first stems from the growing awareness that unified Germany has a new international role. The second arises from a more pan-European separation from American supremacy. Both tendencies are widely supported by the German electorate, and Merkel knows it well.

The feeling is that, despite all the optimistic headlines that announced the possible return of a union between Germany and America, a Merkel government would be more cautious than so far anticipated. The tone will be more conciliatory and Merkel will try to downplay the impression that she is trying make Germany an equal power to America. The first step in this direction will be to abandon moves towards the establishment of an axis with Moscow. We may also see more prudent steps in the relationship with China, such as a new request to lift the embargo on Chinese weapons, in line with Washington’s wishes.

The shadow of Turkey

In other words, there will be an attempt at smoothing over the more controversial aspects of Schroeder’s foreign policy, beginning with the overly aggressive stance adopted (according to some) to secure a permanent seat on the UN Security Council. There will also be an attempt at learning from the mistakes of the previous government and avoiding steps that could be seen as contrary to the interests of smaller countries in the EU which are favourable to establishing a Franco-German leading power within the EU. This neo-Gaullist project failed in the light of the clear European division over the Iraqi crisis and the decision to shelve the project of setting up headquarters for the European military forces (independent from Nato) in Tervuren, a suburb of Brussels.

But the feeling is that the destiny of the transatlantic relationship will depend more on the attitude and choices of Washington than on those of the Germans, who will have to wait for its next move. We must not forget that one of the few points on which Merkel has been clear concerns the refusal to accept Turkey into the EU: she only wishes for a ‘privileged partnership’, which, we might add, is diametrically opposed to the position of the United States.