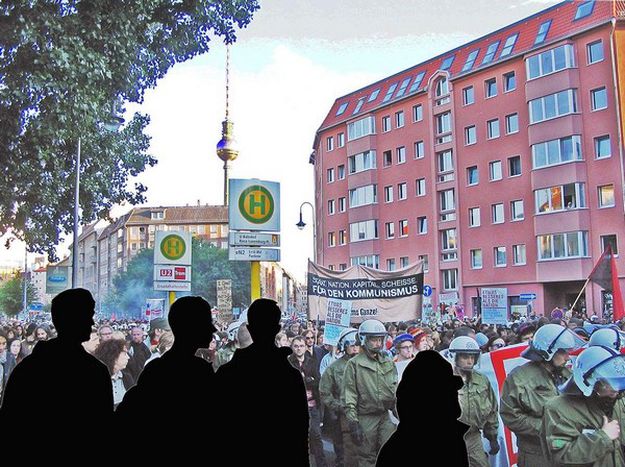 On 23 May the Germans celebrated the 60th anniversary of their Basic Law. May 23, 1949, the day the constitution came into effect, is at the same time regarded as the birth of the Federal Republic of Germany. Review of the press headlines in Slovenia, Denmark, Germany and Poland

'Bind with Europe for the common good' - Delo, Slovenia

The daily writes that since the second world war the Basic Law has become a 'true point of identification' for the people living in Germany: 'The solidarity with the liberal values of the Basic Law were to blossom into true love of the homeland. Today, 60 years after its adoption it is still regarded as a text that has been a driving force behind democratisation as well as Germany's economic miracle and that does not just have economic dimensions. After the end of the cold war and reunification Germany has become a different state, one which has gradually freed itself of the burdens of its past and is now resolutely defending its own interests. Despite the warnings of former chancellor Helmut Schmidt that Germany should be less active in foreign policy the country has an army presence far beyond Europe's borders. The biggest challenge for Germany remains that of binding its own interests as much as it can with those of Europe for the common good' (Peter Žerjavič)

'German fans first waved the black, red and gold flag during the 2006 FIFA world cup. That's how long it took for them to be able to make a show of their national pride,' writes the daily. In the last 60 years Germany has also played a remarkable role internationally, the paper comments: 'No one speaks out so strongly in support of the small EU members as Germany. This also benefited Denmark after the Danish rejection of the treaty of Maastricht in 1992. And Germany always demonstrated such reserve in international affairs that paradoxically its former opponents finally had enough and prompted it to take a more active role. Only recently has Berlin begun to participate in UN military missions abroad. Germany is a success, a long string of democratic triumphs. If you consider where it was in 1945, it's no wonder the word 'miracle' is used so often to describe the country's new face'

The daily praises the resilience of the German Basic Law: 'The German unification came about constitutionally. The Basic Law provided the ideal framework for that development - despite what its critics were saying twenty years ago with their democratic-cum-romantic plea for a new state framework to be worked out by constitutional convention. Politically, economically and intellectually, the decades of separation have nevertheless left their mark and posed new problems.

The social state has come under pressure, the party system has changed, and political discourses in western and eastern Germany show that the German unification is still not fully completed. Our political system will also pass this test. The Basic Law is flexible enough to withstand the resulting pressure, and open enough to see through other changes - for example European unification' (Günther Nonnenmacher)

The daily calls the founding of the Federal Republic of Germany 60 years ago an 'incredible stroke of good fortune in the history of Germany': 'For the first time [the Germans] can celebrate all they sing about in their anthem: unity, justice and freedom. Destiny has given them even more, namely prosperity. It's a shame that the front-page story in the weekly magazine Der Spiegel [about Adolf Hitler's helpers in other countries] has dampened the festive mood.

When on 23 May 1949 the parliamentary council in Bonn announced the adoption of the Basic Law, Germany was a divided and non-sovereign country. For this reason it was decided not to refer to the Basic Law as the new German constitution. The west Germans have been able to extend their freedom quickly and without violence. The key to this was integration into the west' (Andrzej Godlewski)