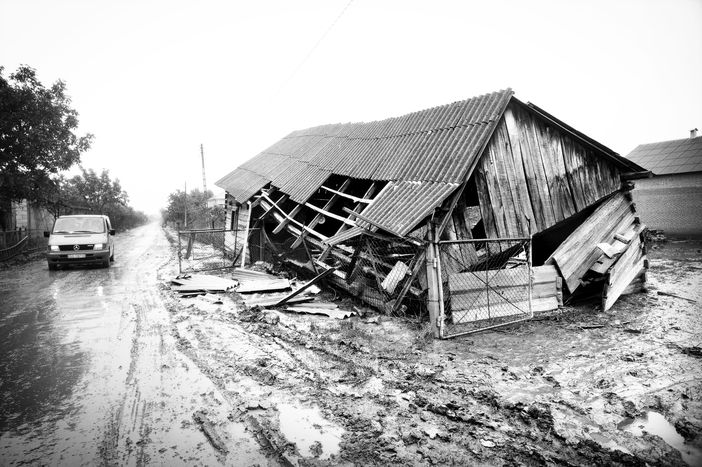 The Dutch, Czech and Polish media bemoan the lack of preventive measures and criticise the irresponsible behaviour of some politicians

The floods in Central Europe show that politicians have taken too few precautions, writes the daily, criticising Poland in particular: 'Germany went to work but its neighbour Poland has done far too little. The serious consequences of this negligence are visible today in Central Europe. Moreover the Poles are still making the same mistake that the Netherlands has made in some parts too: they continue to indefatigably build in river basins and regions prone to flooding. Infrastructural interventions that increase security, good maintenance of dams, carefully considered deforestation. These are decisions, preventive measures with which politicians perhaps can't shine in the moment they make them but which can be of vital importance.'

The clean-up has begun in Czech areas devastated by floods last weekend. In a commentary for the liberal daily, Radim Tolasz, the deputy chief of the Czech hydrometeorological institute, asks why so little has been learned from the ever-more frequent floods: 'Part of the population pays no attention to weather warnings; still others just don't believe them. Only part of the population seeks out more information and acts on it. A warning about heavy rains isn't necessarily a signal to flee, but for anyone who lives on the water, it is a call to attention. Unfortunately, we have become inured to news about huge amounts of rain, and give it short shrift. How else could someone possibly refuse evacuation? This threatens not only his own life and that of his dear ones, but also forces the deployment of rescuers when it's almost too late'

'It simply can't be that no one is to blame' - Fakt, Poland

Disastrous floods on the weekend destroyed more than 1, 000 houses and caused heavy damage in the south-western Polish city of Stadt Bogatynia. The tabloid is annoyed that no one is willing to assume responsibility for the extent of the damage: 'The mayor complains that no one warned him about the tidal wave. The minister responded that his officials informed the districts about the weather forecast, 'but someone didn't take it seriously enough'. Which of the two is lying? They won't tell us. It's irrelevant. But it simply cannot be that no one is to blame for the destruction of the city. The hydrologist responsible for the area can say that 'you can't win against nature'. They can repeat a hundred times that a situation like that in Bogatynia couldn't be predicted. But it was raining, it rains again and again and it will continue to do so' (Tomasz Kontek)