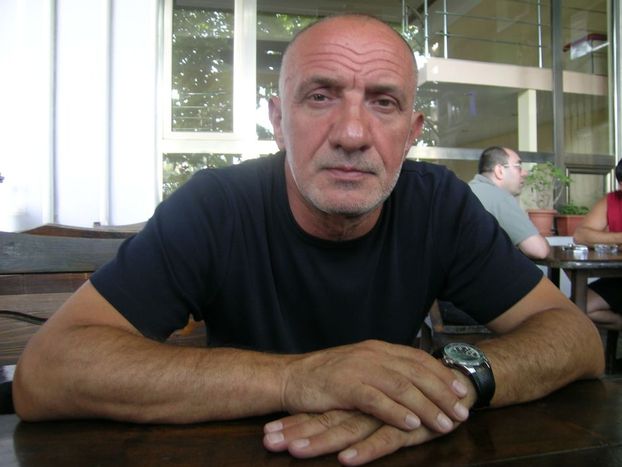 Georgi Khaindrava: ‘Russia can't remain a member of the G8’

Interview with the Georgian opposition leader, who served as minister for conflict resolution with the breakaway regions under Saakashvili but was removed from office in 2006

Former film director Georgi Khaindrava is one of the most prominent figures of the Georgian opposition. In contrast to most of the other opposition leaders who won't criticise the Georgian

president while Russian troops remain in Georgia, Khaindrava doesn't mince his words. As a minister, Khaindrava was dismissed by president Saakashvili because he opposed a military venture for the recovery of the breakaway regions.

Why aren't the Russian troops withdrawing?

Can you think of a single occasion when Russian troops just withdrew from somewhere? It took them seventeen years to withdraw from Afghanistan. Of course the Russians are looking for excuses to stay in Georgia. They are taking all they can from the country. The aim is the destruction of Georgia as a country. If you look at the tactics behind the bombing you can see that they are destroying the civil and military infrastructure. That means ports, communications and economics. They will stay in Georgia for as long as the West will tolerate.

Who is to blame for the conflict?

We are to blame because our country is near to Russia. We have lived with Russian aggression for almost 200 years. Russia has been an imperial, aggressive land since the ninth century. It has never

changed. Russia is the initiator of the barbarianism that exists in Georgia today. Of course the Georgian leadership and Saakashvili also hold some of the blame for allowing the arbitrariness of the Russian military. As early as a month ago, Russia held a military drill under the title ‘Caucasus 2008’ in which soldiers were trained in how to occupy Georgia. The fact that this hazard became a reality is the fault of Saakashvili.

…a crime against his own people. We are in a catastrophe with thousands of victims, tens of thousands of refugees, a ruined infrastructure, and a ransacked and virtually occupied country.

You are a well known opposition leader. How does the government react to your criticism?

The press is controlled by Saakashvili's party‚ 'The United National Movement', and has just started a psychological attack against me. I've been getting threats over the phone. I am being followed. A member of our 'committee for justice' – a non-governmental organisation – was taken for interrogation by the secret police. Under Saakashvili's regime, there is no freedom of the press anymore and we have no impartial courts either. In  2007, a peaceful demonstration was put down by army units with gas grenades. Then there were the numerous falsifications at the parliamentary and presidential elections. The independent TV station Imedi was shut down.

Because the US administration and the leaders of the European countries are turning a blind eye on the tyranny in Georgia for superior, geopolitical reasons of their own, and the completely unbalanced Saakashvili is receiving international support, despite the fact that he is practically leading a Soviet regime in Georgia –an international crisis was bound to come about. The coalition of the nine Georgian oppositions parties have made clear that Saakashvili will not be criticised so long as Russian troops remain in the country. Russia could exploit the criticism of the president . I don't agree with this position because the Russian troops will remain in the Georgian crisis area for a long time yet. This puts us in a difficult position because it means that Saakashvili has unchallenged power. In such situations it is hard to just wait for improvement.

Should and can Georgia become a member of NATO?

With Russia lying just forty kilometres from Tbilisi, I can't imagine how Georgia could become a member of NATO. If NATO membership is only possible if we lose Abkhazia and South Ossetia at the same time, membership makes no sense for us. In my opinion, the position of the west in the NATO question isn't right. You shouldn't have to be a member of NATO to ensure that you don't get attacked by tanks. Should NATO troops be sent in so that the Russian ones leave? Certainly not! Economic levers should be used. Today, Russia's economy is dependent on the west in many respects. Russia can't remain a member of the G8.

Ulrich Heyden, the author of this article, is a member of the German writers network n-ost (based in Berlin)