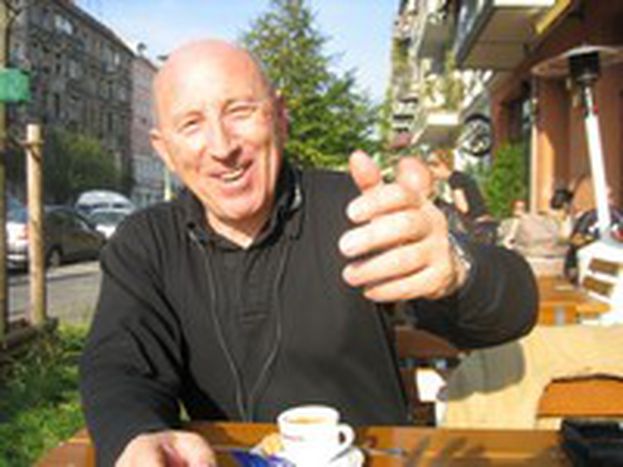 Georges Marion: France as the centre of the world

The French journalist and long time foreign correspondent of the daily 'Le Monde', 64, evokes the subjectivity and relativity of the job, insisting on the importance of an identifiable Europe

Georges Marion arrives with the most timed lateness. The venue for this meeting: 'Sarah Weiner', a packed café nearby the Unter den Linden, the grand historic avenue of eastern Berlin, which today is the political epicentre of reunited Berlin.

As a former Le Monde correspondent in Algeria, south Africa, Israel and Germany, Marion is used to interviews. Just how many must he have already done as a journalist? Hundreds without doubt, maybe even thousands. In his eyes, a successful interview is one that retains its significance long after it has been completed and the subsequent report published.

On the contrary, a bad interview is one that does not reveal anything new. And my guest illustrates this point by recalling a meeting he once had with former French president François Mitterrand. 'I went to see him for a book that I was writing. He just bawled at me for the articles that we had published in Le Monde on the Irish of Vincennes and the Rainbow Warrior affair.'

It has to be said that Marion is hardly one to pass on the baton. In 1976, he made his first steps in the profession by participating in the launch of the 'rouge' paper, the main publication of the LCR left-wing political party. It was after many experiences as a militant in the 'youth' sections of the political parties that this love of words encouraged him to launch himself into the field of investigative journalism, armed with a sociology diploma.

The journalism schools were hardly valued in society, and the profiles of the future pen scribblers really varied, from doctors to architects. 'I was not really bright enough for sociology,' Marion admits. 'On the other hand, I was good at observation, and putting into perspective and resolving the social equations given. And I believe that the best journalists are those that adopt this thought process.'

Marion went firstly to the satirical Canard Enchaîné daily, where he perfected his investigative techniques, particularly when it came to delving inside politics. Then after heading to Le Monde, his work led him to denounce the attitude of the government at the time, often to the maximum possible point he was able to get away with legally. His articles were going to provoke many political-judicial scandals. 'It was not the judicial consequences that interested me,' Marion says, 'but the connection with the people.'

It is all a question of putting things into perspective; 'because there is always a subjective part to our work,' he explains. For Marion, the role of the journalist is not to provoke a political or institutional change; it is more about bringing opinions to light. In spite of this, he does recognise that the articles published in Le Monde based upon tapped telephone conversations from the Elysee palace did contribute in a good way to the evolution of legislation.

A long-time correspondent in all four corners of the earth, Marion talks about the saving grace of distance that allows one a view of the French society from the outside. Profoundly French, engrossed in the culture, history and national symbols, Marion remains shocked by the opinion of the French that out European neighbours hold.

'If we do not leave France, how would we know that lots of Germans speak of us with a large degree of irony as a 'big nation'?' he notes. 'These experiences have taught us a certain sense of relativity. If we remain in France, we think of ourselves as being the centre of the world.'

Having arrived in Berlin in 2001, Marion speaks fluent German, albeit always with a hint of worry about not been grammatically correct. 'If you do not speak the language, there is always a reality which escapes you. In order to take this reality into account, you have to know how to interpret the countries' culture: the word games, the scandals, the television programmes, the fantasies…'

Nevertheless, he regrets that his task as a foreign correspondent is limited by time. 'The ones in charge think that if you know too much, you are no longer able to look at things in a new light.'

Heading to the right

A frequent traveller, active and attentive citizen, he thinks of himself as being very 'European', but does not hide his doubts. In his opinion, everyday there is a new reason to be delighted with the European project, and everyday there is also a new reason to be annoyed with it. If Marion praises the combined actions of the European countries to help Greece, ravaged by the fires this summer, it is because in this heart he has denounced the subsidies that have been afforded to Radio Maryja, a Polish Catholic radio station, overcome by extremism and anti-Semitism.

Very aware of the phenomenal ideological resurgence of the extreme right, my guest is even persuaded to say that the progressive construction of a European identity is fundamental in order to fight against these evolutions. 'The increased controversy at a European level during the rise of Austrian leader Jörg Haider has had an important impact on Austrian public opinion, probably influencing their vote as a result.'

Marion admits to have voted 'yes' to the European constitution, and is convinced that a new solution will be found to advance the process. 'Policies have the fear of nothingness,' he says.

For him, Europe is not only political, but also historical and so must become identifiable. 'In fact, we are observing a harmonisation of social aspirations and their consequent economies on the European market. One of the perverse effects of the overall increase in salaries and social skills can be found in the foreign companies operating in China or India. Evolution, however, remains the most important thing. Skills are like rights.'