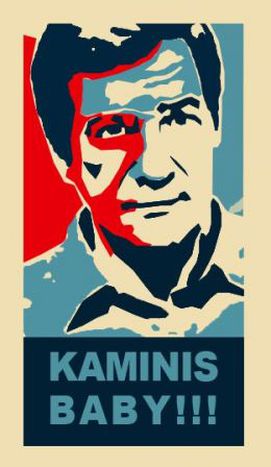 George Kaminis, Giannis Boutaris and the first ''social media elections'' in Greece! Yes we can!

Yesterday night was a surprise to whoever came to Athens. It was a feast, an unexpected event. Even the most optimistic could not have foreseen that George Kaminis and Giannis Boutaris would manage the impossible: to bring together around them, those creative people who are fed up with all the old-cutting politicians.

Kaminis was the former Greek Ombudsman who was 10 years in office and was regarded as a very progressive non-political person. He had to run against Nikitas Kaklamanis, the current mayor, who was regarded my many as non-succesful, and was supported by the Conservatives and those in far-right. Kaklamanis's last interview in a free press was regarded as really arrogant by the voters who couldnt forgive him for December riots on 2008 and the terrible situation of the city in terms of cleaning and immigration.

Boutaris was an entrepreneur famous for his wines in Greek Macedonia. He worked really hard to preserve the traditional Nymphaion village where the NGO for the protection of bears has its headquarters. After his actions the tiny village soon became a tourist spot. He was famous for being an alcoholic in the past, a problem that he overcame succesfully. He is regarded as ultra-liberal, and over the last days he had a conflict with local bishop Anthimos, whom he called ''mujahedin''!

Five messages were sent to everyone yesterday and especially to our political system:

1. ''People dont give a shit about the politicians'' was Stefanos Manos's explanation for the abstention. I think that with a 50% abstinence this is more than clear.

2. The election of Kaminis and Boutaris in Athens and Thessaloniki respectively, showed that creative individuals who are thinking beyond political parties and who are in need of solutions, can take matters into their own hands! This was the first time after 26 years that Athens and Thessaloniki voted for a left-centered candidate. Furthermore, they were both supported by different political parties, including the governing one.

3. The parties must finally take the lesson that it is good to trust the urban movements and non-partisan candidates. The PASOK party (Socialists) bet some coins on two lame horses, and last night both horses won the race! So it is time that those in party offices should hear at last the message from the society: ''We are ahead of you''!

4. The 2010 elections were the first social media elections. Facebook and twitter literally took fire yesterday. Especially after 14:00, when some blog posts pointed a high abstinence, and that George Kaminis was slightly behind, the people were organized and swept their friends, regardless of of municipal factions ''social media strategies''. 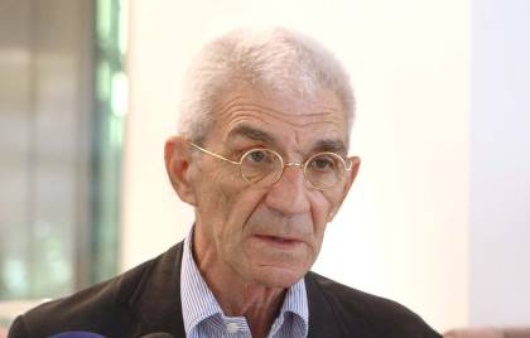 5. The position of George Amyras, who was also an independant candidate and took almost 8% on the first turn, set the tone that the voters are not sheep whom you can lead. Amyras some days before said that I cannot tell the voters to vote for any candidate, since their will is independant. This was a huge step, since both the media and the politicians were discussing all these days where the votes will be given, like if voters had no personal will!

It is time to overcome the ideological rigidities of the past and generally support people who are able, visionary and offer practical solutions regardless of political parties. Greece, despite the financial crisis showed the way:Yes we can!