Geo-economics: The Trial of Strength Will Continue

The advent of Bush coincided with an increase in the EU’s economic power. Kerry will not bring the confrontation to an end. But the rules could change. 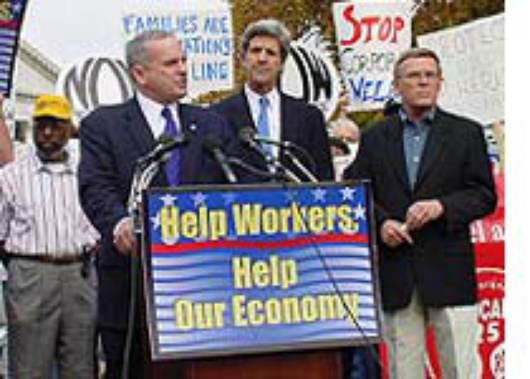 There is a beautiful blue sky over the Atlantic during one of my innumerable journeys to Washington. I daydream whether the world will be a different place in a few months time if the Democrats win the American elections. But how would the superpower’s international economic policy change? And, in particular, what would be the consequences for Europe?

Kerry and Clinton: one and the same?

In economics like in politics the Democrat candidate, John Kerry, has a clear multilateral stance which could suggest for Europe another Clintonesque situation which guaranteed America moral and political leadership and allowed the rest of the world to feel that they were contributing to peace and global prosperity. In reality, the geopolitical balance did not change in the changeover from Clinton to Bush Jr. What is new is the Republican administration’s extremist unilateralism, which has violently stripped away the cushion of multilateral financial institutions which Clinton had wisely used to shroud those economic and political power relations. Just think about the strong support given to the WTO (World Trade Organisation) and to the IMF, saviours of the Mexican economy in 1994 and the Asian one in 1997. Or think about those free trade policies communicated by NAFTA (North Atlantic Free Trade Alliance) and the initiative to reduce debt in the poorest developing countries.

Instead, not only has the Bush administration turned the page on Clintonesque multilateralism but, with respect to the EU, has emphasised a move away from an attitude of benevolent support, or at least neutrality (take, for example, the introduction of the euro), to one of veiled hostility. The reason is simple. The advent of the Republican administration coincided with the EU’s attempt to define its own geopolitical and geo-economic role along different lines from the United States. For example, the Union has tried to propose a more socially aware approach to the market economy (pensions, health insurance, unemployment benefit, workers rights and so on) rather than concentrating on competitiveness or growth. Washington, in turn, was unable to channel the EU’s aspirations in the right direction following the best Atlantic traditions. Instead, the Union could have proposed a policy of improved opening up to international trade. Amongst other things, that would have avoided the failure of the WTO negotiations in Cancun.

A possible Kerry administration would certainly favour a more relaxed tone and an attitude of better co-operation, but the EU’s new geopolitical aspirations would remain. Europe is partner, but in economic terms it is also a competitor. It is therefore normal that reciprocal interests are sometimes in conflict in the global market. However, this should not call into question the common values which are the basis of liberal democracies and Western economies.

If Brussels doesn’t want to follow in American footsteps

As for international trade and the dollar, not much should change with Kerry. The United States are among the main foreign investors in Asia and they therefore not only contribute to the economic growth of the area but are also the principal beneficiaries of profit flow. As for WTO negotiations, everything will depend on the EU’s ability to change the Common Agricultural Policy (CAP) by opening its own market up to international trade. Moreover, it could push the USA to imitate it, beginning a virtuous circle which would also help many poor countries.

Policies on the dollar will not change either. And for good reason: the euro-dollar relationship is relatively adequate. It is up to Europeans to aim for a competitive and innovative economy, and to avoid sinking into a possibly favourable exchange rate or asking the USA to take on the role of a global growth locomotive, thereby also taking on the consequences for such action.

The reality is that Europe has everything to learn from the internal debate in the United States. With a view to the elections in November, Bush is going to aim for a renewal of the economy – putting the disastrous foreign policy to one side as far as is possible – and will propose an economic vision for the next four years based on high flexibility, research, technology, a large reduction of bureaucratic constraints, and an international free market. On these fronts, Kerry has not yet defined a precise strategy, but so far he seems more worried about the budget deficit and has abandoned grand health reform projects in favour of strengthening current programmes.

It was the very same Kerry who claimed that in economic policy he will follow in Clinton’s footprints: “If you liked what Clinton gave you in eight years, you’ll love what Kerry will give you in his first four”.

And Europe? The EU should really emulate Bush’s élan, which corresponds to the Lisbon Strategy, without neglecting Kerry’s fiscal prudence. But Brussels still doesn’t have the necessary political momentum to impose similar reforms. This explains why the Lisbon project – which aims to make the EU’s economy more competitive in the world by 2010 – is not yet credible. Europeans are struggling with stagnation, but they have not confronted the root of the problem. They still think in terms of increasing public spending, when what is really required is defining structural reforms in the various sectors of the economy, investing in research and technology, and opening up strongly to international trade. That is true whoever wins America’s election.