Gay marriage is a necessary evolution 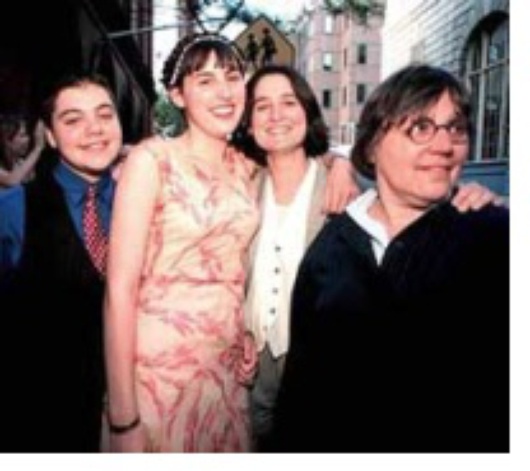 The issue of gay marriage is closely related to society’s perception of male and female, a perception which is, in fact, totally out of step with reality and which does not take into account social evolutions which have been taking place for many years.

Those who are against gay marriage put forward what is considered to be an unanswerable argument, namely that accepting it would quickly lead to demands by gay couples for the right to adopt. The sceptics imply that this demand is both dangerous and wrong, as bringing up a child requires the presence of both a man and a woman because the sexes complement one another. Although it is more likely that the adoption issue would become more acute if gay marriage were accepted, these two demands should not be confused. Such confusion infers that married couples are obliged to have children. If this were the case, it would mean that married couples who cannot or do not wish to do so are breaking the law and only a dictatorship would force couples to have children or not.

Psychoanalysis has shown that a child needs both rules and affection to grow into a healthy adult. Every parent, of whatever sex, should be capable of providing this. And if a child does not find everything they need within their own immediate family, they can look for it elsewhere. It has long been the case that children are actually brought up by family in the wider sense of the term (grandparents, uncles, aunts, etc.) and society as a whole.

Apart from a desire to keep society patriarchal at any price, and not to go beyond what has been culturally determined, there is no reason for women to be excluded from hereditary law and men from expressing their sensitivity. It has been demonstrated that the roles attributed to each sex are no longer rigidly defined. The fact that the State as an institution does not accept gay marriage highlights two crucial issues: neutrality in terms of the sexual orientation of citizens and respect for the principle of equality. Men and women who care about democratic values must question how the principles of which they are the guarantors are applied, to determine whether or not these principles are challenged by archaic practices. Thus, passion for democracy should be fed by 'ethical reflection'.

In France, prior to the introduction of the PACS (Pacte Civil de Solidarité) the debate over the legislation was polluted by political considerations, which managed to get the upper hand of the ethical debate. PACS was made law and, despite its imperfections, represents progress. But the debate was insufficient and thus five years later the gay marriage issue is re-emerging in France; a situation repeated across Europe where similar problems are surfacing. This time, a proper debate should be held which does not skimp on real ethical reflection. Such a debate is only possible if it can be admitted that, as in science, no progress is possible without challenging the theory and no evolution is possible if society does not agree to debate and challenge what it previously viewed as unquestionable. This is what ethical reflection aims to achieve.

It would be a shame if society ground to a halt because of a fear of innovation. By recognising gay marriage, Holland, Belgium and Spain have been able to move forward. It would be incomprehensible for other European countries, for whom freedom for their citizens is a given, to cling to dogmatic positions on gay marriage.