Garbage: "Europe has learnt tolerance out of necessity"

When American-Scottish rock band Garbage released their first album in 1995, a Clinton was in the White House. Now, as they tour Europe after the release of their latest album Strange Little Birds, history could be about to repeat itself. We talk to guitarist Steve Marker and bass player Duke Erikson about politics, making an independent record and (of course) James Bond...

cafébabel: How are you guys finding Paris?

Steve Marker: Over the years we've been here probably two dozen times, but it's always the greatest place to come to. Just walking around, it’s staggering.

cafébabel: How do you find French audiences react to you, compared to audiences in the US or elsewhere in the world?

Steve Marker: I never really figured out if there's a big difference between audiences, really, or between different countries. Sometimes people are more up or down than the night before but really... The French are great, but so are the Dutch and so are the English.

Duke Erikson: I think there's a difference in the atmosphere. In Germany they seem to study you just a little bit more, even though they're enthusiastic. In France it's more passionate, and in Spain it's even more so. But I agree with what Steve said, that the difference is pretty minimal. Everyone around the world responds to music, especially live music, pretty much the same way.

cafébabel: You've talked about Paris in particular, are there any other European cities you have a real affinity for?

Duke Erikson: I just love being in Europe in general. I love the feeling of being in a place that has a much deeper history than America. America is so young, and you can feel that. Here you feel like you're a part of something more... respectful almost.

Steve Marker: I think in a lot of ways, especially right now, there's a greater sense of tolerance.

Duke Erikson: Everywhere on the planet is more tolerant than where we come from, right now.

Steve Marker: It's fucking scary where we come from. I don't know what's going on... I thought we were supposed to be moving forward, not backwards. 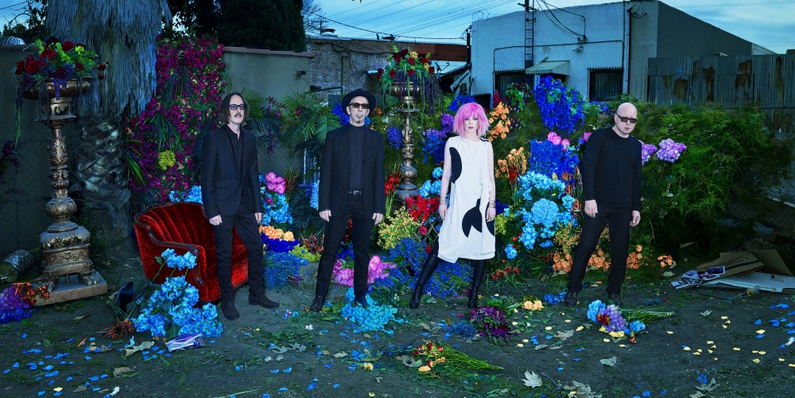 cafébabel: To talk about the US elections a little more - is the state of Wisconsin, where you guys come from, a traditionally Republican or Democratic state?

Duke Erikson: Where we we come from, Madison, is a very liberal city right in the middle of an otherwise fairly conservative state. But this year, I don't know. It goes back and forth really.

Steve Marker: Well we had Scott Walker, this right-wing tyrant, who came to power a couple of years ago out of the blue. An awful man, almost a precursor to Donald Trump. But I live in Colorado, which is a typically conservative, Republican ranching state, and we're basically swinging pretty nicely towards the Democrats now.

cafébabel: How does it feel, so close to the election, to be on the road and an ocean away?

Steve Marker: It's so weird. I managed to vote before we left the US, but the night of the election we're going to be in Denmark. There's going to be some wicked hangovers the next day.

Duke Erikson: I'm going to watch the whole damn thing. I'll be up all night.

cafébabel: Why do you feel there's a greater sense of tolerance in Europe?

Steve Marker: A few glaring examples in European history aside, I think that a lot of people have been crammed into a very small area for thousands of years and have had to learn how to get along with each other. That's what I mean by tolerance - respecting your neighbours out of necessity. It seems like you've achieved a reasonable consensus, usually. Americans, more recently, just want to tell their neighbours what to do.

Duke Erikson: There are a lot of the same factions that are bubbling up though, in France and in Germany and in England now, the same thing that's happening in America. And any politician can play on that and get a lot of notoriety and a lot of attention, just by playing on that fear of everything!

cafébabel: Earlier this year the singer Lily Allen was receiving horrific abuse on Twitter for her political views. Have you ever received backlash like that on social media?

Steve Marker: Shirley [Manson, lead singer of Garbage, Ed.] gets it on Twitter, and it's unbelievable. Any time she says something against Trump, there's an army of idiots that spring up. And we're not even that high profile!

Duke Erikson: I am really surprised at the fact that anyone who's voting for Trump actually reads Shirley's tweets. Who are these people, that follow Garbage and are voting for Donald Trump? I don't get it!

cafébabel: Let's talk about your latest album Strange Little Birds, and the fact that you released it independently. What made you decide to take that route, and how do you feel it changes the creative process?

Duke Erikson: I think one reason we took that long break [from 2005 to 2012] was our disillusionment with the music business. It was no fun any more. We felt pressure from outside to make a certain kind of record, and we didn't feel like we were in control of our careers or even the music we were making. It wore on us really heavily. Doing everything for ourselves has worked really well for us. It took off so much pressure in the studio, nobody coming in to see how we're getting on, which is an awful feeling. It means a little more responsibility - we have to deal with numbers sometimes, which we're not good at, and that's a whole other side of the brain!

Steve Marker: I can't think of any reason why we'd want to go back. The business has changed so much now, from when we were starting. We were lucky to get going when we did, when the music business was actually a working entity, but it started to fall apart and people starting becoming negative because we weren't making them enough money. It sucked. If we were starting out now we'd just be like everybody else, one of those 10 million bands on the internet that are hard to find.

cafébabel: You've said that the new album has a very 'romantic' feeling to it, but there's also an element of 'darkness'. Is it difficult to reconcile those two ideas?

Duke Erikson: I don't think we're doing anything all that different from what we've always tried to do - make something with depth, something that isn't afraid to draw from different genres of music and different moods. We just see it all as being part of the human experience, really. I think we managed to do it more successfully on this record because when we started out we all seemed to be going in the same direction. And luckily we maintained that through the whole process of recording. It made the record stronger, and so much more enjoyable to make.

cafébabel: So you're on tour now for the rest of the year pretty much; what happens when you finish?

Steve Marker: We were talking the other day about how it's important that we don't take a break. You're tired at the end of a tour, but you also have a certain amount of energy and a momentum, and taking six months off to go sit on a beach or something wouldn't be effective. We're already talking about more recording and touring for next year.

Garbage's theme for The World is Not Enough (1999)

cafébabel: One last question... we couldn't have an interview with Garbage without talking about James Bond. What are your thoughts on the songs that have come after 'The World is Not Enough'?

Duke Erikson: They haven't been remotely as good [laughs].

Steve Marker: I thought Adele did a pretty good job for Skyfall.

Duke Erikson: Yeah, it had nods to classic Bond but it was also really modern.

Steve Marker: You talk about the music industry being a bunch of wankers, the film industry is a million times worse. Knowing how much we got fucked with trying to do our song, how much they changed the mix... there were so many rules. But I think Adele did a really good job. It sounded to me like she did it her way.