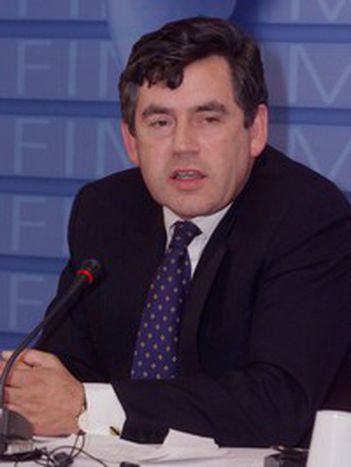 Lights, camera and action! Even though it may look like it, it’s not a Hollywood mega production. It’s G8 in Gleneagles where, from 6-8 July, Blair will be playing a starring role.

If there is a political event which holds more interest for the media than Tom Cruise’s love life it is, without doubt, the annual summit of the Group of Eight. This top-level but laid back reunion, often conducted without ties and with feet on the table, unites the leaders of the seven most economically powerful countries on the planet in the company of the President of Russia. In between photographs, it is during this worldwide committee that decisions regarding global politics take place.

The Blair-Brown duo has made a bet to use the Gleneagles Summit to showcase a revitalised British leadership, determined to fight the chronic poverty of the African continent and climate change. In doing so, the newly re-elected government has played all its cards. This could be the golden chance for the United Kingdom to perform the privileged role of bridge between Brussels and Washington, a part it has always wanted to play. A part which means mediating between the moral authority and global model defended by one side, and the capacity for action and indisputable potential of the other. Britain’s dual presidency of the G8 and the EU is a historic opportunity. Nevertheless, we should ask ourselves if the summits involving the London-Brussels-Washington triangle, that Blair and Brown are trying to steer, are the most appropriate way to proceed. On the one hand, faith in the international alliance with America has been shaken. On the other, doubts arise over the moral leadership of a Europe submerged in crisis over its political model, its potential enlargement and differences over the Community budget.

Blair’s diplomatic activity over the past few weeks has managed to gain several important concessions, which might save the summit’s reputation. But the outcome and practical repercussions of Gleneagles are a different matter, even though it has to be recognised that Iraq and terrorism have finally been moved further down the list of priorities on the international political agenda. The British proposal to cancel Africa’s $80 billion in debts and double financial aid to the continent, in exchange for structural reforms in matters of corruption and human rights, has been turned down. The other seven countries, with the United States at their head, have only agreed to cancel the debt of 18 countries owed to international financial institutions, but not with those with private creditors. Furthermore, the White House refuses to increase subsidies to the poorest countries, due to differences regarding remission methods. And all this is without getting to the real problem, discussion about which has been avoided thus far: the shameful protectionism of western agricultural markets. Then, of course, there is the environmental issue, over which no formal agreement will be made, other than the usual declarations of good intentions. No matter how you look at it, all improvements will insufficient to achieve the UN Millennium Development Goals or stop the deterioration of the planet’s environment.