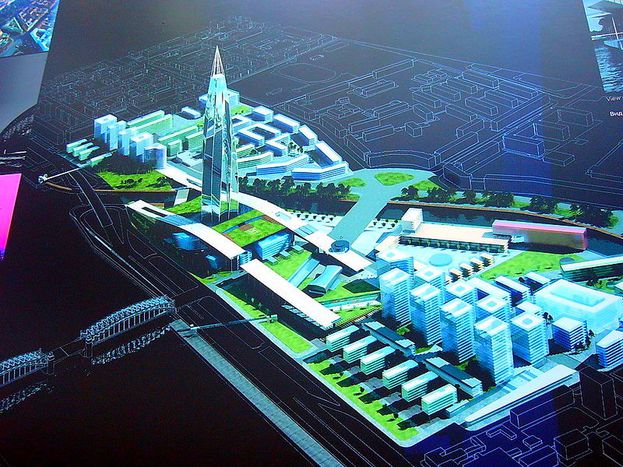 As the British and Russian prime ministers meet for the first time since the latter's March election in Japan between 7 – 9 July, a look at the foundations of a new renaissance in British-Russian relations

Peter the Great invited Italian architects to build his new city when he set out to transform Russia in the eighteenth century. Today, the British are building Russia. Things haven’t been going well between the two. After a decade of minor diplomatic incidents and spying accusations, matters came to a head in January 2008 with the closure of two out of three British Council offices outside Moscow, the poisoning of former Russian spy Alexander Litvinenko in London and the visa denials of 42 of joint oil company venture TNK-BP’s international staff in Russia. But bankrolled by oil cash and driven on by the age-old rivalry between its two mega-cities Moscow and St. Petersburg, the British architectural relationship will ensure the emblems of Russia’s newfound power. 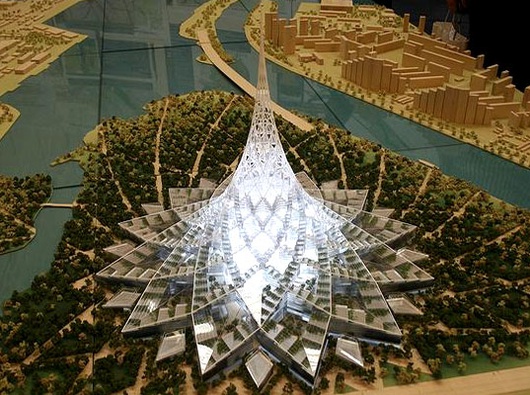 The futuristic giants mushrooming in both Moscow and St. Petersburg have become a cause for alarm. The sheer scale and complexity of the projects seems to have become the benchmark for planning permission. Moscow’s mixed use Russia Tower, designed by British team Foster & Partners, will become Europe’s highest building on completion in 2012. Even this is dwarfed by the Crystal Island project, another Foster proposal, planned to become the world’s largest single building, four times the size of the Pentagon (at 6,500,000 square feet). 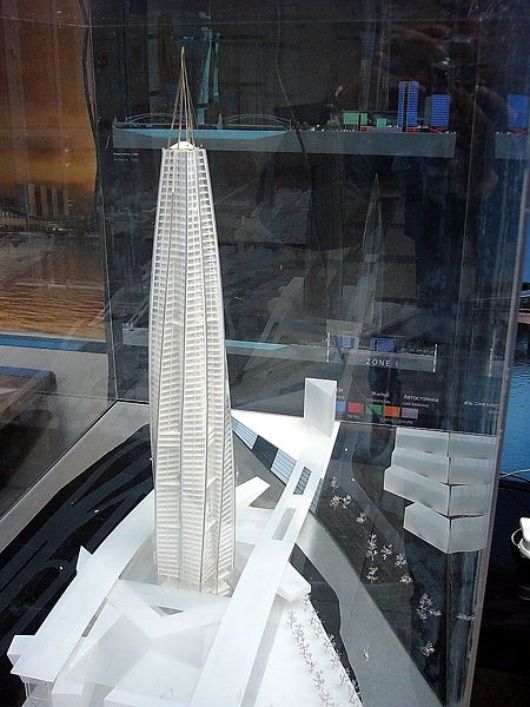 Whilst Foster redefines Moscow’s skyline, British firm RMJM Architects is causing huge controversy in St. Petersburg. The Okhta Center will become the new headquarters of Russia’s gas giant Gazprom, its flame-shaped spire drawing inspiration from Gazprom’s corporate logo. The twisting skyscraper, which at 396 metres will tower above the historic centre of St. Petersburg, will break the city’s famous height restrictions and threaten its world heritage status. The project has come under fire from all sides; polls show that nearly 90% of residents are against the plans. Even so, the huge potential tax revenue from Gazprom was more than enough to win the support of the city’s governor, Valentina Matvienko. 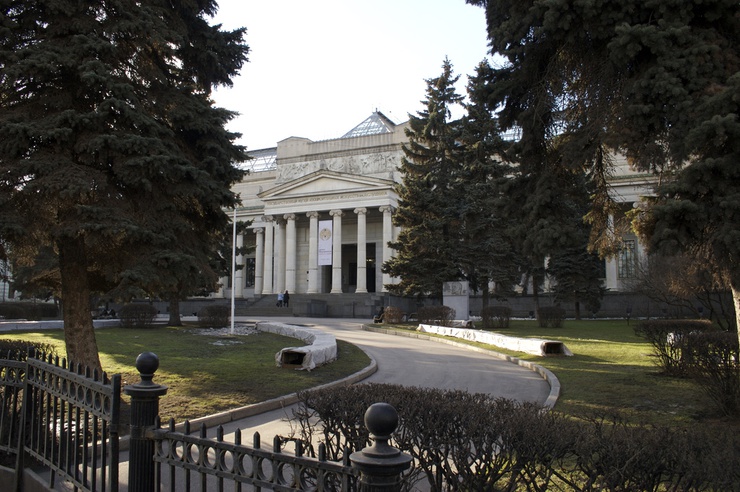 The prestige project is nothing new to Russia. Moscow is the city of superlatives, and its Kremlin, which boasts the world’s largest bell and cannon, was until recently adjoined by the vast and infamous Hotel Rossiya, once the largest in the world. What’s new, though, is that the Zaryadye project replacing the Rossiya is low-rise and aims to blend in with its surroundings. No surprises that it’s another British design, along with a further two cultural projects breaking the mould of ‘big is beautiful’ from Foster and Partners. The Pushkin Museum of Fine Arts is set for a Louvre-style reinvention, allowing it to take its rightful place as one of the continent’s finest art galleries. The derelict warehouses and canals of St. Petersburg’s New Holland Island are set for transformation into a grand new concert hall. Nicholas Grimshaw’s plans for the city’s Pulkovo airport follow in a similar vein of refined good taste.

Through airports, galleries, concert halls and skyscrapers, the new Russia is choosing the international language of steel and glass. Moscow’s hotchpotch style is the perfect canvas for their creativity, a setting where architectural heritage is not the defining factor, and projects aren’t limited by red tape. Critics like Grigory Revzin, who believes that ‘Russian architecture is disappearing before our eyes’, may be correct in their analysis. But the global spirit of Russia’s latest architecture is surely a welcome tonic in a supposedly sour political climate, and real evidence of productive international collaboration.