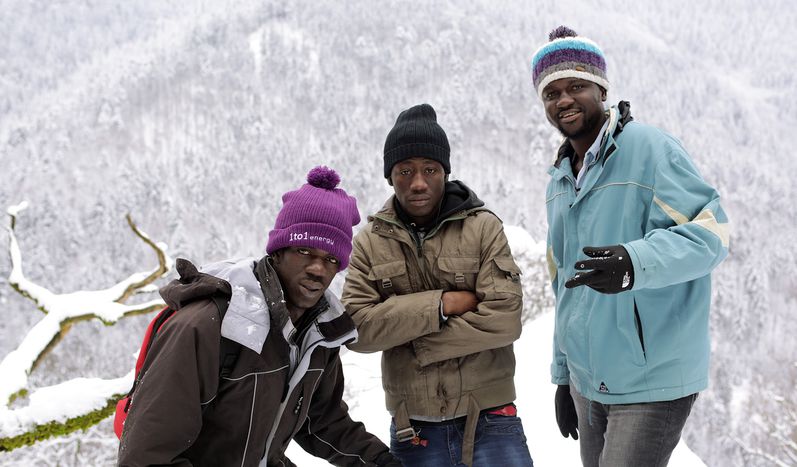 From Gambia to Germany, via Libya and Lampedusa (part 2)

Huge numbers of migrants try to enter the European Union. cafébabel listens to the trials and tribulations of three young Gambian men.

For Lamin Ceesay, Mohamadou Sanneh and Abubacarr Sawo, it has been a massive struggle to escape political instability, war and conflict.

This is the second of a two-part article on their amazing journey.

After escaping Gambia following the arrest and death of his father, Mohamadou Sanneh had eventually reached Libya, via Senegal. After a brief period of calm, Mohamadou saw the country descend into civil war as the regime of Gaddafi fell.

“I saw a lot of [war] stories there. My boss was killed, and the army detained me at Tripoli - I was sent to prison there for 6 months. Imagine not doing a single thing wrong, and it’s one o'clock in the night, you are sleeping in your home, the police come, and they take you…

Then some people who knew me as a plumber, offered me the chance to go to Italy. They said, “Here it's not good, because there’s no government”, so I went to Italy.”

Mohamadou does not name those who facilitated the next leg of his journey. His story is one of thousands that passed through Lampedusa, the island that is the symbol of North African immigration into Europe. When travelling from Libya to Italy in 2011, there was a huge wave of immigration to Lampedusa as the Arab Spring spread, with revolutions in Tunisia, Libya, Egypt, Yemen, Syria and Bahrain. 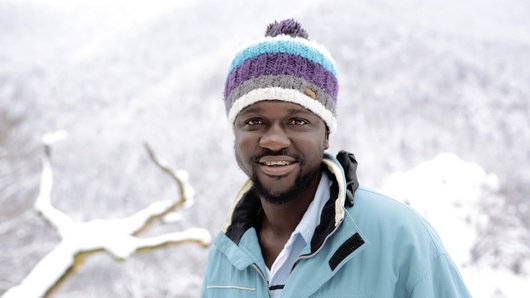 By August 2011, 48,000 immigrants had arrived in Lampedusa. Most were young men in their 20s and 30s. The situation has caused division within the EU. The French government regarded most of the arrivals as economic migrants rather than refugees in fear of persecution, while Italy has repeatedly requested aid from the EU to manage the influx of refugees.

Illegal immigration in Europe is a complex social and political issue, facilitated by informal networks of smugglers, something the immigrants themselves are not necessarily aware of:

“I first was sent to Sicily, and then to Rome. Then I was in Ancona for six months. Then it was back to Rome, but they did not give me the papers, so I went to Germany.”

Who are “they”? Mohamadou does not elaborate and the way he is talking about these smugglers hints that their identity is uncertain to him.

“I went to Germany because there they don't kill people. They are more good [sic] than Italians”

Is there really a difference between German and Italian people? This is not really the question. Such a blunt distinction may just be a way for Mohamadou to explain that he did not feel safe at any point during his journey. Italy was not a possible destination to settle for him, for the smugglers can also be a threat for the immigrants once they have arrived in Europe. 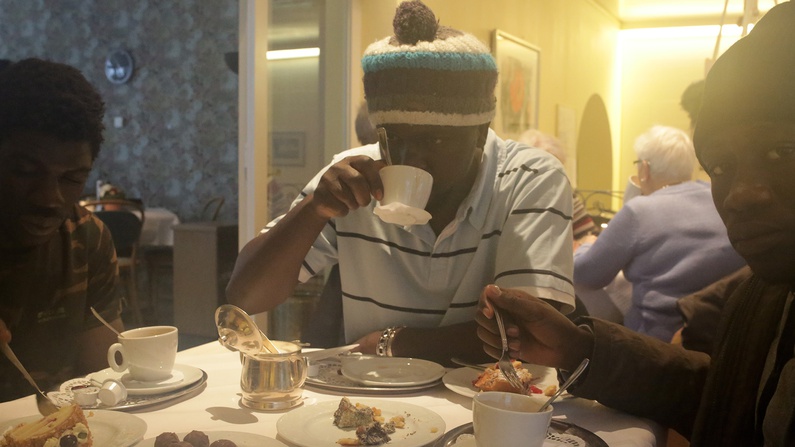 Walking with these three young men in Müllheim’s streets, we heard some comments reflecting the debate which occurred online after the prestigious Frankfurter Allgemein Zeitung (FAZ) published an article about refugees being in Müllheim:

“Unfortunate Germany,” We heard from a one middle-aged man.

The difference between a European and refugee could be highlighted by anything from culture, language to ethnicity. However, the key to bridging such a gap lies in the intimacy of each refugee’s story, which should be set as a ground for solidarity.

Mohammadou, Lamin and Abubacarr's only chance to build a future was by taking refuge from the country of their origin. As a result, they have experienced war, defied borders and smugglers. They have been in exile trying to plant seeds for new roots.

The initial indications are positive for the future. The next step is planned for the spring when the 60 migrants will be transferred from the gymnasium to a hotel in the neighbourhood.

Whether they are considered as economic migrants or political refugees, the focus of Mohammadou, Lamin and Abubacarr is now getting a permanent legal status: “I like it here. I'd like to work here as a plumber, or on a farm.”

The long-term fate of Mohamadou and his fellow migrants in Müllheim is bound to the political reactions of EU nations.

However, these three Gambians have the solidarity of some local people who support their cause - the simple hope of making a new start.