From Chador to Miniskirt: Just a Dream?

While in Istanbul Western customs are all the rage with Turkish women, the rest of the country still follows the old model of oppression. Will Turkey be able to free its women from the yoke of male chauvinism? 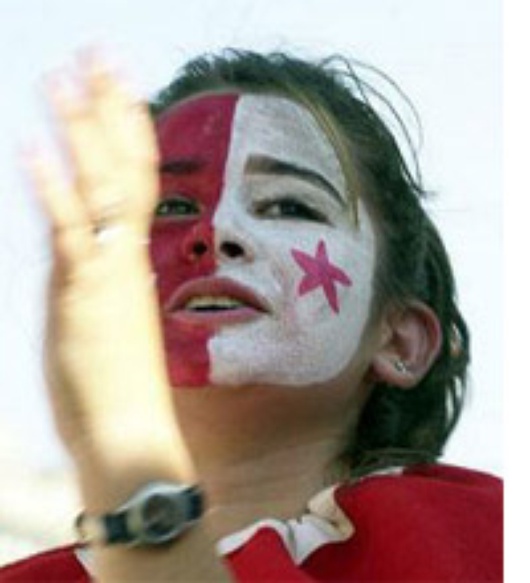 Turkey’s European aspirations have meant that in the last two years there has been an avalanche of pro-democratic and human rights reforms that far exceeds what had been achieved in the previous 80 years. Nevertheless, the most significant legal reform in Turkey’s history dates back to 1926 when Atatürk, the founder of the Turkish Republic, adopted the Civil Code, on the Swedish model. Even so, women (especially those in the east of the country) are still living in a state of oppression more befitting the Middle Ages than the 21st century. Will the miniskirt ever come to replace the chador in Turkey? It’s difficult, but not unlikely…

In effect, Turkish law states that there is sexual equality and that, since the beginning of the last century, it is illegal for a woman to be subjugated by her father, husband or brothers – a deep-rooted tradition stemming from a conservative interpretation of Islam. For ‘Women for Women’s Human Rights’ (probably the most active feminist organisation in Turkey, led by Pinar Ilkkaracan) this is a historic victory, although much remains to be done.

Turkey is the exception of the Muslim world: it is secular, and state and religion walk very separate paths. The Koran doesn’t form part of the law as it does in Saudi Arabia, and polygamy is outlawed, although it still goes on in villages. Sandwiched between East and West, between Europe and Asia, it’s also stuck between Islam and secularism.

On the streets of Istanbul - that great bi-continental city of 8 million inhabitants -, tourists who expect to see the classic symbols of the Muslim world are confronted by something altogether different. You’re more likely to see girls wearing miniskirts and Western clothes than the Muslim veil or chador, worn only by a minority. And, at first glance, relations between men and women don’t seem too different to what we in the West are used to. But the state of affairs in the big towns is not representative of the rest of the country, where the Turkish Government faces one of its toughest challenges.

There is a noticeable difference between women native to Istanbul, for instance, and emigrants from the eastern villages, who can’t shake off feelings of subordination. The fact is, in the east of the country the rule is still that a woman belongs to the male members of her family and so has no rights.

That is why it can seem just an illusion that, in this Muslim country with the majority of its territory on the Asian continent, it could be possible to effect a rapid and radical change in the lives of women. For that to happen there would have to be some kind of a compromise between the country’s traditional, religious leanings and the secular, modernising stance of the current government.

For how much longer? That’s the question that every organisation defending the rights of women in Turkey is asking. And although Turkey is trying to portray an image of reform in the hope of coming into the Union, the vast majority of its women are still considered second-rate citizens. The idea that women must bend to the will of their male relatives is widespread, and so they are denied any real chance of deciding on their own future.

Despite the reforms introduced by the Civil Code at the beginning of the last century, decades later ‘the customs and religious laws still exert control over female sexuality and uphold sexual inequality’, says Ilkkaracan. If we take into consideration that in the east people lead a semi-feudal, traditional lifestyle, then the reality for women looks even more hopeless.

It’s one thing for the Turkish government to try to westernise and modernise the country. But the figures show that there is a long way to go before their policies can alter the everyday reality. We have to be able to distinguish the reforming zeal of the capital from the stone-age mentality of the rest of the country.

At present, as many as half of all women in the east of Turkey are illiterate, compared to just 21% of men. In the west, the discrepancy is smaller, but just as unequal: 20% of women can neither read nor write as against 7% of men. Another statistic to bear in mind: in the east, 90% of women work for their families without pay. In the suburbs of the big Turkish towns, there are countless adolescent mothers and barely 40% use contraceptives. Even more shocking in a country set on modernising itself is the fact that if you ask a mother how many children she has, she will only mention the sons. Girls don’t count.

The body of the bride: a commodity. That is how women are viewed in the east of Turkey, where a dowry must still be paid for the marriage to be formalised, a symbol of the control men have over a woman’s productive and reproductive capacities. And there’s more: despite the fact that polygamy is forbidden by law, one in every ten women lives with her husband’s ‘other wives’. How can that be? Quite simply, men marry one woman legally and the others ‘under religious law’, even though the Koran doesn’t allow for there to be any inequality between wives.

The right to choose a husband is also denied by the rule of the patriarchs. Barely 1 in 4 marriages is decided upon by the bride and groom themselves: the rest are arranged by the families. Given the situation, creating real - and not just theoretical - equality between the sexes is Turkey’s toughest challenge if it wants to have a shot at becoming a member of the EU, as well as the gateway between Europe and Asia. The situation is not easy, but at least it looks like there is a real political drive to turn the dream into reality.