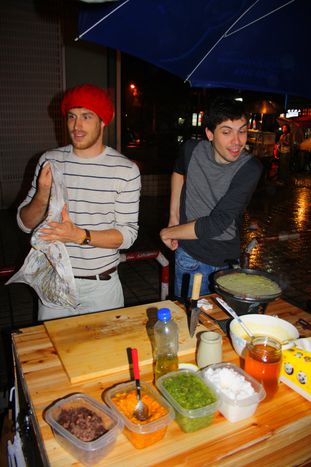 Little did they know when these European architecture exchange students set up their own stall on the Chinese metropole of 23 million, that it’d lead to a mini-revolution in May

Business is cooking for the two 'handsome young Frenchies' in red berets and classic Breton shirts. The crepes are flying off their stand and everything is sold out within two hours. Julien, Benoit and Jeanne only made on mistake: providing the street food competition to local sellers. Chinese snacks usually consist of skewers with aubergine, meat or fish as well as rice or fried wok goods, but they now have to stand their ground against the sweet thin pancakes which the French have named Faguomobil.

‘Faguo’ means France in Chinese, and translated literally means ‘land of the law’. Julien and his friends came up with idea at the end of May in the ‘Facto’ or the Aalto Tongji Design Factory, an open workspace situated at Shanghai’s Tongji university. ‘We just wanted to have a bit of fun,’ says Julien, 23, who has drawn comparisons to the actor Johnny Depp during his stay in China. Inspired by watching the vendors pass the department during study breaks, they looked for some kind of rolling stand in the suburbs of Shanghai before creating a 'crepemobil' with an integrated fridge, gas cooker, stove and sales corner. The first ‘Chinese crepe’ was quickly made for 4 yuan (42 cents), and despite the use of local ingredients still tasted like an original French crepe, Julien adds. 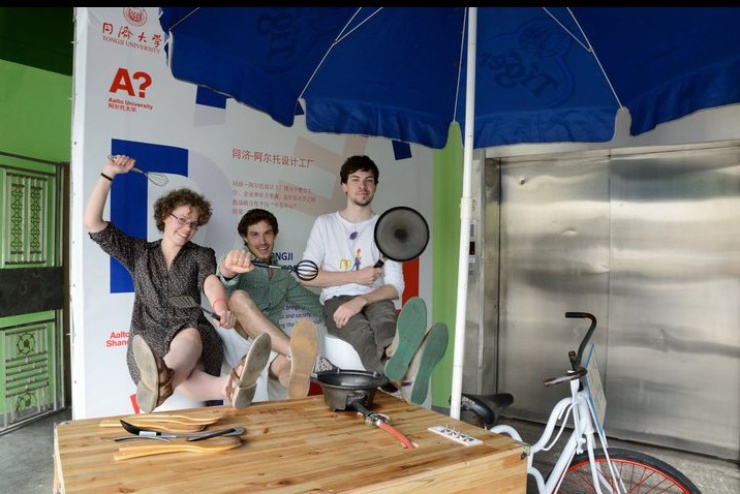 Chinese and international students flooded the stall within minutes and a champagne bottle was opened. Benoi cooked, Julien served mango sauce on the crepes and Jeanne spoke in Chinese to customers and onlookers. Overnight, news spread like wildfire over the local social network RenRen, which counts on 160 million users. Chinese websites such as shanghaidaily even reported on the event, though not always correctly, adds one German fellow student, Annika. 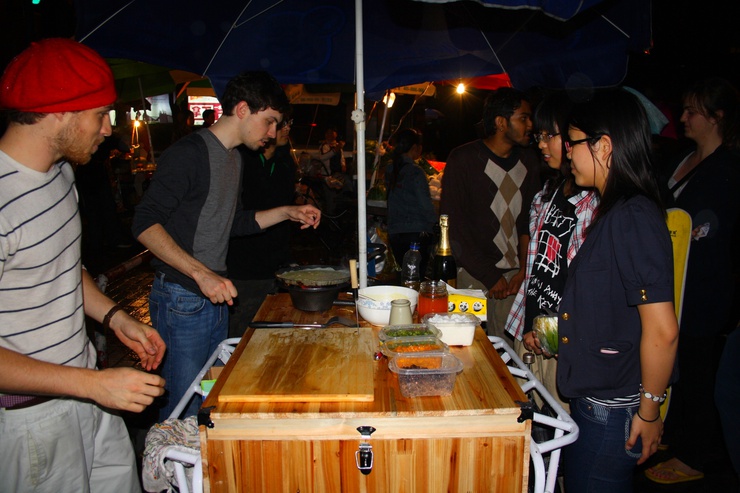 However the Chengguan or urban management officials quickly got on the case to explain that selling street food in Shanghai was illegal – even for students from the 'land of the law' – and that here, it was more or less tolerated. ‘We just packed up as quickly as we could and followed the other street vendors to another corner,’ the students explain. Whilst they may have bordered on legality, the ‘gastronomic meal of the French’ remains one of the cuisines on the unesco world heritage list.