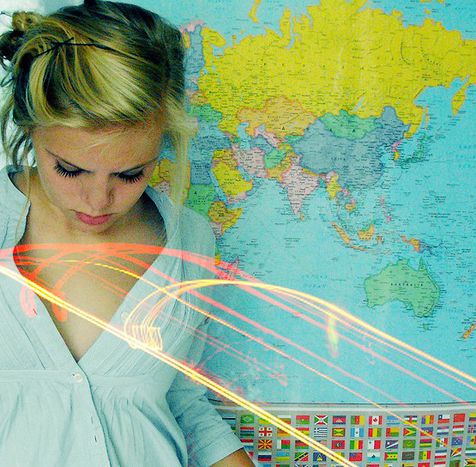 Unpaid interns, taxes, recycling, the parliament in Strasbourg...you name it, our contributors from across the cafebabel.com network have something to say about what irks them most about Europe. 9 May marks sixty years since the Schuman declaration was signed, when it was agreed that France, Germany and others would work together as a federation

'I really could be eurosceptic because the average French euro-enthusiast makes me sick: christian, who believes in the European Union in the way he believes in God, religiously. There is always an explanation or excuse when something's going wrong in the EU. Generally speaking, the EU is always better than France. 'More pedagogy' is the basic solution to any problem. This kind of attitude does indeed have a totalitarian aftertaste. Above all, I could be eurosceptic because, frankly speaking, the EU is not a democracy. At least not in the sense of what 'representative democracy' means. Some major political options are set in treaties, they are not all consensual. And we know how treaties are made and revised. The way the Lisbon treaty was adopted in France is, in itself, a sufficient reason to be eurosceptic' (Aymeric, France)

'Europeans are fed up with the idea of a powerless EU. Europe does not have a unique voice in lots of key international meetings like the UN climate change summit which took place in Copenhagen in December 2009. Unfortunately, not every prime minister believes in a strong Europe (and they're not interested in case they'd lose power), so they negotiate their particular opinions in private (take French president Nicolas Sarkozy siding with Lula Da Silva in Copenhagen to go one step beyond and create a world environmental organisation) (Pablo, Spain)

I'm Czech and definitely not eurosceptic but what really drives me crazy about the EU is the seat of parliament in Strasbourg. I studied as part of the erasmus exchange programme in Strasbourg so I know very well how empty the building is during sessions. Money on travelling there is money out of the window. I also can't understand the common agricultural policy. Why are subsidies for French farmers so high if their products are so expensive? Let’s rewrite the treaties; one country (France, to be exact) cannot ignore the desire of twenty-six others (Jakub, Czech Republic)

We pride ourselves in being different and in following enlightened principles but I don't see any changes being made from above in balancing the social and economic conditions between rich and poor. Many countries' governments, like Ireland's, where I've been living for four years, make most people pay money for water charges when the government hasn't invested in changing the victorian pipes that blow up each time there's a snowy cold winter. Then they say that we need money to fix the crisis, for their mistakes, and we pay money to bailout the banks that were wildly speculating. They are taking the money that ordinary people pay to give it to the big banks, while the big companies still pay an amazingly cheap corporate tax.

I also dislike how most people have grown really concerned in all green issues, but they can't really feel they are making a difference because nobody knows where all the recycling we want to do is going. I haven't heard of or seen any recycling plant in either Ireland or Spain (where I come from). Do they really exist? Or are they just burning all the garbage or selling it for money? Another field where public money should be invested and new jobs could be created (Patricia, Spain)

'Interns and 'the east''

The EU is said to bring new jobs, particularly for young people, but it is either very hard to get in or when you do, the internships are short and unpaid. I'd rather work for a private company which will pay and boost me. Out of principle, the EU should pay its interns because they are motivated as the EU's future. I thought European values were to respect the citizen - and they make us work for nothing? I am working for the EU commission in London in June, and then for a cultural diplomacy think-tank very strongly linked to EU institutions, and none of the internships are paid even though I am working there all summer.

With 27 countries the EU has become way too big compared to its origins in 1957/1992. The fact that we accepted new eastern countries (in the 1990s and 2000s) has slowed our economy and above all reduced our credibility and ability to take decisions. There are too many states in order for the EU to come to clear conclusions and agree. Economically it is also weighing on western European countries. We are now accepting more and more member-states to a) beat the USA b) strategically act on the world scene (example: Turkey would help us communicate with the Middle East). Originally the EU was cultural, ideological and economical. Now it is just too tactical (Aurelia; UK/France)