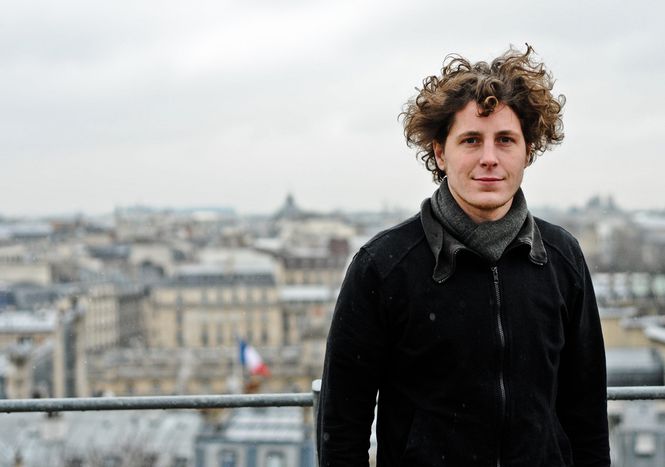 Today’s precarious youth can just about pay their rent and have to make do with internships or makeshift ‘contracts’. This activist and politician has worked on speaking about the elephant in the room. Meet the unwitting 30-year-old ‘official face’ of a generation in difficulty, who we meet at a renowned squat in Paris

Julien Bayou is an activist in French organisations such as Génération précaire and Jeudi Noir, but he is also a politician for the French electoral coalition Europe Ecologie. We meet the thirty-year-old at the squat occupied by Jeudi Noir on the fancy Avenue Matignon, in the eighth district which is home to the Champs-Elysee. The squat provides the ideal setting,  blocked as it is by a permanent police presence, to hear a little more about the battles that need to be fought across Europe as a whole in the name of young people. Interview.

cafebabel.com: Julien, is our generation (of 20 – 35-year-olds) very politicised? 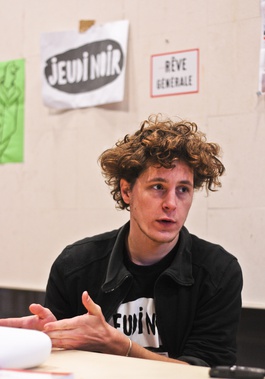 Julien Bayou: It’s true that we often consider the kids from the seventies to have been more politicised. In fact there was mostly an overpoliticised fraction who had the right to study and commit themselves to causes like Vietnam, Mao, the feminist movement. We can compare ourselves to them on that level but many more of us are blasé today. There is a portion who are much more negative, believing that those in power are only there to make money and are not interested in what the average person is troubled by. It’s obvious to see why you’d be disenchanted when you see those who remain in their positions of power even when they’ve been convicted of wrongdoing (like the French interior minister Brice Hortefeux who was condemned for two miscarriages of justices – ed).

Then you have the fact that the old institutions didn’t quite pick up one thing: young people have their own methods of reflection and expression. When the unions complain that they don’t appeal to young people, it’s above all because they are old in spirit. It’s the same thing for political parties. Young people spend their days on facebook and send 3, 000 text messages a day instead of putting out flyers; they spend a lot of time being online with their friends but they still share a very strong social bond. It’s not really their thing to take a crowded metro and meet at 10pm somewhere instead. Trade unions have to evolve to touch upon and mobilise talk on the subjects which affect the younger generation, by doing it in their way: on the internet, in parties, cafes and convivial places, but not in the companies. I really believe in that. Saying ‘there’s no solution to a problem’ is a part of the problem.

cafebabel.com: You co-founded Génération Précaire in September 2005. We’re a generation with quite a lot of baggage - unemployment, accommodation, the environment, crises – how can we manage that, in your opinion?

Julien Bayou: Yes, we carry a lot of burdens. But you’ve got to start by proving that it’s possible. Policies incite us to drastic measures because they are implemented using methods which don’t work and end up digging into the deficit a little more. We end up saying nothing is possible, like we did for the pension scheme here in France. But working longer doesn’t solve the problem: this just instigates the democratic poison of the calamity.

cafebabel.com: Why doesn’t our generation rebel a little bit more in the face of never-ending internships, unfair salaries and badly-drawn temporary contracts?

There are rebellions. The echo from Greece two years ago resounded immediately in France. The sports ministry used to be in charge of France’s youth – it shows how much they didn’t care! Then suddenly we had a new youth minister in Martin Hirsch because the president Nicolas Sarkozy and his team analysed the results of the insurrection in Greece found their inspiration in France.

Studying and proving that you’re capable isn’t enough to get a job, a decent roof (or a decent price for it), to avoid discriminations – the latter is even worse for young women…All of these evils exist in France. There’s a European mould of this common precarity which affects young people in particular. Precarious or unemployed persons and those with bad living conditions mobilising is already a social exploit in itself.

cafebabel.com: Young people’s precarity isn’t just a French problem, but Italian and Spanish too, where there’s even been a term coined for those earning 1000 euros a month – the mileuristas. Have you tried to expand your actions on a pan-European scale?

Julien Bayou: It’s more of a complicated network – there are problems with the agenda and how to go about doing that. European social forums allow exchanges but unfortunately we can’t talk about a real coordination. We’re badly represented at the European parliament so it’s all the more complicated.

Read more about the mileurista generation

In any case we created a European network called Generation P which refers to the words Praktikum (internship), and precario and précaire (‘precarious’) in Italian, Spanish, French and English. On a European level everything that has to go via Brussels goes at a very slow pace. Plus, the social questions aren’t always at the top of the list…

cafebabel.com: You’ve just turned thirty. What have been your biggest successes to date?

Julien Bayou: The biggest so far has been highlighting these problems – namely of youth accommodation and unemployment. In English it’s called bringing the elephant into the room. It doesn’t sound like much but it’s a little like the inequality of male and female salaries. The wage gap is at 23% all year round but no-one talks about that. Our squat has been a nice success too – it’s fabulous to have managed to get hold of such a huge building like this one (since December 2010 - ed), and it’s got a view of the Elysee palace! We’ve become experts on employment and internships. Our ideas have been taken up elsewhere to try and contribute solutions. We’ve also been successful in having been elected and in keeping our promises. 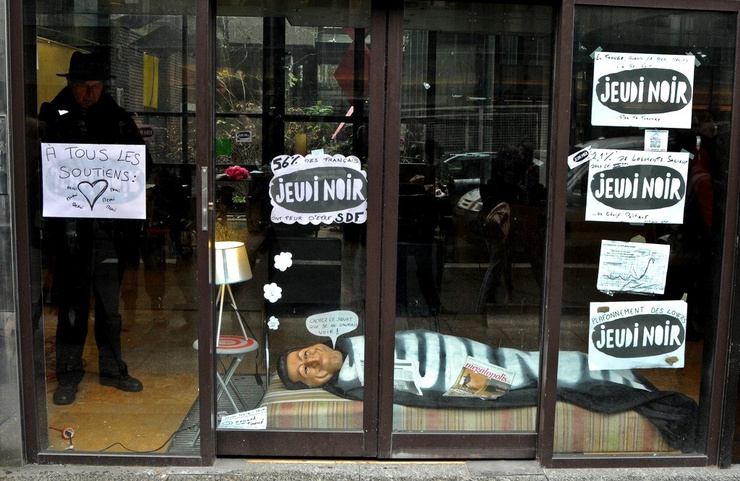 Images: special thanks to ©Sladjana Perkovic