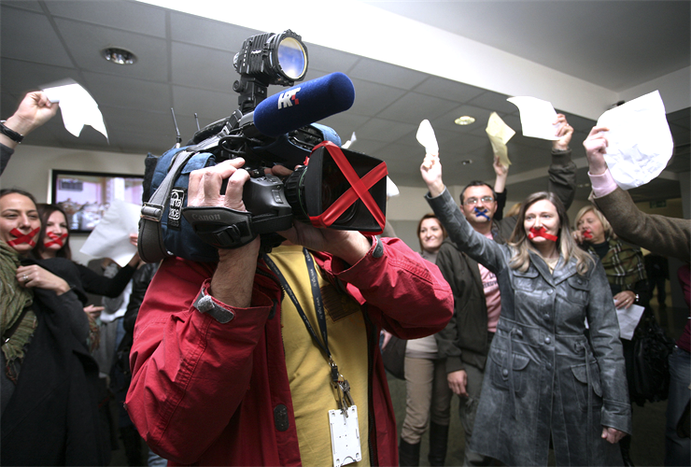 American NGO Freedom House uses three categories to rank the degree of press freedom in countries across the world. On 3 May 2010, world press freedom day, each region of Europe learnt its category: the press in western Europe is 'free', central Europe is 'partly free' and in eastern Europe the press is 'not free'. But there are signs that the trend could change

Western Europe is not to be pitied: only Italy is part of those countries ranked 'partially free' in a report published by the American NGO Freedom House on 29 April 2010, the week before world press freedom day. The reason? 'The concentration of media and official interference in the public media.' The rest of Europe seems safe, aside from a few nigglings in France, where the president is chummy with the director of public broadcasting (France Télévisions) and the shareholders of the large private media groups, RAS. 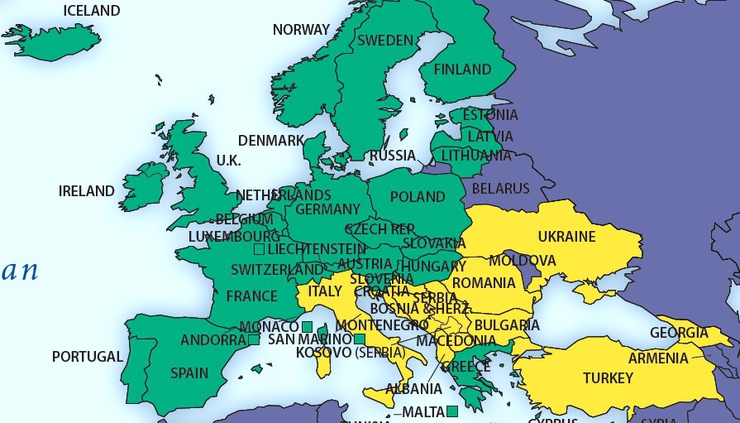 Press freedom: all quiet on the eastern front?

Everything appears alright on the surface, but reporters in the east often face recrimination at the slightest journalistic indiscretion its. In Serbia, it was covering the protest of opponents to Kosovar independence in 2008 that which turned sour: the headquarters of the audiovisual channel B92 was vandalised by the protesters, and for some groups defending press freedom the declarations from the government are not unfamiliar there.

In Croatia, it is the publication of repeated investigations into organised crime and corruption that had cost the life of Ivo Pukanic, the owner of the weekly newspaper Nacional. On 23 October 2009, a bomb blew up his car. Hrvoje Appelt of Globus magazine found a similar device himself under his car a month later, but his vigilance saved his life. Corruption is an ever greater loaded word in the former soviet republics, which makes the work of journalists far more sensitive and therefore more dangerous. In Bulgaria, opasnite.net was forced to shut down after it performed an investigation into police corruption. Journalists from frognews have suffered acts of violence and assassination attempts.

So if Freedom House is to be believed, the iron curtain is no longer found between eastern and western Europe, but between central Europe where the press is 'free' in all of the states (bar the Baltics) and the twelve former soviet countries, ten of which have a 'not free' press. And in the old Europe, is it still the same? Well it is not so certain, since corruption, one of the major causes of obstruction of press freedom, has come back to the fore since 2004. It is weakening in the east, according to Frenchman Pierre Verluise, who has a PhD in geopolitics. In the future, it will be better to keep your eyes wide open. 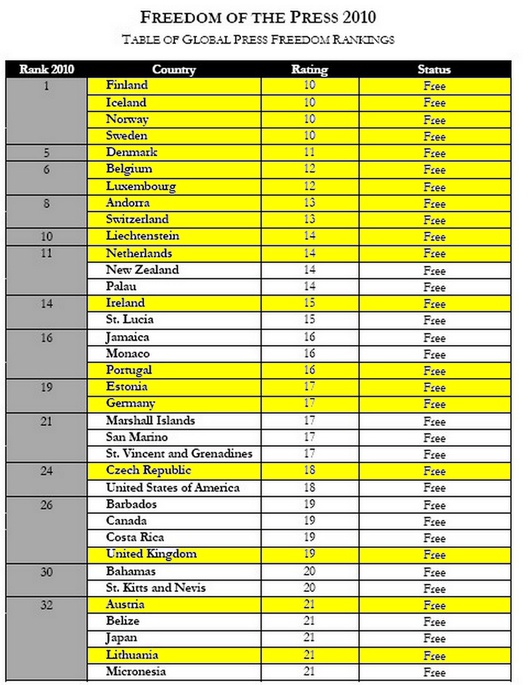