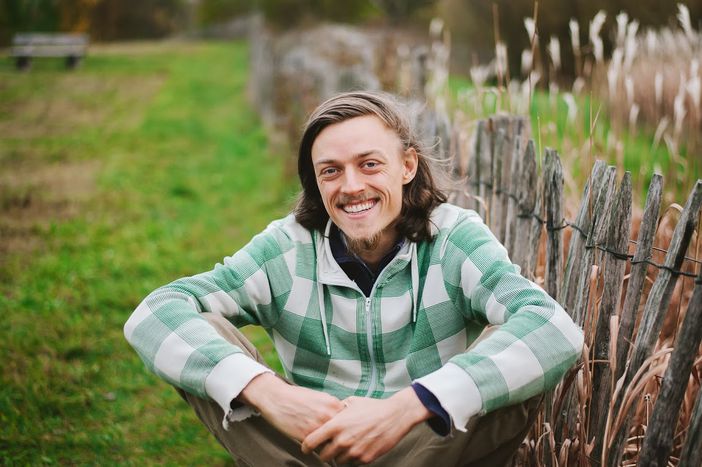 What would it be like if we lived in a world where no more food was thrown out? Raphael Fellmer had the idea of coming to the rescue of the food which businesses simply dispose of just before their expiration date or after knocking off for the night. With the help of the online platform “Foodsharing”, thousands of kilos of food in Germany have already been saved from the dumpster.

Cafébabel: Could you explain the concept of Foodsharing to us?

Raphael Fellmer: If people go on holiday and they’ve got too many apples in their garden and don’t know what to do with them, or if they’ve suddenly become vegetarian and have still got meat at home, then they should become 'food sharers'. Or say they’ve made a birthday cake that’s too big and can’t manage to eat it all. Wherever there may be excess food – especially in private households – this can easily be put online. The food can then be requested by others.

CB: How do you get your hands on the food?

RF: Okay, so you arrange a meeting point. That usually happens at home, but there are also people who want to remain anonymous, who are perhaps afraid of inviting other people to their house. You can meet at the subway station or at uni, or now at over one hundred Fairtrade Hotspots. A Fairtrade Hotspot is a bit like a “book swap box” – but for food. Anybody can simply put something in or take something out, without people having to come into direct contact. The food basket is simpler and doesn’t require quite as much computer input. There’s now over 100 Fairtrade Hotspots at universities, in give-away shops, urban gardens, farms and social facilities.

CB: Who offers their food?

RF: Private individuals, but also traders, manufacturers, bakeries, canteens, restaurants and farmers. It’s really just anyone who’s in some way involved with food. They can easily offer the food which they’ve got left. Food banks and other organisations have already been saving food for 20 years now. It’s actually the same as what food sharers are doing; it’s just that it’s happening on a much smaller scale. For example, if a local baker or greengrocer can’t sell bread rolls in their corner shop, there’s absolutely no point in a major food bank going there. 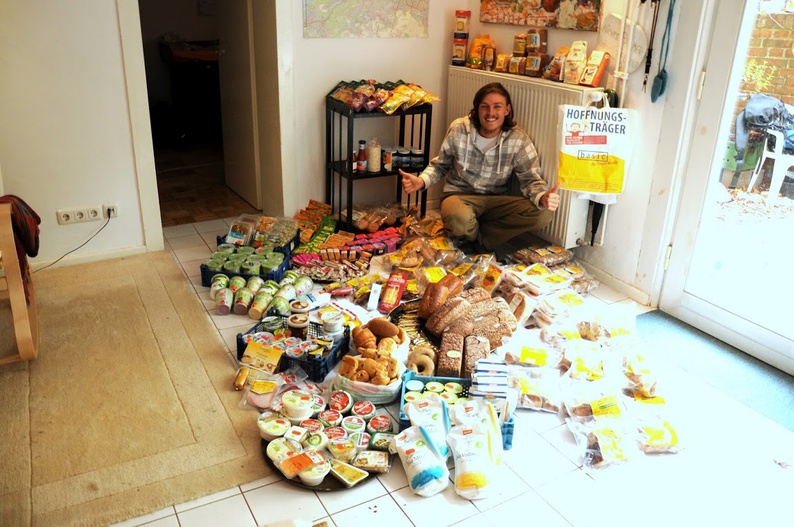 CB: Are some supermarkets now feeling threatened by your concept?

RF: We’ve not got much cooperation from the major national supermarket chains, but there is local support. As food waste currently stands at 50%, at the moment we’re just seen as one drop in a really big bucket. Some people see us simply as waste disposal contractors. But the food is precious to most businesses we work with. They’re not losing any money with us; they’re even profiting from it, because often they now only need to use half of their bio-bins and rubbish bins. We come at flexible times and collect free of charge. As well as the financial gain, they’re also doing a little something for a good conscience. More and more bosses and employees are finding it really important that food is not thrown out.

CB: Do you think that Foodsharing could work everywhere?

RF: With respect to laws, we’re all relatively similar in the EU. We’ve drawn up a rights agreement which is quite specific. All food savers accept their own responsibility. All who take part in Foodsharing are responsible for themselves; that is, if you get an upset stomach, it’s not the participating business’ fault, nor the society’s. You have to make sure yourself that you’ve got edible food on your plate. If in doubt, you’re best throwing the food out. In that respect, food sharers have to assume a lot of self-responsibility. We’re now well on the way towards promoting the internationalisation of Foodsharing, so that food will soon be able to be saved diligently everywhere.

CB: Has there ever been negative feedback as well? Have people ever come across bad food?

RF: 10,000 food baskets have been distributed officially on foodsharing.de. In reality, though, there’s been a lot more. The few cases where somebody has got an upset stomach are disregarded, because we all know that it could’ve also happened in the restaurant next door.

CB: You’re currently living without earning money or spending any. When was it that you stopped owning money?

RF: Everything started in 2010 when I set out on a money-free trip of the world. We just started hitchhiking. It was just an experiment for me. Can you get from Europe to Mexico with no money? There were so many connections that became clear to me during the trip that I made the decision during the Atlantic crossing to live without money after coming home as well. I didn’t want to return to the world of money and consumerism. I found it pointless to get some income from some jobs to buy things that were already available anyway. Instead, I wanted to use the available resources as best I could and to show awareness of the opportunities which are given to us these days. How we act with our house, food and appliances shows us clearly how we live in a hopeless society of wasters and excess. If we don’t start to make the change ourselves, nothing is going to change in the future, either. 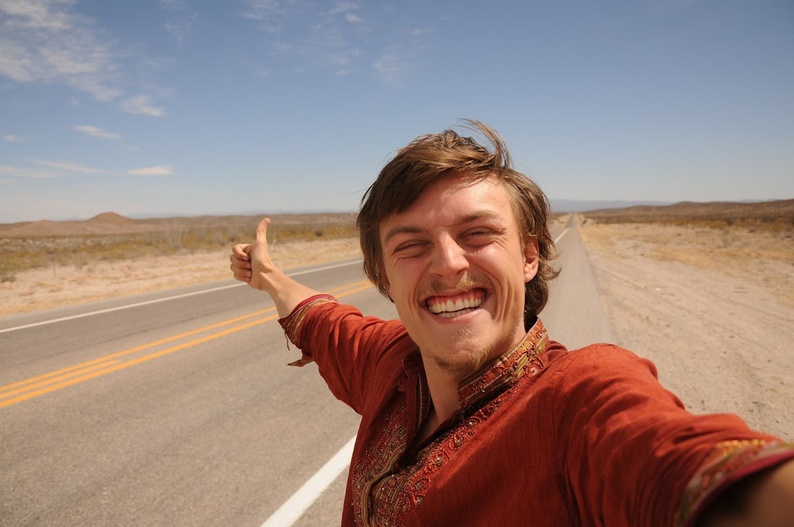 CB: Does the money strike mean that you also have to do without going to the cinema, theatre and sports matches?

RF: I’m not really the entertainment type now anyway. Whenever somebody invites me to a restaurant, I don’t bring along the bread that I’ve saved. But I actually prefer to cook things myself and so I use my saved food instead of being waited on somewhere. I’ve only been to the cinema a few times as well. I’ve got enough on my plate, but if I’d like to watch a film, I can do that at home, too. Music, bars and discos are well in the past for me. So I don’t feel like I’m missing out on anything; I am now fortunate enough to have a family, of course, and they give me great satisfaction!

The 4th Foodsharing gathering takes place in Berlin from 12-14 September 2014. You can find out more here.