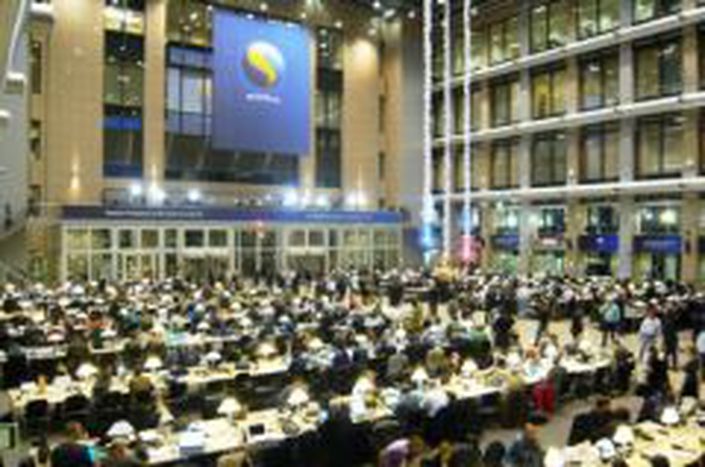 Flowers instead of Powers. History made in Europe (with Frustration and Compromise)!

by Letizia Gambini Everything is moving very quick in the European Council's main hall, especially transformed in a huge press room for the occasion of the extra-ordinary Informal Meeting of EU Heads of State, called by the Swedish Presidency to decide upon the nominations for the first ever President of the EU and Chief of EU's foreign policy.

"Europe is all about compromise", says a German journalist, new comer to the European bubble of Brussels-based correspondents "and this cannot bring to anything else than frustration".

Frustration is what you can feel in every corner, in every corridor of the EU. Politicians, EU officials and journalists join the big bunch of European citizens that are not satisfied with the work done in Brussels.

It was supposed to go on all night. "Negotiations might take time," declared Fredrik Reinfeld, Prime Minister of Sweden and President of the European Council, "and we want to take the right decision. This is an historical moment for Europe." So, in addition to a luxurious dinner, breakfast was also ordered, just in case.

With the election of the European Council President, Herman Van Rompuy and EU's Chief of Foreign Affairs, Baroness Catherine Ashton, the frame of the four top EU position is now clear.   Together with the President of the European Parliament, Jerzy Buzek the quintet ticks all the boxes of representation: East/West, North/South, Men/Women, Left/Right, Tall/Short... But does this election really satisfies EU's need for democracy? Well...

Many concerns were raised about the transparency of the election of the EU President, once again, done behind closed doors. Some claimed even China held more transparent elections. "My role as President of this Council is to reach consensus amongst the EU Member States and to give a common face to our Union," Van Rompuy answered calmly, but firmly, to the critics.

A specialist of the Belgian compromise, Van Rompuy seems to be the right man for the job. Compromise in Europe is a reason for frustration. Theory says that agreements between 27 different points of view, can hardly satisfy everyone. Especially when the consensus and veto systems are in place.

So the question rises: Are José Manuel Barroso, Herman Van Rompuy and Catherine Ashton, the best Europe could have for its leading positions? As blogger Jon Worth points out in his post-Summit analysis, we could have had a totally different scenario: "If everyone had played things differently we could have had a team that would have ticked all the boxes – including leadership, inspiration, relevant experience... Pascal Lamy as President of the Commission, Vaira Vīķe-Freiberga as President of the European Council, and David Miliband as High Representative. But it was not to be. We have a vacuous lump of lard as Commission President, an unknown Belgian opposed to Turkish membership of the EU as President of the European Council, and Baroness Ashton as High Rep, competent but rather uninspiring."

Harsh as it might look, it reflects the common feeling of frustration that can be perceived in the corridors of the EU Council, as from 19h00, when the rumour on Massimo D'Alema being out of the race started circulating. The Socialists had agreed on the name of Catherine Ashton, with Conservatives' choice Van Rompuy was already sure to get the post (even having a written speech clearly prepared well in advance). There was not much to wait for.

EU Heads of State had a pleasant dinner, surrounded by 8000€ worth of flowers. The moment of the "white smoke" (the signal of the good agreement on the New Pope in the conclaves) came earlier than expected, and did not bring much enthusiasm. Unknown, boring faces. 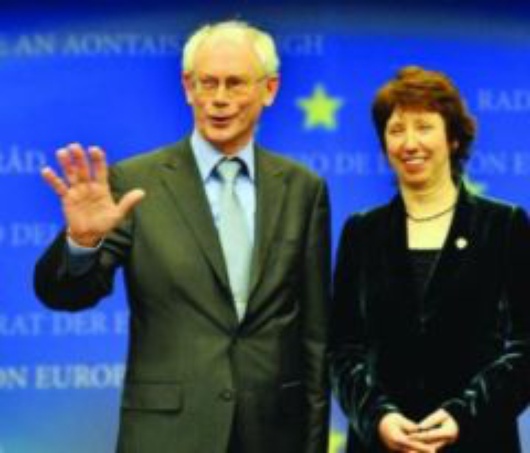 So it begins, a new chapter of European history. With a radiant Barroso, a satisfied Reinfeld, a smiling Van Rompuy and a visibly tired Ashton conducting the show, posing for the pictures and repeating (perhaps even to themselves) how honoured they were to have reached such a good and smooth decision.

"Once again, Europe has missed an opportunity," affirms with resentment Senior Editor Maria Laura Franciosi, "of being brave in its choices, and produce real change". She's not alone to think along this line. After all the efforts (including re-playing the Irish Referendum) put in the Adoption of the Lisbon Treaty, expectations were high. As a matter of fact, we are very far away from that "new, more democratic" European Union advertised in the EU PR materials.

The lesson to be taken is yet again the same: Europe needs inspiring charismatic personalities, able to manage power, reach out to the citizens and revamp the 'European Dream'. Until then, it's all about compromise. And the frustration that comes with it.