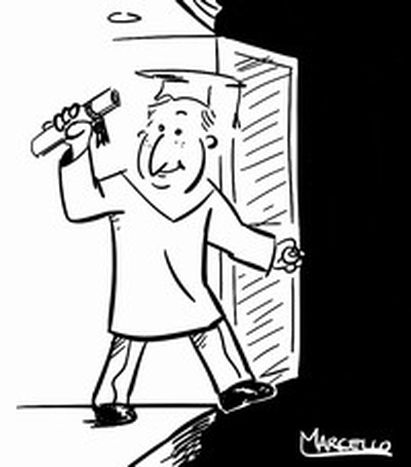 Flexibility at any price?

After the working poor and the arts, instability is now affecting young people, due, amongst other things, to poorly managed flexibility.

The ‘Generation Precarity’ has few illusions as to its future. Today, a postgraduate degree no longer guarantees access to stable employment and the real problems start on emerging from the cocoon of academia: difficulty finding somewhere to live, taking out a loan or starting a family when faced with fluctuating income.

Unemployment among young people is, of course, dependent on the global unemployment rate. In this period of economic gloom, no one can expect miracles. While nearly 9% of the EU’s population of is currently unemployed, the worst-affected countries are Poland (18.8%), Slovakia (18%), Greece and Germany. But young people are the first to suffer from the recession, with an unemployment rate sometimes double that of the adult population. In France, nearly 25% of under-25s are unemployed. In the European Union, and particularly in Italy and Finland, the number of unemployed workers is generally greater in the 15-24 age bracket than others, despite the fact that fifteen to twenty-four-year-olds only represent 15% of the European population.

As students attain higher levels of education, competition in the job market has increased. Nowadays, jobs go to whoever offers the most skills for the lowest salary, with the vicious principle of “last in, first out” on top of this constant undercutting. One good indicator is to compare the length of the transition period between education and employment: in France, for example, according to an APEC study, only 50% of those with 5 years’ higher education in 2003 had found a job a year later in June 2004, having exhausted all avenues.

Another factor is that the boundary between permanent and temporary employment is becoming increasingly blurred. Contrats nouvelle embauche (new employment contracts) in France, Contratti per un progetto (contracts for projects) in Italy, and Contrats actives (active contracts) in Belgium, all of which are synonymous with temporary jobs, stem from very different statutes and realities. The French National Institute of Statistics (INSEE) shows that while permanent jobs grew by just 2% in France between 1990 and 2000, there was an explosion of temporary jobs – an increase of 130%. In the same period, internships and subsidised contracts increased by 65% and fixed-term contracts by 60%. In Europe, 17.9% of Europeans work part-time (6.2% of men and 33.4% of women), and 13.4% are on fixed-term contracts. However, full-time jobs represent nearly 75% of net jobs created on the continent (compared with 70% in 2000).

Nevertheless, Brussels considers flexibility the best way to promote job creation. An extreme example of this is Great Britain, where, despite a very low unemployment rate (4.7%), jobs are easily found and easily lost: an employer need give only one week’s notice to terminate a contract. This kind of flexibility was recommended by the EU at the Lisbon European Council in 2000, which defined a global strategy to combat unemployment. But if this flexible approach is inspired by the Danish “flex-security” model, it forgets the second point of the system, “security”, all too often.

Today, up to a quarter of all full-time employed and more than two thirds of those involuntarily in part-time work are in ‘low quality jobs’ which, according to the criteria set out at the Lisbon Council, do not offer any of the following: job security, access to training or career development opportunities. Young people are currently over-represented in this type of employment (fast food, telesales, service providers), where social dialogue is less developed and work conditions are less regulated.

If everyone, led by the European Union, acknowledges the need to improve the quality of employment, a very ambiguous relationship can be observed with flexibility: for some, it represents exploitation, while for others who dream of a nomadic life, it represents freedom. Not everyone aspires to a job for life, and people’s life paths are becoming less and less linear. Temporary contracts allow young people to easily ensure a minimum income and to acquire professional experience, and at the same time offers businesses more flexibility in order to adapt to the uncertainties of the economic situation. Problems arise when temporary employment becomes “permanent and structural”, i.e. when it is made to bear employment risks and when it becomes a tool of exclusion.

These greatly contrasting pictures highlight the absence of harmonisation across Europe, despite the creation of a European Employment Strategy (EES). Employment and social issues remain national prerogatives, and EU member states are free to choose whether or not to follow European Social Fund (ESF) directives. However, one step forward is that there is more and more discussion of this. The March 2005 Council thus adopted the European Youth Pact for young people, and at the end of the year a prestigious youth event will be held, an event which, if it is more than just fine words, could be a first step in the right direction.