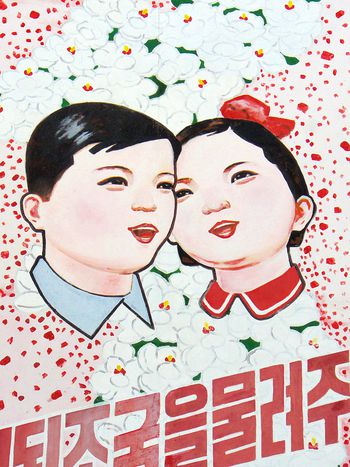 Five questions about the Korean conflict

On 23 November North Korea turned the heat up with the first attack on South Korea civilians since the end of the war in 1953. There were four casualties on Yeonpyeong Island. Spanish journalist Alberto Lebrón explains why diplomacy is working with the weapons loaded

cafebabel.com: Alberto Lebrón, why is North Korea attacking in this precise moment? What are the objectives?

Alberto Lebrón: There are plenty of theories. Some analysts state that Kim Jong-il is preparing the succession of his third son, Kim Jong-un, who is too young and inexperienced in the eyes of the leaders of the party. Basically, he is getting him an acceptable military service record. Another theory is the need of making noise. Since they unilaterally retreated from the six-party nuclear negotiations, North Korea feels ignored by the USA, is at the edge of collapsing and uses military blackmail to get financial help. A third reason would be related to a personal affinity. It’s obvious that Kim Jong-il fiercely loathes the current South Korean president Lee Myung-Bak because, contrary to his predecessors (mainly the late Roo Moo Hyun), Lee Myung-Bak is extremely demanding with his north Korean neighbour. Seeing him putting pressure on the regime and hosting the last G20 summit must have been painful. Lastly, another convincing argument is the unpredictability of the stalinist regime (or whatever you want to call it), which is sectarian and perhaps irrational. It’s unable to identify the limits in this cold war long epilogue.

cafebabel.com: How can the nuclear dispute be solved peacefully? 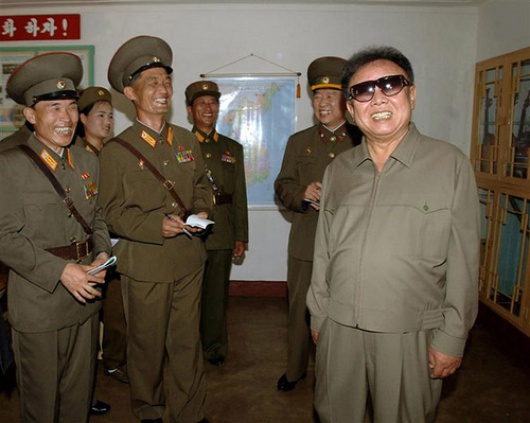 Alberto Lebrón: Many analysts and members of the Chinese government point out that Libya already gave up its nuclear programme in exchange for financial help (substantial oil investments).Why can’t we expect the same from Korea? The situation here is more complex because the interests of four world powers come into play: the USA, China, Russia and Japan. The North Korean capital Pyongyang may be developing its programme as a dissuasive weapon (nobody would want to start a war with a country which has mass destruction weapons, which shows, it must be said, that Iraq didn’t have them), and to preserve the financial help. Unless suddenly North Korea decided to undertake a deep political and economical reform, which would lead to the Korean reunification, east Asia will continue living under nuclear threat.

Alberto Lebrón: Until a few months ago I thought that South Koreans passionately desired the reunification. However, talking to youngsters in Seoul who just graduated from the best universities in the world, my opinion has changed considerably. South Korea, the fifteenth economy in the world, regards the north with an air of superiority. Probably few people would be willing to pay for a hypothetical reunification, plus many North Koreans surely don’t even have a minimum knowledge of the world beyond their borders.

cafebabel.com: How about the predictable succession of the dictator Kim Jong-il by his son Kim Jong-un?

Alberto Lebrón: It’s similar to the Castro brothers' situation in Cuba. Kim Jong-un, who hasn’t turned thirty yet, has been set to take control of the country when his father dies. North Korean leaders don’t have absolute power, they have a political context that have an influence on them. As soon as he inherits the position, the heir apparent will have to create a dramatic effect in order to legitimise himself. Given the unpleasant nature of the North Korean regime, nobody expects liberalisation but rather more confrontation. Russia and China desire a united Korea but not allied to the USA, so the situation is completely blocked and getting more and more dangerous.

cafebabel.com: What is the impression of the Far East from a European point of view?

Alberto Lebrón: The Far West is a synonym for economic development with a highly technological component. The so-called emerging economies and the new industrialised countries demand decision-making power at international level. Europe is losing power to the benefit of the Pacific. (Chinese president) Hu Jintao speaks periodically to US president Barack Obama about the main world issues. East Asia leads the world economical growth which results in a growing importance at international level. Evidently, there is still a long way to go - extreme poverty in India or China, lack of democracy, some conflicts - but from here I can feel more and more how our planet heads are inexorably heading towards a multipolar world order.

Alberto Lebrón is a correspondent for Intereconomia Business TV in Asia Pacific. He is a specialist in economy and Asian markets