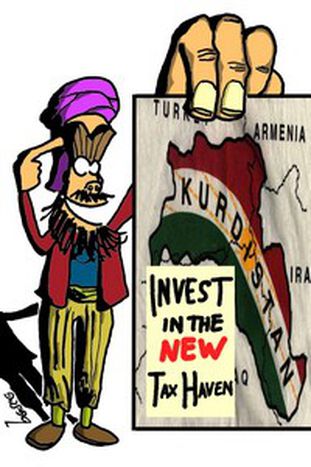 In the seventies there were only a few of these enclaves; but since the dismantling of the controls on the international flow of capital, there has been a boom, 95% of these new tax havens are former-colonies of the British Empire.

Europe has also become one of the greatest centres for tax havens. This development has led to more than two thousand European judges signing the Geneva Statement in 1996 which affirmed: “Behind the Europe of respectable, official, and visible development, exists another more discreet and less admissible. It is the Europe of the tax havens that, from the British Isles to the Crag of Gibraltar, passing by Liechtenstein along the way, prospers shamelessly thanks to the capital that it wilfully protects.”

Gibraltar at the doors of Europe

Despite the fact that Gibraltar has made a commitment to fiscal transparency by 2005, it was only in 2002 that Gibraltar was removed from the OECD blacklist by as one of 35 identified tax havens. Its tax policies break the European norms on free competition. This has led to conflict with the rest of Europe, and in March 2004 Brussels condemned the VAT exception policy. Yet such policies have firm support in the country itself. Gibraltar, with a population of just 28,000 inhabitants, is the residence for 200 multimillionaires and around 60,000 businesses, of which almost a third enjoy total exemption from corporate tax.

Monaco: haven for the rich and famous

A huge amount of Monaco’s wealth comes from its many famous multimillionaires from the worlds of fashion, sport, film and music. This privileged society takes advantage of Monaco’s lax tax policy. In Monaco there are 350,000 secret bank accounts for 32,000 inhabitants. These bank accounts hide the flows of wealth and could possibly mask large amounts of money laundering.

Monaco also participates in a global economic competition to provide the most lucrative financial opportunities for transnational corporations who wish to avoid tax obligations.

Flows at the heart of Europe

According to statements in 1999 from the then French Economic Minister, Dominique Strauss-Kahn, half of world commerce passes through tax havens. The value of the assets stored in tax havens equals 11 billion dollars, more than one third of the annual world GDP. Jersey is a prime example of this type of haven. With a population of just 87,000, it sits on $800 billion of footloose capital thanks to the absence of the checks and balances that define banking in the rest of Europe.

What is to be done?

An annual increase of 0.5% tax on the assets held in tax havens (including Liechtenstein and San Marine) would be able to finance the U.N. Millennium Development Goals for 2015. Increasing fiscal controls would also swell the E.U. budget and aid the enlargement process.

For these two reasons the European Commission, the UN and the OECD have initiated a fight to put an end to tax havens and their fraudulent practices.

The network that Jersey, the Isle of Man, San Marine and Liechtenstein form is a clear example of the important role that these small European enclaves play. It is through this framework that the modern economy and organized crime are mutually supported; both desiring the suppression of regulations and state controls.

This is the ‘other’ Europe of secret bank accounts for the re-circulation of money from drug dealing, terrorism, corruption and the mafia. The existence of these financial facilities within the framework of one of the greatest common markets in the world provides for the development of organized crime. According to the 2002 Atlas of Financial crime, the Rough Criminal Product (PCP), was not less than 800,000 million dollars. These are not figures Europe can afford to take lightly.