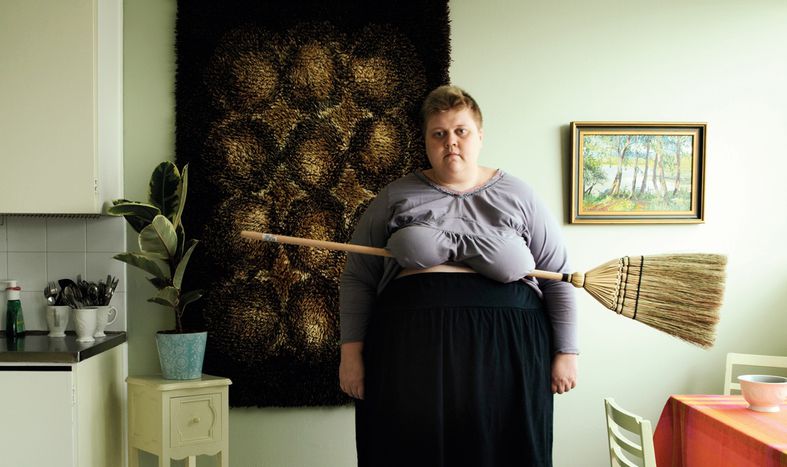 The Finnish photographic artist Iiu Susiraja can currently be seen in Frankfurt with a few of the photos from her series Hyvä käytös (Good Behaviour). The photographs are ironic, relentless and shocking.  The woman doesn't seem to be on her best behaviour, after all. Or does she?

When the Finns speak, no one can understand them, and they're as hilarious as the movies by Kaurismäki. That's the cliché, and doesn't have anything to do with reality. A lot more than that is not really known about the country at the northeastern reaches of the EU. Artists from the "country of innumerable lakes" are even less known. Well, except for Lordi maybe, if you want to even consider them "artists." 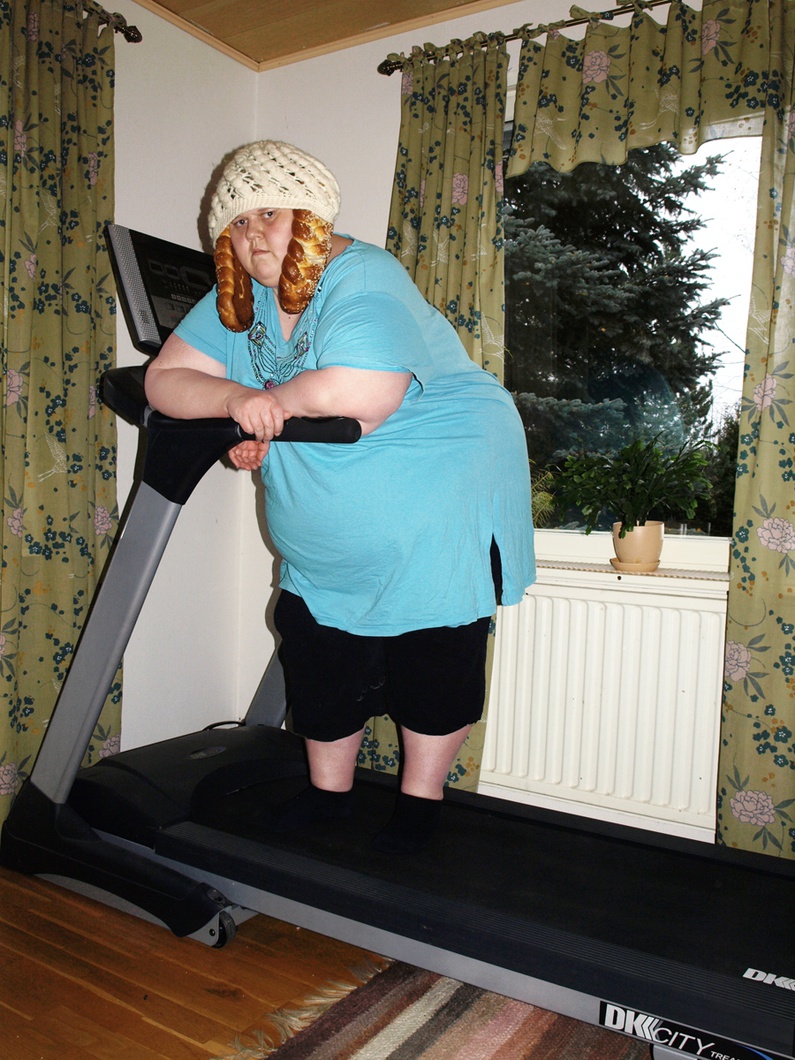 Through her photos, Iiu Susiraja is currently causing quite the commotation. She's an artist who represents Finnish art in the Frankfurt-based series Potretti. But even she herself says that she doesn't consider her photos particularly "Finnish." "The only thing that might make them Finnish, is the fact that I try to be authentic and honest with my photos. Authenticity and honesty are part of the Finnish self-awareness. At least that's how the Finns view themselves." 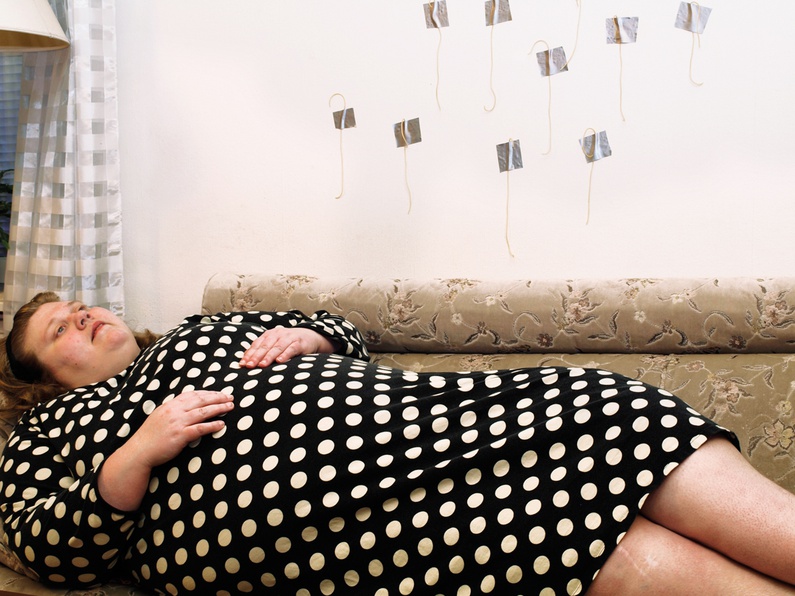 And certainly they are authentic and honest. One could even unabashedly make that claim. When Susiraja tapes her stilettos to her legs because she can't fit into them anymore, it's simply shocking, especially in a normalised world where callomania, á la Renée Zellweger, is simultaneously condemned yet elicited. 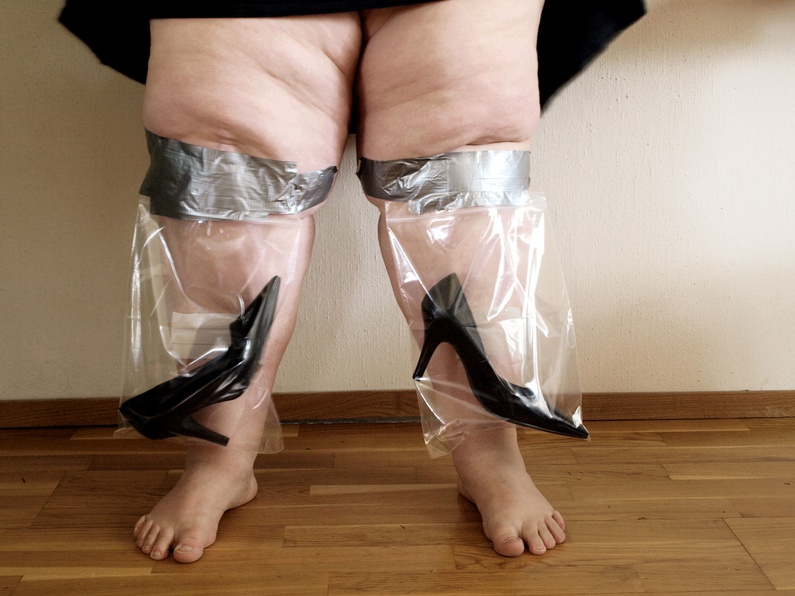 But, she did not actually want to provoke anything with her photos. "In my opinion, there's nothing provocative in my photos." And she's actually right. The photos only become shocking once the viewer really becomes aware of them, because we're not used to seeing a woman present herself like Susiraja does. We're typically only used to a duckface on a small face and voluptuous hips with long, slender legs. 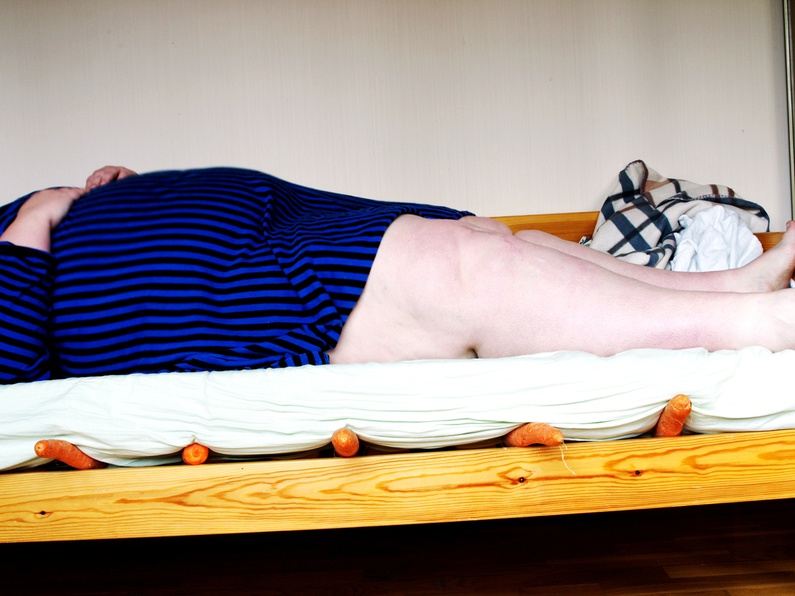 Is that why she considers herself a feminist? Most likely not. She consciously chose to distance herself from feminism. "If anything, what's shown in my photos is all natural." She simply portrays herself the way she is. More often than not, it's rather spontaneous how she looks in any given photo. Although she carefully chooses the objects in her photos, the end product often remains a surprise to her. 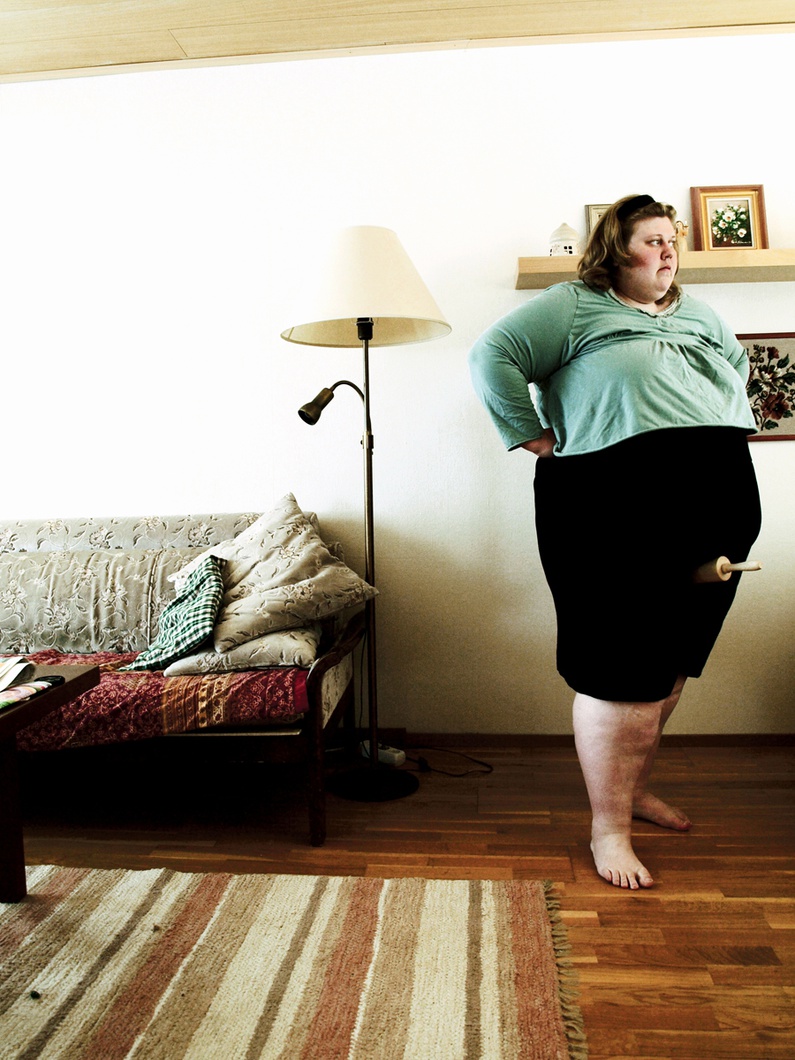 Some photos are more intimate than naked flesh is even capable of being. I asked her whether she ever unsettles her to give away so much of herself. "No, because there are some things that I still keep to myself." 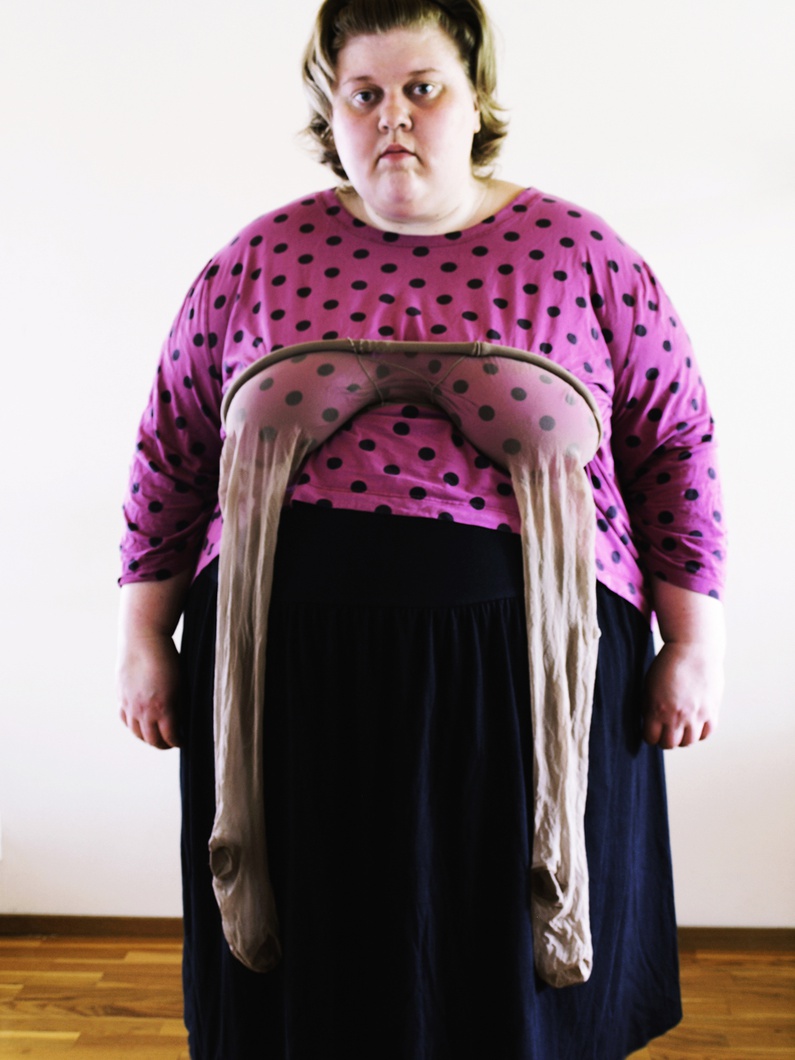 "I rather prefer the combination of beauty and ugliness. Beauty on its own does not particularly fascinate me." And you can really get that sense from her photos. This combination apparently is enough to be understood as inconsiderate or as bad behaviour. The woman in the photos clearly doesn't have a clue what is going on. 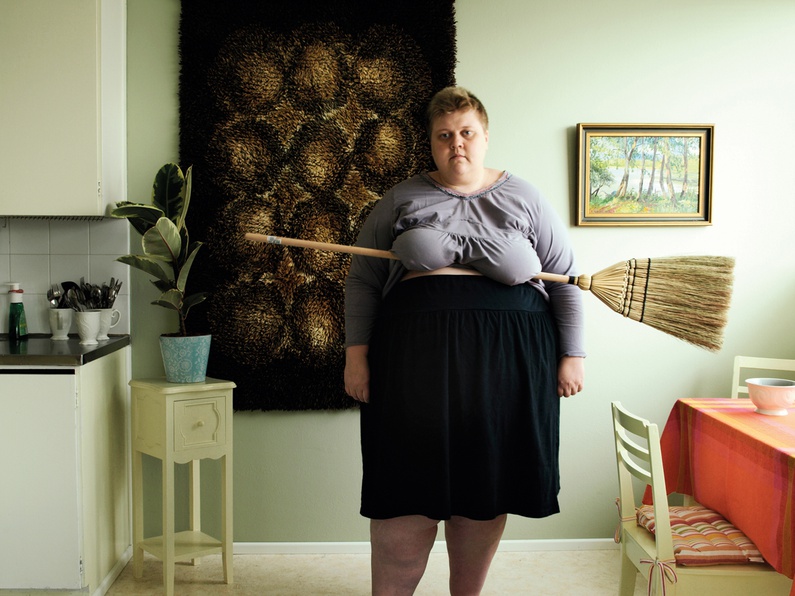 But that is exactly what makes art art, right? That it is not simply pleasant to the eye, but rather, that it moves, shocks and changes us, to see something that we haven't seen before. Art has to be bold, a quality that we can clearly see in Susiraja's photos. Entirely without words, and luckily, without good behaviour.