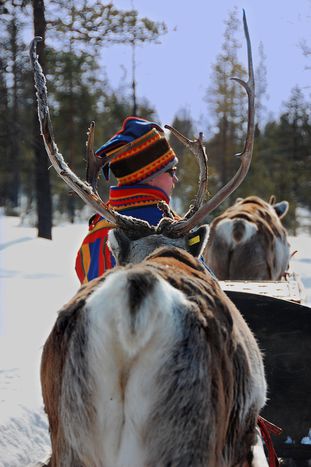 Finland's Sami people are slowly gaining legal recognition, with a new cultural centre in Inari being launched in 2012. However, the minority continues to suffer injustice with respect to land-law. Tanja Joona from the northern institute for environmental and minority law explains a problem which doesn't look set to disappear

cafebabel.com: Tanja, who were the Sami originally? How can we define them in a modern multi-cultural society?

Tanja Joona: The Sami are the indigenous peoples of Fennoscandia(signifying the Scandinavian peninsula and Finland - ed) and Russia. Finland has a legal definition of Sami which is used by the Sami parliament (the representative body of the Sami) so that anyone identifying themselves as Sami can register to take part in elections. The electoral roll is then used to keep track of the number of the Sami population in Finland, which is currently around 9, 200. However, we can’t be certain that all Sami are registered. In Sweden and Norway the estimations of the total Sami population are much higher that the number registered to vote. The definition of the Sami is a difficult issue which has been much debated.

cafebabel.com: The relationship between the Finnish and Sami communities is historically complex and painful. What place does the latter hold in Finnish society nowadays?

Tanja Joona: The lifestyle of the Sami no longer differs that much from the lifestyle of the rest of society. In northern parts of Finland employment and social conditions are the same for everyone. Some of the Sami practice traditional livelihoods, such as reindeer herding, fishing and hunting, like many other local people in Lapland. More than half of these 9, 200 people live outside the Sami territory, where the Sami have been guarenteed cultural autonomy by law. Large Sami communities can be found in the captial of Lapland Rovaniemi and cities Oulu and Helsinki in the south of Finland. In these cities Sami have the same social and professional lifestyle as Finns. However, children can take classes in the Sami language at nursery and school. 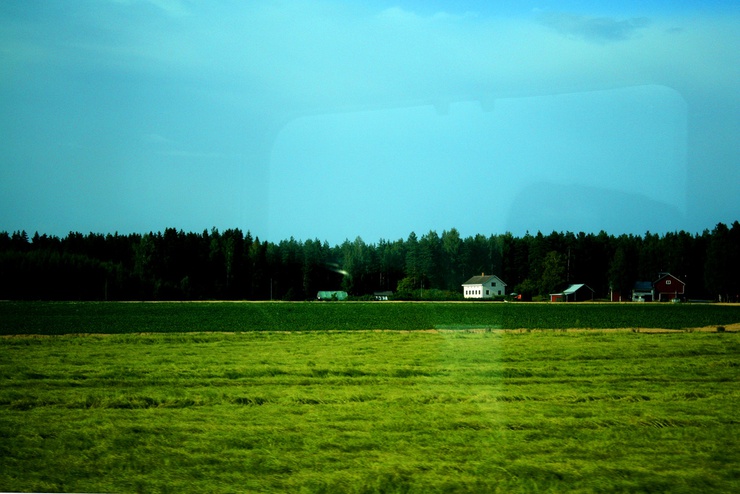 cafebabel.com: The Finnish state has signed a large number of conventions recognising the fundamental rights of indigenous people. However convention 169 of the international labour organisation (ILO) seems to pose some problems. On 1 January 2011, Finland’s leaders voted against its ratification once again. Why?

Tanja Joona: Article 14 of the ILO convention obliges the state to recognise the ‘ownership and possession of the peoples concerned of their traditionally occupied lands’. In Finland the debate is whether ‘ownership’ is really meant here, as opposed to perhaps ‘administration’ or stronger usufruct rights for the reindeer herders (allowing the herders to profit from common property or property belonging to them - ed). Ownership is a very strong right. It would be difficult for the state to give up such large parts of its economic revenues to a minority.

cafebabel.com: Finland, like its northern neighbours, has the reputation of being a liberal, democratic and modern western country. How do you explain the fact that Norway already signed the convention in 1990, while Sweden and Finland continue to hesitate?

Tanja Joona: The tradition in Norway is somewhat different to the one in Finland: it seems that the ratification of the convention was rapid but its implementation was a real challenge. Finland’s tradition is different: we’re trying to change our laws so that they fulfill the requirements of the convention beforehand. After that, ratification and implementation should be easier. The truth is that we have very little knowledge of what these international conventions of human rights would really mean in practice, both politically and legally.

cafebabel.com: The newspapers blamed the failure on Finland's centre party for not following up on preparation completed by the ministry of justice. Does this mean the problem is political? 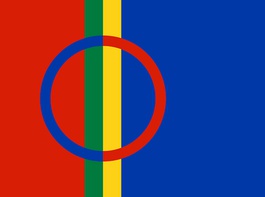 Tanja Joona: Of course the ratification of this kind of convention has a political nature. However, in this case it requires also major legal changes where certain expertise is needed. Almost all of the main parties are against the ratification and there are disagreements inside the parties as well. The green party is in favour of the ratification because the minister of justice is a member of party. Many of the parties support the strengthening of the cultural and linguistic rights of the Sami but no one wants to act when it comes to a discussion about the land rights and the ownership. Of course, the question is difficult and contains many different views.

cafebabel.com: Finally, isn’t this an economic question concerning the use of the northern territory of Fennoscandia in general?

Tanja Joona: We’re talking about potential ownership of a territory covering one-third of the total Finnish landmass, so yes, it certainly is an economical question. Historically, this area belonged to the Sami. We never talk about ‘northern Finland’: instead we always say ‘the Sami homeland’.