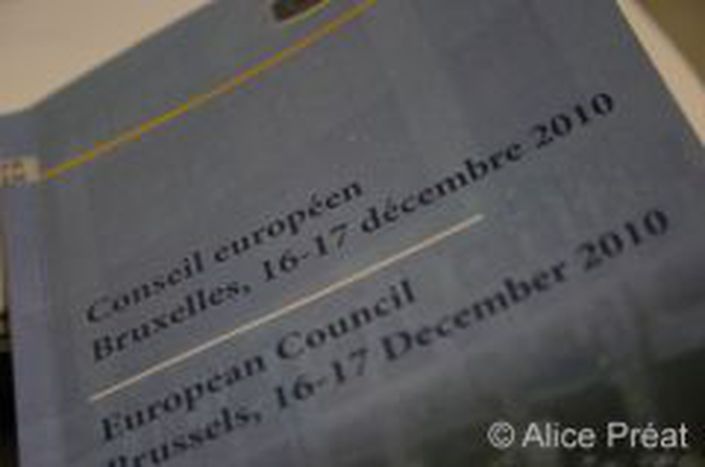 Financial stability dominates the agenda at the Council summit

By Alice Préat The end of the Belgian Presidency of the EU is approaching. This means that starting today 16 December and finishing tomorrow, 17 December the European Council is meeting for a late-presidency final summit in Brussels.

After the traditional family photo Heads of States family photo, the 27 member countries of the European Union have settled in to discuss financial stability, a subject that has received a lot of attention since the financial problems of Greece and Ireland, and rumors of disaster for Spain and Portugal.

A mechanism for crisis management has just been passed by the Parliament and it’s the Council's turn now to adopt it before its function can be defined in 2011. The President of “Eurogroup”, which brings together all the ministers of Finance of the euro area, and current Prime Minister of Luxembourg Jean-Claude Juncker, hold in esteem the notion that "a systemic crisis requires a systemic response”. He pioneered the idea of Euro-bonds, loans that would be launched jointly by several states. The idea was abandoned after coming under fire from critics, including Germany, a country with one of the lowest bond yields in Europe. Jean-Claude Juncker told the AFP that if it were up to him, he would revive the idea at the summit.

During the working dinner, the President of the European Central Bank, Jean-Claude Trichet, will discuss with the heads of states the economic situation. On Friday, the High Representative for Foreign Affairs, Catherine Ashton, will report the work that has been done on strategic partnerships. Finally, as declared by the official agenda, the Council will decide whether or not Montenegro will achieve the status of candidate country.