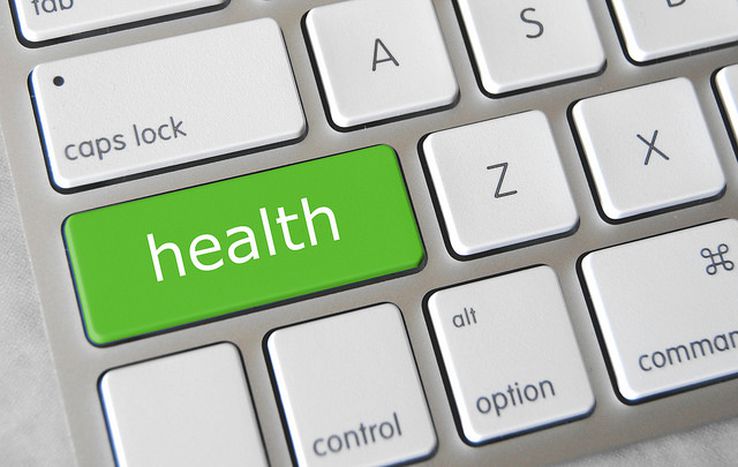 In 1965, Europe saw its first piece of Health legislation on human medicines. This complex regulatory framework began with Council Directive 65/65, which has introduced rules on the authorisation and distribution of medicinal products. Fifty years later, how far have we come?

The pharmaceutical industry is one of the most vastly regulated industries in the world. As for the European Union and its Member States, they are responsible for an intricate web of legislation and regulation. There is a very long way between the development of a new drug and its legal introduction in the market. The executive agency operating on behalf of the European Commission is the European Medicines Agency (EMA), responsible for the evaluation of medicines since its creation, in 1995. The EMA is the hub of a European medicines network, including over 40 national regulatory authorities, securing a continuous exchange of information and knowledge.

In fact, people in Europe are not only living longer but also with greater quality standards. According to Eurostat, life expectancy at birth in the EU-28 was estimated at 80.6 years in 2013, reaching 83.3 years for women and 77.8 years for men. Thanks to continuous research within the pharmaceutical sector, the guarantee of safety and better outcomes is one of the biggest achievements in the health industry. Let us take a look at rare diseases. Characterised by its low prevalence, they affect between six and eight per cent of the population in the EU, representing between 27 and 36 million people. Rare diseases represent a considerable challenge for the industry, as the conduction of clinical trials is hardly representative. At EU level, the Commission has already taken concrete steps to address this issue. Since the 1990’s at both EU and national level, national strategies and different initiatives have emerged.

We all know that medicines are not entirely good for our system, but the truth is that we need them. The truth is that they do take our pain away. It’s kind of a dependent relationship. And even though many people struggle until the last moment to avoid taking medication, we can’t deny that drugs can help us withstand a period of sickness in our lives. We all know that drugs are said to cause side effects, which is not a secret and shared with all patients, and there are regulations on quality control, namely on packaging and labeling. 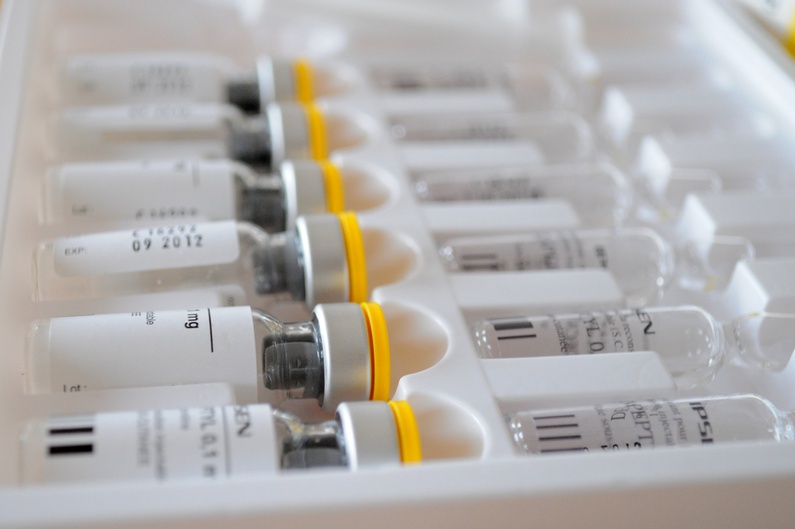 When it comes to patient safety, the EU has been working on crucial topics such as monitoring falsified medicines and developing research on orphan medicinal products as well as in advanced therapies. Fueled by the rising number of adverse drug reactions (ADRs), the EU pharmacovigilance legislation, which has been subject to a major review that led to the adoption of new legislation in 2010, has been a major progress in public health. According to the Commission, approximately 5% of all hospital admissions are caused by ADRs, 5% of hospitalised patients will experience an ADR during their hospital stay and ADRs are causing 197,000 deaths annually throughout the EU. Moreover, a study from the Department of Pharmacology at the Government Medical College in India has reached the alarming conclusion that there is a big correlation between women using oral contraceptive pills and the development of glaucoma. These findings have been paving the way to post-authorisation safety and efficacy studies aimed at fortifying drug surveillance and therefore enhancing patient security. Naturally, there are countless cases of ADRs reported across the EU as well as undesired side effects.

The Other Side of the Coin

Because we are, after all, evaluating the development of a business, some stakeholders remain skeptical towards the pharma sector’s way of operating.  Late in March, EMA has published a public consultation entitled EU Medicines Agencies Network Strategy to 2020 – Working together to improve health, which had a joint reaction from three different organisations: Health Action International (HAI), International Society of Drug Bulletins (ISDB) and Medicines in Europe Forum (MEF).

These health groups called on the Agency in order to address independence and transparency problems. One of the major concerns came from a policy advisor from HAI, who claimed that “83% of the EMA’s budget is coming from corporate fees in 2015”, reflects an essential cause for apprehension, as there may be a strong conflict of interests amongst staff and experts throughout the Agency. In 2012, an international initiative (AllTrials) lobbying for all clinical trials to be published was created by BMJ, Cochrane Collaboration amongst other stakeholders. EMA’s stance towards transparency was however improved in 2012 by Professor Guido Rasi, in a first real commitment from any regulator to open up clinical trial data. Rasi said that the EMA’s new policy would serve as a useful “complementary tool” ahead of the implementation of the new EU Clinical Trials Regulation that will come into force before May 2016. This new Regulation will allow for greater transparency as it eradicates the legal framework for the pharma industry to not publish its data. In October 2014, EMA announced that from the 1st of January 2015, the Agency would begin publishing the clinical study reports comprised in all applications for centralised marketing authorisations for new medicines. The US drug regulator, FDA, is far behind EMA when it comes to transparency, as the American Agency remains unacquainted with the transparency concept yet FDA possesses more clinical trial data than any other regulator.

The EMA is responsible for issuing drug certifications based on World Health Organisation (WHO) recommendations, and it also supports the work of health authorities outside the EU. These certificates are in compliance with good manufacturing practices (GMP), required by EU Health legislation. According to EMA’s statistics, both in 2014 and 2013, Taiwan, Hong Kong and Israel are the top three importer countries. India, China, Algeria and Kuwait appear in the top ten in both years, though in a different order.

Hence, the Agency fosters relationships with many countries, aiming to exchange knowledge and regulatory information such as marketing authorisation procedures, changes to marketing authorisations and post-authorisation surveillance of medicines. Thus, the EMA works in close collaboration with the Food and Drug Administration (FDA) in the United States, as well as with the health and food national representatives of Canada, Japan and Switzerland. Though of a different nature, Australia, New Zealand, Israel, China, India and Russia are also closely working with the EU.

In 2014, the African Union announced the creation of an African Medicines Agency molded on the EMA concept. Likewise, the East African community developed a similar initiative (though through a decentralised model) for five African countries. The same happened in the Caribbean. 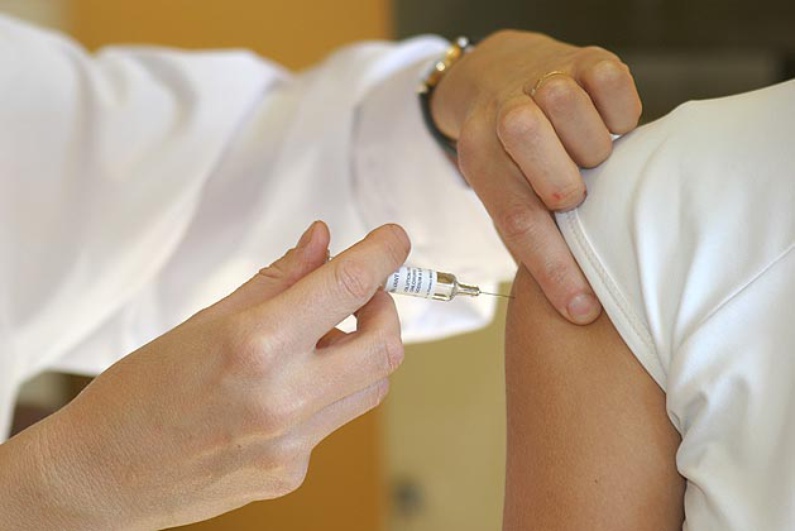 We often complain about excessive bureaucracy but we ought to be grateful to be European and protected by such high standards when it comes to medicines. Due to a decrease in the quality of healthcare systems across the EU, following the systemic crisis and austerity measures, the EU is now fighting back and rising up from the ashes in order to tackle inequalities within the Member States.

Despite the difficulties, the EMA maintains its support towards the implementation of a new international standard designed to improve the reporting of suspected side effects of medicine in Individual Case Safety Reports (ICSRs) by establishing the same reporting format across the world. Also, the Agency continues supporting Member States and the Commission in the implementation of the Falsified Medicines Directive as well as developing further guidance fort good manufacturing (GMP) practices and good distribution practices inspections, and also supports the assessment of third countries for equivalent GMP requirements and supervision arrangements.

I find it fantastic how human curiosity, along with Science, has delivered such impressive results to humankind. One hundred years ago, life expectancy at birth was almost 50 years less – this is remarkable. Nowadays, we do live longer but in some unfortunate cases, elderly people end up stuck in a bed, extending their lives by taking drugs and also thanks to the innovation in medical devices. This is a point in which I remain apprehensive and where ethics and morality come into play.

Nevertheless, the pharmaceutical industry still has many challenges to tackle. Issues like parallel distribution, falsified medicines and drug shortages are causing major problems for the sustainability of pharmacies in the Member States, as well as in healthcare systems throughout the EU. Conflicts of interest between all players in the game must be contained, and patients must be the uttermost priority of this sector.