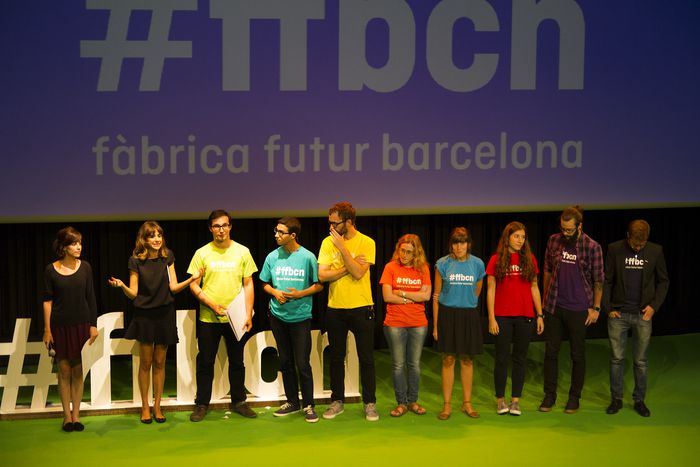 The final round of futur fàbrica barcelona (#ffbcn), an initiative of the City Council and Obra Social "La Caixa", was held on September 17.

The idea is to put the spotlight on the future, encouraging ten projects for the future by ten young entrepreneurs in ten different areas.

We spoke to Bibiana Ballbé , curator of #ffbcn, and three of the participants in #ffbcn.

"In a world where everything changes so quickly, where digital technology makes us rethink everything, it's mandatory to look forward to the future, not doing so is surrender to whatever happens". This is how journalist Bibiana Ballbé defends the proactive attitude that she leads as the curator of  fàbrica futur barcelona (#ffbcn), an initiative that encourages creativity, entrepreneurship and innovation from Barcelona to the world, promoting projects drawing the future in different fields and areas of knowledge.

Youngsters taking part at #ffbcn have in common an entrepreneurial and innovative profile, which often is recognized across the Atlantic. According to Ballbé, in Europe "we must learn from the United States, where everyone believes and defends it, everyone is a born entrepreneur, we lack of that culture," she says. 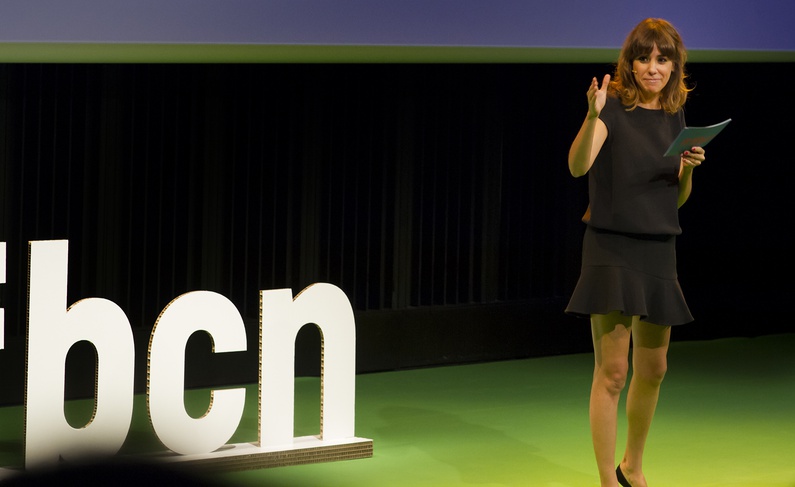 Overcoming the barrier between physical and digital

According to Jordi Valls, one of the youngsters involved with #ffbcn, in Europe there is a lack of support to entrepreneurs, institutionally, but he highlights that "as a mixture of different cultures and cities more things happen, we get feedback from each other and that makes us very powerful." For him, London is known among entrepreneurs as the European financial point, while Berlin is more cultural and trendy. What about Barcelona? The city is, according to Valls, the main point for design and creativity. "We can be even more important in mobile technology and innovation and it mixed with design is very powerful," he says. 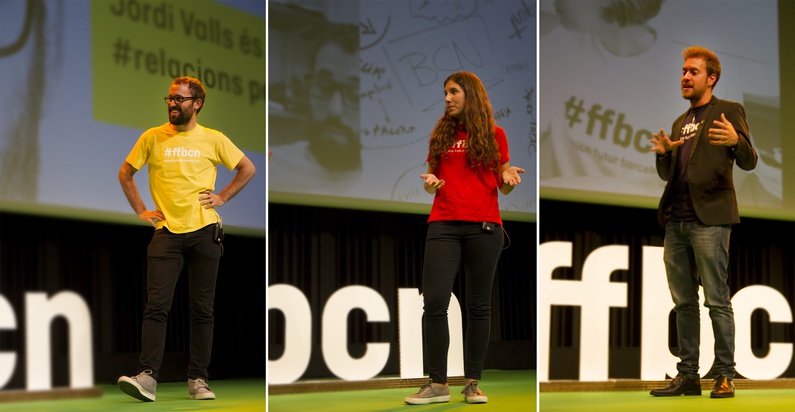 A trampoline for creators and students

The project by film producer Bernat Saumell for #ffbcn has the goal of connecting companies and professionals from the arts and entertainment with its audience. This idea, mainly focused on cinema but opened to other disciplines, learns from the marketing strategies in the United States, where they spend millions of dollars in campaigns to generate interest in the audience.

"If you don't generate a need in your audience, they won't consume your product," says Saumell who, at the same time, recognizes that Europe values a different kind of cinema that cannot compare the American industry "because we are less people, it's not a country with a population over 400 million people, clustered and with the same language." Saumell says Internet is an ally to cinema, allowing "to make the international distribution more easy and Europe becoming more cohesive", maing goals for the future of cinema, he says.

Another project from #ffbcn is lead by Carmina Solà, who wants to improve the culture of interships and the relation between students and companies, que quiere fomentar la cultura de prácticas entre estudiantes y empresas, making it more accessible and enjoyable through gamification. She has experience on that, when she was only 18 years old she took one year off to do internships in the United States, Germany and Belgium. Solà assures that abroad "people see the internships as something normal while you're studying or even earlier" while in Spain "you must wait for your third or fourth year in university to start them".

This, she says, needs a change of mentality, as internships are seen as "precarious employment practices for the people doing the work that nobody wants to do," he says. She sees the internships as a pre-entry to the company and, in this sense, she refers to the internships offered in companies from Germany and France, where companies offer scolarships to students that combine studying at the university while doing internships at different departments of the company, helping financially in exchange for the student working for the company for a certain period of time, once he or she finished the studies. "Basically, you start university with a job guaranteed once you graduate," Solà concludes.