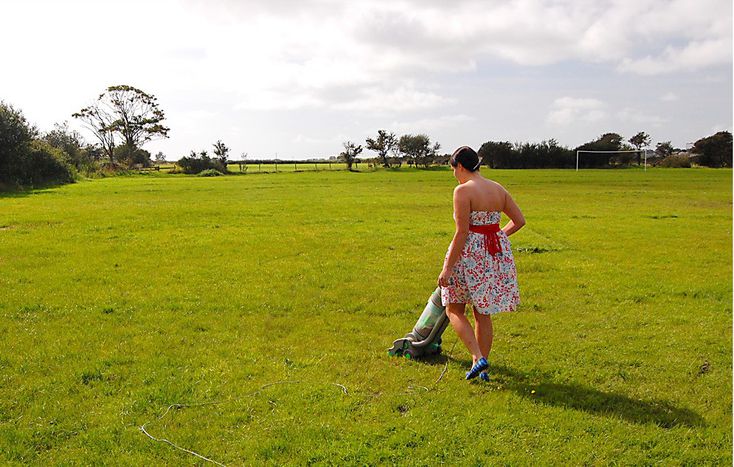 For more than a month now a new broom has been sweeping clean the streets of Istanbul – as well as the country's football and armed forces. But who’s wielding the broom? What ‘rubbish’ are they trying to get rid of? ‘Turkey eats dirt’ is cafebabel.com's response to the summer ‘dust up’ by the Turkish authorities.

On 3 July the Turkish judicial authorities disclosed that they were investigating a series of rigged matches involving Turkey's most prestigious football clubs. Official phone tapping has led to search warrants being issued and a succession of highly publicised arrests, police interrogations and detentions. The tally to date, based on 19 matches that have allegedly been rigged, stands at almost 80 arrests with 31 people held in custody. With football a veritable religion for Turks, it is not hard to imagine the shock waves that the announcement has set off. There are even rumours that the government stalled before deciding to reveal the details of a scandal that could have had an influence on 12 June's general election. 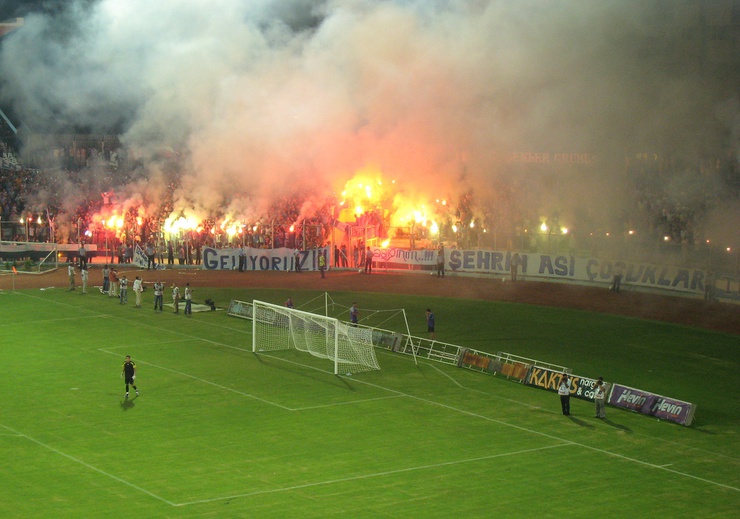 The league winners Fenerbahçe's chairman, Aziz Yıldırım, was arrested on the very day that the investigation officially opened. The club seem to be at the heart of the storm, yet the zealous authorities have not spared other big clubs, including Beşiktaş, who are fifth in the league and winners of the national cup competition, and Trabzonspor. Fenerbahçe - the club’s name means ‘yellow canaries’ in Turkish - have not been slow to see the hand of the ‘police state’ behind the highly unusual investigations. This overtly political accusation leveled by the club's chairman has generated contradictory and often far-fetched rumours amongst fans. Some claim the whole thing is a campaign to replace the chairman with an ally of the government. Others insist the real target of the affair is prime minister Recep Tayyip Erdogan of the ruling justice and development party, a well-known supporter of the yellow canaries and a member of the club's governing body. It is worth remarking, though, that Erdogan has welcomed the current ‘purification process’.

The national team could be excluded from euro 2012

So, is it political manoeuvring or a genuine attempt to clean up a sport that only last year was shaken by a murky illegal betting affair? The baffling wait-and-see approach adopted by the Turkish football federation does not bode well. Apart from deciding to postpone the start of the spor toto super league season by a month, the association has not taken any action against any of the individuals who have been charged or any of the clubs cited in the dossier. Indeed, several in sports news websites are suggesting that, if it ends up being proven that the association has deliberately dragged its feet, the national team could be excluded from euro 2012, which takes place in Poland and Ukraine. In a press release from 12 July, Uefa (the union of European football associations) did not rule out the possibility of excluding Turkish clubs from European competition if the Turkish authorities end up by confirming the facts. 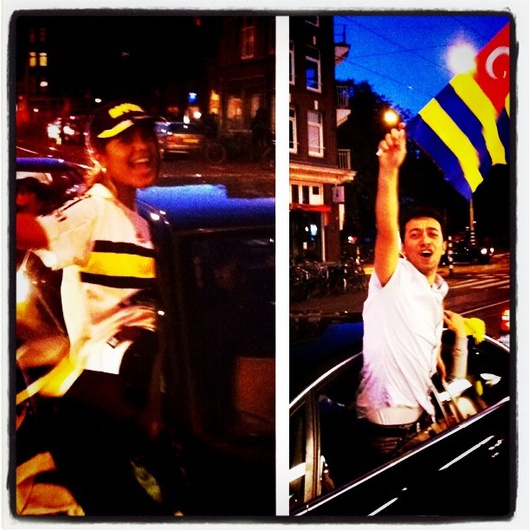 There was a new twist on 24 August when, to everyone's surprise, the Turkish football federation announced that it was excluding Fenerbahce from the champions league. This decision, which amounted to a tacit acknowledgement of the club's guilt, left many observers feeling sceptical: how could the association, which up till then had used the alleged lack of evidence as an excuse to justify their inaction, suddenly take such a radical measure? Everything points to the hand of Uefa. After the chief legal counsel for integrity and regulatory affairs made a surprise visit to Istanbul, Uefa laid down a clear ultimatum: if Fenerbahce did not withdraw from the European competition or if the Turkish football federation failed to exclude them, then UEFA would mount a disciplinary investigation and sanction the association. The question to be asked now is: will the other clubs that have been tainted by the scandal also pay the price for Uefa's zero tolerance policy regarding match rigging?

Given the scale of the investigations, which are based on a recent law that targets organised crime, supporters are in no doubt that convictions will follow. It remains to be seen whether legal sanctions will only be taken against the individuals charged or whether they will include the clubs as well. If it is only the former, as many football lovers fear, then the show of force will miss its stated object: to wipe out the corruption that is endemic in Turkish football. Is it a case of spring cleaning, or the art of sweeping things under the carpet?