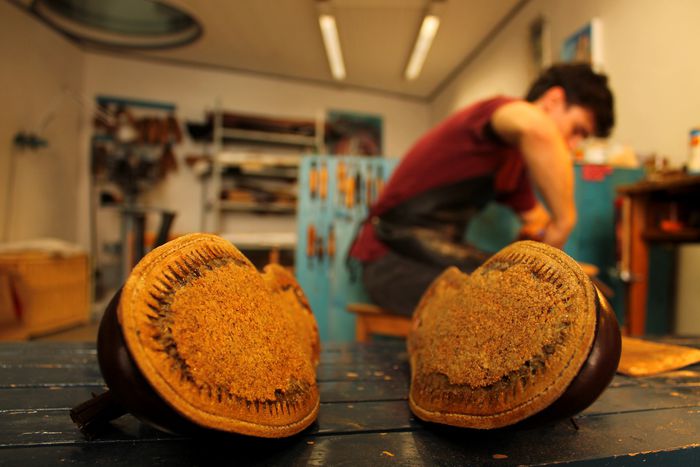 Federico Badia, the young Italian who chose shoemaking over university

At the age of twenty, Federico decided to become a shoemaker. Six years on, his freshly graduated contemporaries cannot find work, while he has opened a workshop in the heart of Umbria, in central Italy

Federico Badia sits on a stool, brush in hand, as he polishes a pair of leather shoes. They are almost ready, but it has taken three weeks to perfect them. Between one brush stroke and the next he blows a wisp of his hair away with a puff of breath. The 26-year-old opened his workshop in Orvieto, in Umbria, in 2010. ‘I’m giving the crisis the boot,’ he laughs. ‘They’ve taken care of the rest,’ he adds, indicating with a fleeting glance a group of Dutch tourists who have just come into the shop. In a way Federico is right; as a shoemaker he has literally reinvented a trade. 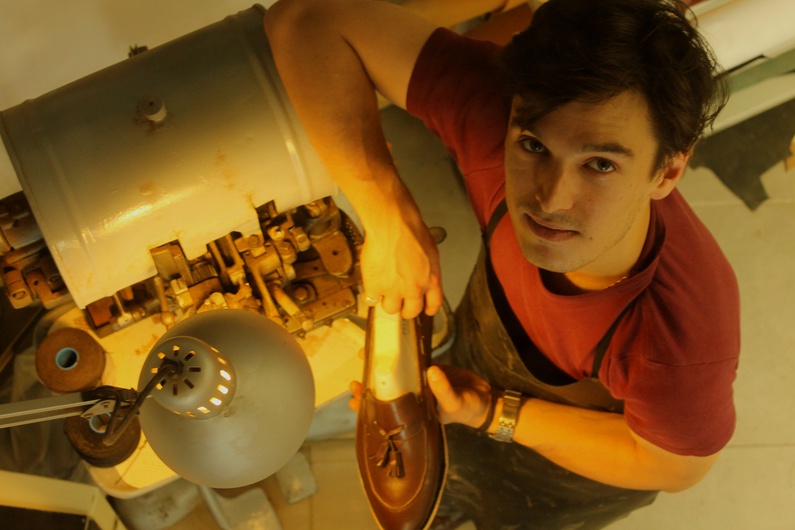 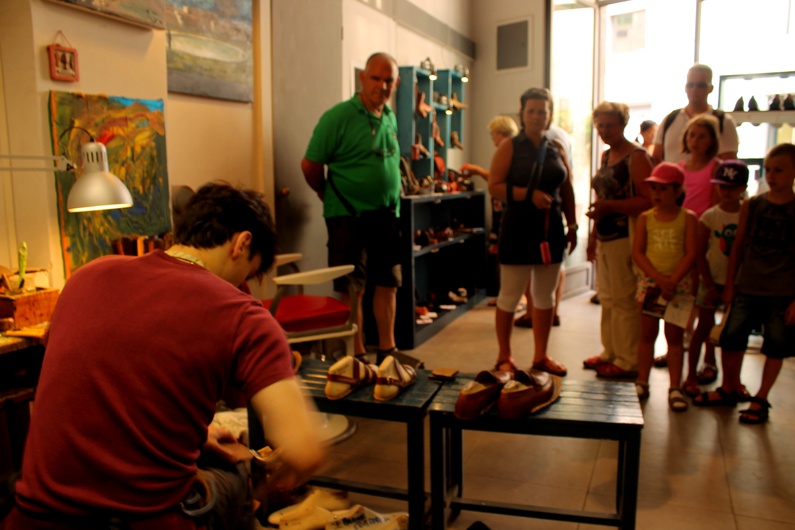 Made in Italy (really)

The story of Badia’s entrepreneurial success starts in 2006. After completing surveyor’s college, Federico did not apply to university. Instead, he decided to commute to Rome from Orvieto to learn the shoemaking craft. ‘Every day I took the same train at six in the morning, then the number 64 bus to the centre,’ he says, wincing with exertion while he hammers the sole of another pair of shoes. After a year and a half of apprenticeship, he went back to Orvieto where he worked in a shop which imported leather products from China. ‘They resold everything as being ‘made in Italy’, he says, a bitter expression breaking out across his face.  Every year, counterfeit goods with a value of 567 million euros are imported to Europe from China. Italy is the worst country in Europe, with six million products confiscated. 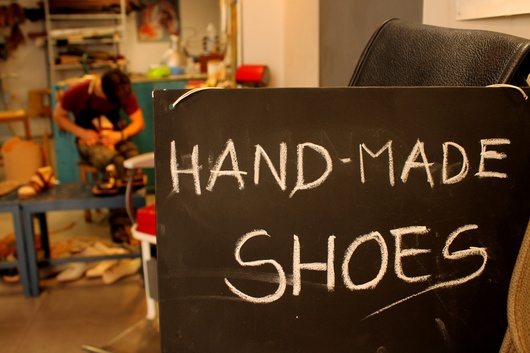 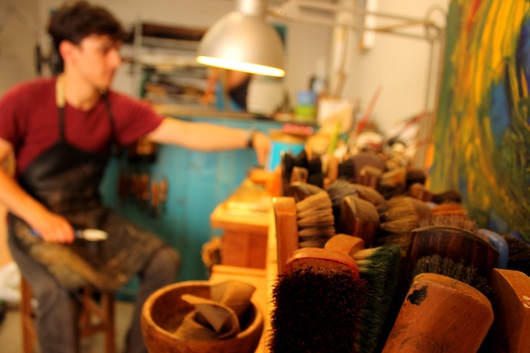 After his experience as a shop assistant, Federico took a big step, opening his own business in 2010. ‘At first I mainly did repairs, but I realised that it was taking up too much time, and I wasn’t creating anything of my own. Now I give all my time to my products.’ The young shoemaker has his own way of dealing with his clientele. Aside from tourists, often he is the one who goes out to meet people interested in his work. Last winter he even went to Milan to take a customer’s measurements.

According to a study by Confartigianato (an association for craftspeople and small artisan businesses), the production of leather goods has proven itself to be crisis proof. Between 2011 and 2012, 1, 390 new companies were founded in Italy. It represents an increase of half a percent on an annual basis. In the same period, many of Federico’s contemporaries who had finished university found themselves without job opportunities. Youth unemployment between the ages of 20 and 25 had gone up to 40%.  In the Orvieto area, many young people have lost their jobs in the last two years or have not received their salary for months. The companies in the area are closing, unremittingly, one after the other. It is needless to say that finding a job in these conditions is a demanding task. 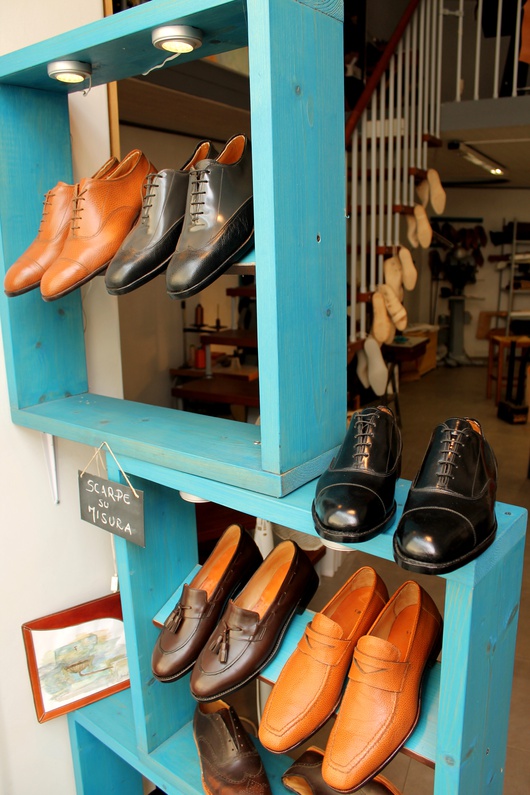 Federico deserves credit for creating a job for himself without having to emigrate to a country in northern Europe. Nevertheless foreign countries play a part in his future projects. ‘I didn’t start this job to stay here. I would like to open a shop in Frankfurt or Brussels in the next few years,’ he says, looking self-assured. Why is Federico aiming for these cities in particular? ‘The institutions,’ comes his crisp reply. Frankfurt is the continent’s financial centre, while Brussels is the headquarters for European institutions. ‘Imagine how many people are wandering around the streets of these cities with good salaries in their pockets,’ he says. ‘Who wouldn’t want a fine pair of shoes, knowing with certainty that they were hand-made in Italy?’

In order to fulfil his dream, Federico will need to hire other people and understand the rules for opening a business in a foreign country. These are all thorny questions and he will need to get expert advice, but the challenge fascinates him. ‘It means that there will be work for other people, maybe young people like me who understand things and who want to want to get things done.’ Listening to Federico, it seems that the answer to the economic crisis is all in an individual’s ability to take on a challenge. In reality, this is only one side of the story. A way out of the crisis also depends on the decisions being made by the people at the top of Europe’s institutions. Perhaps someday, Federico will be fitting shoes for these same people.