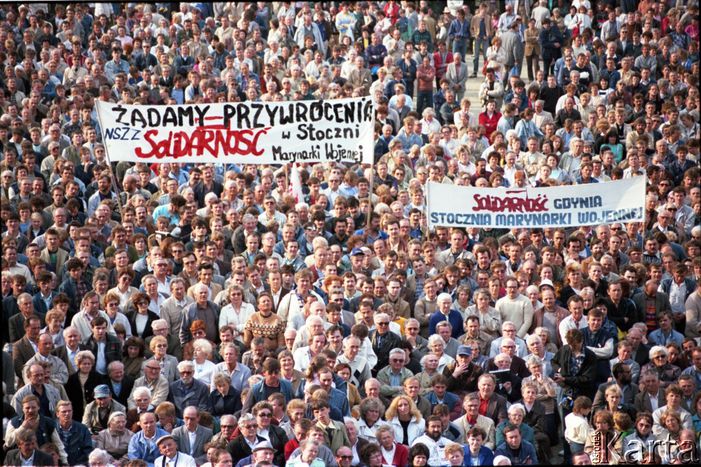 February 1989: the “Children of Freedom” generation is born

On February 6th, 1989 the envoys of Solidarność (the Polish opposition and democratic underground) sat at a round table with the communist regime to talk things over. The Polish Round Table Talks marked a new beginning not only for Poland, but also for the rest of the countries under communist rule.

My parents call me “the child of freedom” because I was born when the Round Table Talks were underway. Though it might excite a few laughs, the phrase is actually dead serious. Without being excessively pompous, I think it is only fair to question oneself whether our generation is ready to embrace the freedom we were born into and fully appreciate it. I know for a fact that my parents actively defied the regime, yet when I ask them to share some of their adventures, an uncomfortable silence falls. “You know”,  I hear eventually, “one tries hard to forget these happenings.”

The evening of 17th September 1979 might be one of them. My mother took a train to Lublin in South-East Poland to join my father there, so that they could go hiking together in the Tatra Mountains. The train arrived on time, my father picked up my mother and her considerable-seized backpack and they started off for home on foot. It was a long way from the station and the day was nearing its end. They passed under a flyover and continued up the hill, chatting away. There was a militia car parked on the street in the wrong direction. Its dead headlights pointed at my parents. They turned on and off and on again as the car was turning around. A policeman stepped out of the car and demanded to see my father’s ID. As my father wasn’t keen on handing his documents over (for fear of losing them for good), a heated quarrel started. My mother stepped in and managed to calm the officer down. “If they had checked my backpack”, my mum says today, “we would have been put in jail straight away.” The knapsack was half-filled with illegal leaflets and anti-regime Workers’ Defence Committee’s bulletins (KOR) my mother was to distribute in Lublin. Every 17th September the opposition gathered on the Litewski Square to commemorate the Russian invasion of 1939. My parents happened to be in the wrong place at the wrong time. 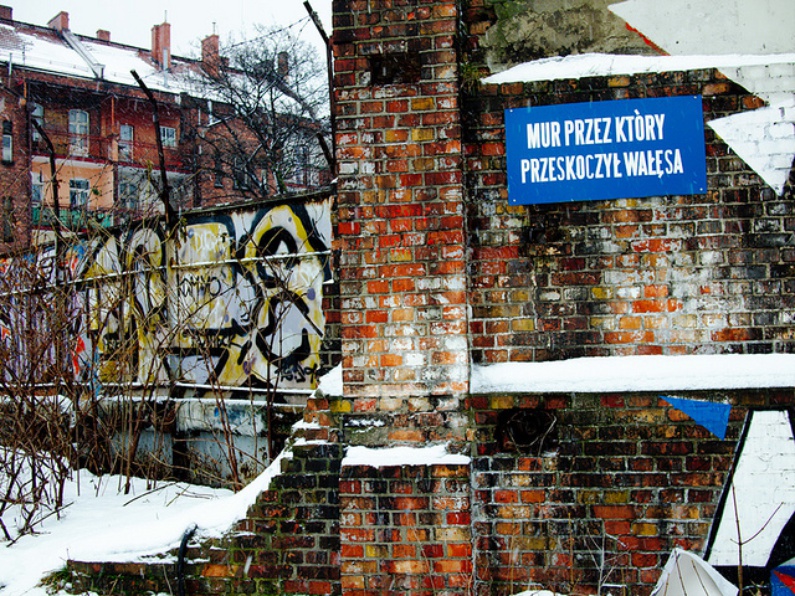 The freedom of movement was a luxury my parents didn’t have. For those who are the EU citizens used to transparent borders, the idea of having to apply for one’s passport to go abroad seems very distant and unreal. And yet, to meet my father in Sweden, my mother had to fill in a form for a new passport only to receive the very same, so-not-new document she applied for every time she wanted to leave Poland. Having done that, there were weeks of checking in at the office to make sure she hadn’t been crossed off a popular list of names of the lucky ones who were also waiting. With the passport in her hand, where would she turn to for foreign currency? Had she been going to one of the welcoming and sunny-dispositioned communist countries she would have received a check book with each check conveniently written for her for a chicken feed amount. Had she, however, wished to go West, she would have had to, well, get on with it.

Living in a communist Poland equaled passing an acid test of courage and survival skills. Though so ordinary now and, for some, even passé an issue, freedom is a privilege and it must never be taken for granted.