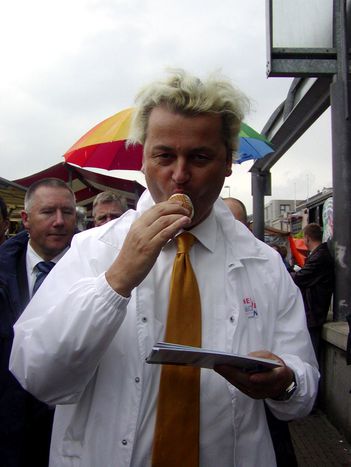 Fathoming the power of right-wing populist Geert Wilders in Europe

If the freedom party leader is successful in the June parliamentary elections, Dutch politics will be destabilised and Europe will be forced to deal seriously with the man once nicknamed 'Mozart', write the Dutch, Swiss, Spanish and Slovakian press

The Dutch politician, a controversial anti-islamic figure, won many voters over to his party in local council elections in the Netherlands on 3 March. The freedom party is now the biggest party in Almere and the second largest in The Hague.

If the results of the parliamentary elections on 9 June in the Netherlands are similar to those of the local elections the country will face political instability, the left-liberal daily writes:

'The low voter turnout and the success of the local parties can't be interpreted as anything but a serious lack of trust in state politics. This is not conducive to optimism. The splintering of the political landscape seems to be still in progress. Both the (social democratic, labour party) PvdA and the (christian democratic) CDA have a great interest in preventing his (freedomparty)PVV from becoming the major party but they won't do each other the honour. No matter who emerges as strongest on 9 June, it will be virtually impossible to form a coalition with less than four parties. If the PvdA wants to prevent Geert Wilders from coming to power and the CDA prefers not to share government with the PVV, it can't be clever for them to both rule each other out as potential coalition partners'

After Geert Wilders' success in the local elections in the Netherlands the daily calls for a serious exchange with the right-wing anti-islamist. Although Wilders has absurd demands and no interest in constructive politics, ignoring him would be negligent, the paper writes:

'The Netherlands, once a bastion of liberal lifestyles and fanciful laisser-faire attitudes, has all too long disavowed the fact that under the cloak of generous immigration a parallel society has developed which couldn't care less about the most moderate integration efforts. Consequently the democratic parties will not be able to avoid dealing intensively with this problem. Because by abandoning integration policy to Wilders, they run the risk that the PVV and its moonstruck leader will play a key role in the next Dutch parliament and massively hinder the possibility of meaningful governance. Even the noblest of reservations aren't worth such a price' (Jürg Dedial)

Geert Wilders' ultra right party has emerged stronger from Holland's local elections. Europe's parties need to understand the reasons for this and react, writes the daily, which has close ties to the conservative wing of the catholic church: 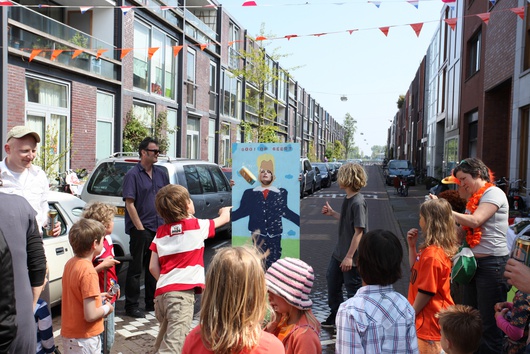 'After the referendum in Switzerland which brought the ban on the construction of minarets, the results in Holland reinforce the European trend of distancing itself from the growing muslim presence and islamist radicalisation. At this point it looks like the wave of rejection was more a reaction to the fanaticism of certain sectors of the muslim population than the product of xenophobia in a country that has a long tradition of taking in foreigners Whatever the case, we are witnessing a phenomenon that cannot be attributed to stereotypical prejudices. There is a new challenge in Europe and if the traditional parties are incapable of dealing with it the citizens will end up choosing other options'

'How would he act in power?' - Sme, Slovakia

'It's entirely possible that every future Dutch government - barring a grand coalition like the one that has just collapsed - will need Wilders' support. He is no racist, and most certainly not an anti-semite, and nor does he suffer from anti-Americanism.

'He's no racist, most certainly not an anti-semite, nor does he suffer from anti-Americanism'

He is against protectionism and believes in the free market. On the other hand he foments hatred, talks of collective guilt and wants to put a full halt to immigration. We can't know how he would act if he had a share in power. He himself says he wouldn't insist on implementing all of his statements against immigration. But it will be necessary to keep a close eye on events because Wilders' model threatens to spread to large parts of Europe' (Peter Morvay)