Failure of the Lisbon strategy: blame lies with nation states 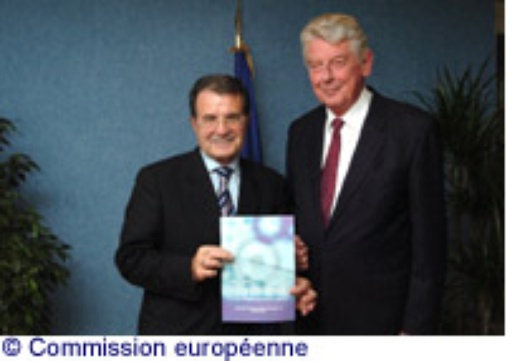 The people in Lisbon for the March 2000 European Council were on the right track when they pronounced making "the EU the world's most dynamic and competitive economy" by 2010 the objective in order to achieve sustainable economic growth and better social inclusion.

The ‘3%’ objective for research and technology

At the half-way stage, however, the situation is rather disappointing. Little or nothing has been done and the anticipated mid-way objectives are unobtainable. Increasing levels of investment in research and technology development from its current level of 1.9% to 3% of EU GDP by 2010, and taking two thirds from private funds, is looking to be a formidable challenge. Confirmation comes from the latest available data: global investment in research and development in the EU grazes 2% of GDP but the annual average growth rate is only 4% (from 1997 to 2002). This is absolutely insufficient to achieve the objective of 3% by 2010.

Moreover, other objectives made in Lisbon are far from being achieved. The total employment rate, which is the number of people with jobs in the total population, increased from 62.5% in 1999 to 64.3% in 2002. This growth rate is too slow to be able to achieve the mid-way goal of 67% by 2005. The productivity growth rate of each employee in Europe has been in decline from the mid 1990s to the present, varying from 0.5% to 1.1% (compared to 2% in the US). Total investment by businesses has declined from 18.3% in 2000 to 17.2% in 2002 while public investment in the EU has also been decreasing, a phenomenon which penalises the infrastructure sectors of international networks and information sectors – crucial elements of the Lisbon strategy.

But Europe’s other problem is that it has not even managed to capitalise on the little progress it has made. The contribution of information and communication technology to productivity growth is half that recorded in the US because the way this technology is used and developed in some service sectors, notably finance and commerce as well as in some industrial sectors, is still inadequate. There is also a great lack of highly qualified researchers. Although the number of researchers has increased slightly from 5.4 per 1000 workers in 1999 to 5.7 in 2001, this level is clearly lower than that of the US ( 8.1 per 1000) or Japan (9.1 per 1000).

The Lisbon Strategy is been broken down into six driving principles, 117 common objectives, nine open coordinated proceedings and hundreds of reports. It is a complex and slow process which has allowed member states to get away with doing practically nothing. But Brussels bureaucracy alone is not responsible. If the Lisbon agenda eventually fails, blame will mainly lie with the member states as 40% of the EU directives adopted with reference to the Lisbon Strategy have still not been ratified by the 25 member states.

What should be done to relaunch the Lisbon Strategy? The outgoing European Commission, Wim Kok’s high-level group on the Lisbon Strategy and the new Industry Commissioner, Günter Verheugen, all agree that the cure would be national projects and European centres of excellence. This will mean more responsibility for nation states. Governments will have to present diverse and verifiable action plans with progress markers, not only on employment but also on innovation, research, education and the environment, as indicated in the binding objectives. In addition, investment will be made in a limited range of large scale programmes aimed at creating centres of excellence with sufficient funds, allowing them to obtain high levels of international visibility and to attract the best researchers from across the world.

Moreover, in order to achieve the aims of the Lisbon agenda, further investment must be made in human resources. This can be done by funding researchers and providing incentives for foreign researchers (starting with “Erasmus Mundus”), and providing special entry and residence conditions for citizens from non-EU countries who are in the EU for research purposes. Promoting human resources will also mean guaranteeing protection of intellectual property rights by finally defining the EU patent and reinforcing the connection between grass-roots public research and business. The objective? To provide incentives for the transfer of technology to industry and making intellectual property rights applicable to public research bodies and public-private partnerships.

For further information and the figures featured in this article, please see: