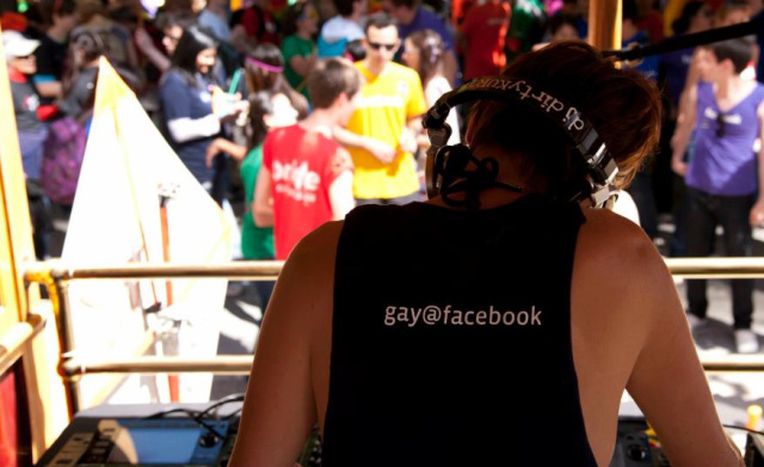 It’s been a week since Facebook users in Germany have been able to choose from 60 different gender identity settings. This is Facebook’s reaction to the increase in the number of requests from its users who felt restricted by the guideline of “man” or “woman”. This means Germany is the first non-Anglophone country to provide this option.

This change was introduced after the example had been set by Facebook’s US site, where it’s already been possible since February this year to choose which gender you feel you belong to out of several options. Together with the Lesbian and Gay Federation in Germany (German: Lesben- und Schwulenverband in Deutschland, LSVD), Facebook Deutschland has now adopted and increased the options introduced by the US site. In the end there were 60 different options, not only including terms such as “transgender”, “drag” and “genderqueer”, but also “genderless”. You can now also say whether you’d like to be addressed as “she”, “he” or both at the same time, and whether your personal preference is displayed publicly. Thus, biological sex and gender are now finally two different things on Facebook. 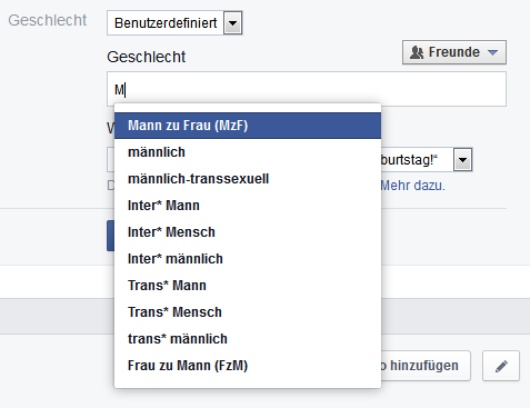 60 different self-identification options: that sounds like quite a lot. So there must be something there for everyone, right? You still have to ultimately decide on one of them, though. And therein lies the obvious weak point of this concept, because the labels given to sexual groupings are as individualised as the people themselves. Standardised definitions of the terms are yet to be included in the Duden (the authoritative dictionary and voice of the German language) – and rightly so – because the problem is not just that sexuality is a very personal matter, but that the terminology changes very rapidly as well. What used to be called “gay” is now summarised under the acronym LGBTI, and those that used to call themselves “trans people” might identify themselves nowadays as “queer” instead. And that’s how it goes: from one thing to another, depending on personal development.

But if this is all changing in such continual fashion, why do you have to state your gender at all? So that you can classify others more effectively? So that people potentially interested in a relationship can check directly whether you’re a possible sexual partner for them? Can I immediately remove people from my list of friends if I find their gender too weird? It’s not perfectly clear why public profiles even require this kind of information, because a person is a person and perhaps in future we should just get rid of all sex and gender labels in the public sphere. However, Facebook Deutschland spokeswoman Tina Kulow claimed in an interview that, “Many people find it extremely important to provide their identity”. It’s clear that allocation to a specific gender group is especially important on Facebook, where one’s profile is also an expression of one’s personality and serves to define oneself.

In any case, this does show one thing: notions of gender are always linked to cultural role models, and these have changed a lot over the past few decades. “Man” and “woman” are no longer the only possibilities for one’s gender identity, as seen recently with Conchita Wurst. It’s now thought that around 3% of the German population don’t identify their gender within this pair of opposites. That’s hardly the masses but, more than anything else, this innovation on Facebook has symbolic value. It shows that the desire to be able to live and express one’s sexuality away from gender norms is being taken seriously. This isn’t a revolution; it’s a small contribution to gender discourse on the path to more openness and tolerance. Perhaps these labels will therefore become completely unnecessary one day. That would be desirable, and that’s why this innovation is so important and good.