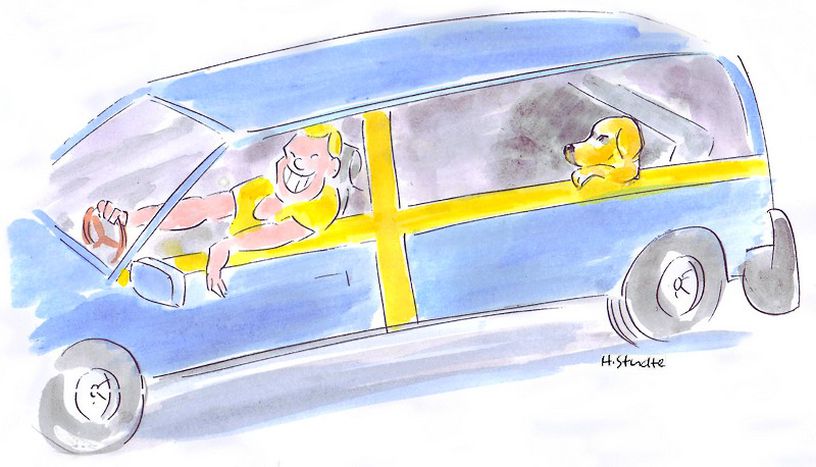 Expressions: why the Spanish ask you not to act like a Swede

The weekly overview of linguistic expressions is devoted to Sweden, who are holding the rotating six-month presidency of the EU, before the baton is handed over to Spain in 2010

During the presentation of his new football shirt in Los Angeles on 17 July, the Spanish could have told the Swedish former Inter Juventus striker Zlatan Ibrahimovic no te hagas el sueco

(Don’t act like you're a Swede). The famous expression means 'don’t pretend you don’t understand'; he knew he'd shortly be moving to Barcelona for the tidy sum of 45 million euros! Just as the Malmo-born footballer is not your typical Viking beauty (he has Bosnian-Croatian heritage), in this sentence, the word 'Swede' does not technically come from the Swedish language. The Latin word soccus, or zoccolo in Italian, means a piece of wood – so in other words, the expression can also translate to 'don't act like you're a bit thick'.

However, the beauty of the Swedes is renowned enough for Germans to cry out in admiration Alter Schwede!

(Old Swedes), which is another way of saying Oh my God. The expression originates from the Thirty Years’ War, during which old Swedish soldiers were hired to train the Prussians. If an incautious German proves too insistent, he might find himself before the Schwedische Gardinen

(Swedish curtains), another term to denote prison. There are no English-related expressions, but the tabloid media are well fond of Ul-ri-ka-ka-ka-ka-ka, as former Swedish weather and TV presenter Ulrika Jonsson is known as in the UK, where she worked and remains a celebrity. Should a beautiful woman not meet expectations, a Pole might ask To cóż że ze Szwecji (what does it matter if she comes from Sweden?), meaning 'who gives a damn'. If she turns out to be ugly, a Russian would not hesitate to disappear like a Swede at Poltava (Пропал, какшведпод Полтавой), a reference to the crushing defeat of the Swedes in the war against Russians in the seventeenth century!

Finally, the Swedes are not just cold, distant beauties: they also have a good sense of humour. The average Swede, chatting away on their Ericsson mobile in their Volvo (owned by Ford) or SAAB cars whilst listening to Abba with their Golden Retriever in the back could live like a Svensson, in homage to one of the most common surnames in Sweden.