On 14 June the International Zaragoza Expo opens its doors to the public, the sixth time that the exhibition has taken place on European soil in twenty years 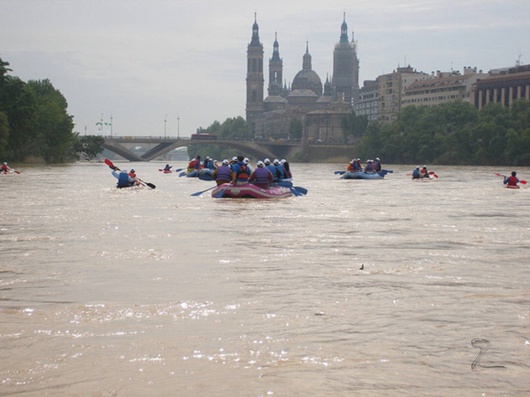 Between 14 June and 14 September, Zaragoza 2008 will mark twenty years of European bids for the international exhibition under the slogan ‘water and sustainable development’. It aims to project the image of a city and to set the minds of its citizens towards scientific, yet fun reflections about the big questions concerning the immediate future of our planet. Predecessors to Zaragoza included Plovdiv in 1991, Génova in 1992, Seville in 1992, Lisbon in 1998 and Hannover in 2000, in the economic and strategic adventure to transform a city and to invite us to transform modern society. ‘Various countries have the power to change water policies, and these are in the European Union,’ explains believer Eduardo Mestre, a Mexican hydraulics expert who runs the Tribuna del Agua (‘The Water Tribune’). This will be an ambitious forum for reflection, debate and the search for solutions about the world’s management of its water and the sustainability during the whole international show. ‘All our arguments are directed towards the EU,’ he concludes.

Diligent neighbours: from Portugal to Sweden 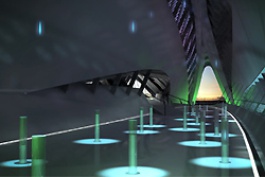 With 140 pavilions, 5, 000 spectators and 2, 000 experts participating in the debates, Zaragoza, capital of a region threatened by erosion and desertification in Spain, calls out to all countries to support the ideas and the methods to ensure that there is water for us all. The countries of Europe have responded. ‘Like good neighbours,’ takes up Mestre, ‘France and Portugal have made a great effort with relation to the quality of their technical and scientific exhibitions about climate change. Also outstanding is the view from the Swedish pavilion, with their modernist proposition: How do you live with water when there is so much?’

EU – music to our ears 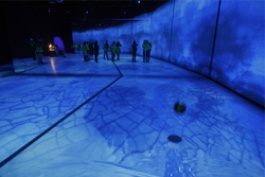 Immersed in the development of the directive aimed at fighting climate change which was passed in January 2008, the EU has its own pavilion in this exhibition. ‘This directive is a document that prompts mankind to have a better intellectual understanding about water,’ Mestre dares to state. The EU contribution however, will be rather critical: in the words of Sulvain Hubert, the director of the pavilion, certain things will be brought into the light, namely the ‘abuse and the misuse of this precious resource by the built up urban areas, industrial activity and agriculture.’

Many of the European organisers, such as European commissioner for agriculture Mariann Fischer Boel, economic and monetary affairs commissioner Joaquin Almunia, development and humanitarian aid commissioner Louis Michel and science and research commissioner Janez Potocnik, will attend in order to present their analyses and their proposals in the Water Tribune. The EU will also promote various cultural activities starring famous Europeans, such as the Finnish singer Björk’s concert on 10 August and the flamenco dancing concert staring Sara Baras on 10 September.

Water has the floor

Also contributing to the Water Tribune’s display will be Greek commisioner Stavros Dimas, environmental secretary, and Javier Solana, the EU’s representative on common foreign and security policy, both with essays about water management. The model of the debates and the conferences was inspired by the Barcelona forum of 2004, the event organisers would admit, ‘but also by another such events,’ adds Mestre. ‘The World Water Forum, in the past held in places such as Marrakesh, The Hague, Kyoto or Mexico city; events organised by the UN, such as the Silver Sea in 1977, Dublin or Rio de Janeiro in 1992, and the great conference organised by France in 1998.’

A pioneering initiative has come from the latter: the Water Agency for the river Garona, located to the north of the Pyrenees, has dedicated itself to cross these mountains to bring its sessions to Zaragoza for the duration of the exposition and to make them coincide with those of the Hydrographical Confederation of the Ebro, the river that runs through Zaragoza, which could give rise to unprecedented trans-national hydrographical management policies.

Not all that glitters is water

Built on the banks of the river Ebro, the 2008 exhibition is also receiving criticism. Opposition group ZH2NO points out that it seems to be against the ethics of the exhibition to construct a built-up area by the river where the exhibition is being held and creating an artificial lake 4 kilometres long, something that would substantially affect the flora and fauna of the largest river in Spain. Furthermore, the group reminds us of the fact that the EU asserts the Water Framework Directive that prohibits the member states from damaging their rivers and obliges them to partake in restoration, such that the expensive work to build the area must end after the exhibition.

The price of a ticket is 35 euros for one day, from 9am until 3 the next morning, a price decided on in order to try and avoid the fiasco with the lack of visitors suffered in Hannover in 2000. Even so the forecasts are modest (6.5 million people in three months), compared to the eighteen million in Hannover over five months, ten million in Lisbon over three months or the 42 million in Seville in six months.