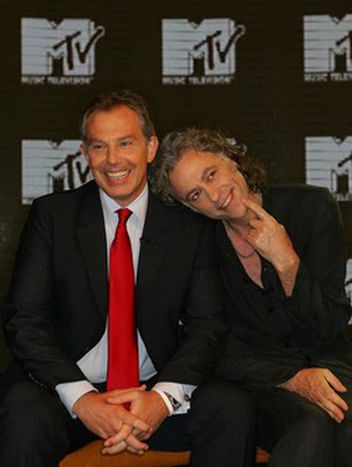 Northern Ireland highs, Iraq all-time lows - part of the legacy that British Prime Minister Tony Blair leaves after a decade in power, as he steps down on 27 June 2007

For anyone old enough to remember, 2 May 1997 was a momentous day. Aged sixteen, I was too young to vote at that election, but old enough to pick up on the prevailing mood of the nation. Whilst the Conservatives faltered and tore themselves to shreds in a myriad of scandal and internal squabbling - perjury, affairs and corruption - Labour and Blair especially emerged as a fresh, young alternative offering to make Britain a fairer, more tolerant and forward looking country that was stable at home and respected in the international community.

Blair had an air of Clinton about him, a statesman with his finger on the pulse of popular culture - as at home with celebrity icons as world leaders. The Blair effect helped Labour to sweep to power with a massive 179 seat majority, which although significantly reduced still remains healthy (Blair won his third consecutive victory in the 2005 general election). Sadly as the decade unfolded, the faith that so many placed in him looked increasingly misplaced. He leaves a legacy of mistrust, inequality, disillusion and a Britain at odds with both itself and many in Europe. 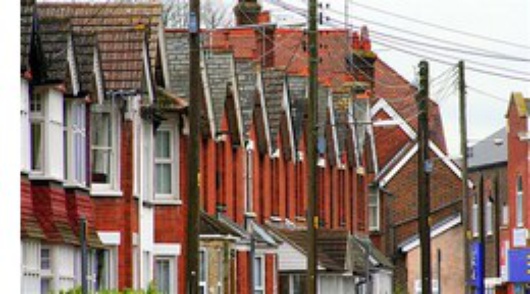 At home, it may appear on the surface that Britain has benefited from Blair’s tenure. The economy has remained stable, inflation low and Government investment in both health and education has seen significant increases. However, a lack of provision for affordable housing has meant that house prices have rose at many times that of wages; many have had to borrow huge amounts to be able to afford to get on the housing ladder.

Although interest rates fell, encouraging more people to borrow as interest rates gradually creep back to 1997 levels, Britons owe over £1 trillion, and personal insolvencies are on the increase. Investing more in education and health may seem admirable, but applying a market-led logic to key public services leaves a bad taste in the mouth. Furthermore many young people to whom Blair appealed to in 1997 are now starting their professional lives burdened with student debt - brought in by a government who explicitly said in their 2001 manifesto: 'we will not introduce top-up fees and have legislated to prevent them.'

It is deeply questionable who have been the true beneficiaries of Blairism, which far from being moderate socialism is actually more akin to Thatcherism in trendier clothes.

Domestic issues aside, it is for his actions on the international stage that Blair will be most remembered. His greatest achievement was his role in the Northern Ireland Peace Process. Unfortunately such success will always be demoted by the spectre of Iraq that began in March 2003, and Blair’s slavish pursuit of the bellicose ‘war on terror’, which has fabricated an atmosphere of fear and hysteria at the centre of British society.

Admittedly the events of 9/11 were unprecedented, and Britain and the US have such a traditionally close relationship that it was right that Blair showed solidarity with the American people. However the way in which he aligned Britain to 'stand side by side' seems in retrospect misguided and over zealous. By aligning himself so squarely with American policy, rather than looking to galvanise alliances with European neighbours and seek a more multi-lateral approach, Britain has lost respect and gravitas in the European Union.

Indeed, Iraq aside, Blair’s approach to the European project has flattered to deceive. In the early years of his reign, there was scope for optimism as Britain incorporated both the European Social Chapter and European Convention on Human Rights into its domestic law. But with Europe at a political and Constitutional crossroads, Blair has stepped back from advocating further integration, tempering policy according the ill informed scaremongering of the Euro-sceptic press. As a member of the first post-war generation this is to be regretted.

If we compare the Northern Ireland and Iraq policies, we see Blair’s fatal flaw. To his credit, patience, dialogue and pragmatism won the day in NI. However with Iraq, temperance fell by the wayside; it did not fit in with his great moral crusade. One commentator recently put it as his post 9/11 'Messianic belligerence'.

Iraq was invaded on an intellectually flawed and legally dubious prospectus. Far from helping fight the war on terror, it has served to sow even more instability in a region already at odds with the actions of certain western governments. As he stands aside, there seems to be no solution in sight and for that his legacy might well prove to be as the Lady Macbeth of Modern Politics.

A decade on from him becoming the youngest Prime Minister since the then 42-year-old Lord Liverpool (the longest serving UK prime minister from 1812-1827), the optimism of May 1997 has long since dissipated. In some small ways, Britain may be better off for Blairism. But to truly assess his impact, historians need to look beyond the culture of spin and myriad of Potemkin Villages constructed throughout his reign. Perhaps the most pertinent legacy of the Blair years is that the style over substance politics that he has relied on has left people cynical and disenfranchised from the political system.

This is the single biggest task that his successor faces.