Exceptions to the rule?

The majority of national governments in the EU are currently right-wing, but there are some which go against the trend. Will they stand the test of time? 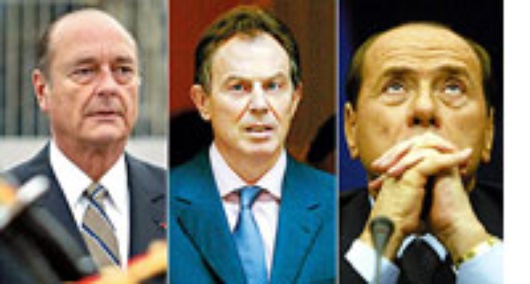 As Europe comes to terms with Bush’s election victory, many in the European media have asked questions as to how the Right could have been so successful. The British tabloid The Daily Mirror asked simply, “how can 59,054,087 people be so dumb?”. But although we Europeans may cringe and mock political events across the Atlantic, we need only look in our own backyard as the Right, (albeit in a more diluted form), is making its presence felt in today’s Europe.

The Halcyon days of Social Democracy

In the late 1990s, Social Democracy was the buzz-word of European Politics. Schroeder’s 1998 victory, mirroring among others that of Persson in Sweden, brought sixteen years of Christian Democracy to an end; whilst just over a year before the British people had elected a Labour Government for the first time in eighteen years with the largest majority in its post-war electoral history. Of course, the above mentioned leaders and their parties are still in power today and were added to, significantly, by Zapatero in Spain with his Socialist Workers Party ousting centre-right José Maria Aznar last March. Yet these prove to be the exceptions to the rule. Although, as the Buttiglione affair showed, the various left-wing and liberal parties in Brussels - ALDE (Liberals/Centralists), PSE (Socialists), EUL (Far Left) and EFA (Greens and Regionalists) - can hold the balance of democratic power when united, the largest single party group is the EPP-ED (Centre Right), and over the next term this may have a serious bearing on how both National and European agendas are approached.

Why has Europe shifted to the right?

There are many explanations for the strength of centre-right politics and sentiment in Europe. Firstly, concerns over asylum, migration, terrorism and crime are used by the right to gain support. Secondly, politics works in cycles, so it is natural to expect a backlash against Social Democracy whereby its moderate anti-thesis (the centre-right) reaps the rewards. The right side of the political spectrum also espouses individual self-advancement and greater personal wealth, ideas which appeal to many voters. For many people, a vote for the Right is one for self interest rather than for society as a whole, thus appealing to the inner greed of human nature.

This individualistic principle manifests itself macrocosmically in Europe with right-wing parties in each Member State reiterating the oxymoron that any European cooperation ought to be done subject to competing national interests. To extend this analogy, these parties act for their own benefit rather than for the collective interest of the EU. This form of Gaullism strikes a chord with a large section of the electorate for it reasserts the notions of national identity and superiority. While this type of ‘nationalism’ is more tempered in the centre-right than it is in more extreme groups, such as the UK Independence Party (UKIP), it is a common ideological thread that runs right through the political debates in all Member States and goes some way to explain the re-emergence of the Right.

So, although left-wing parties are still in power in several EU countries including Germany, Sweden and Spain, it remains to be seen whether these administrations will really stand the test of time. Given the current political climate and the extraneous circumstances that contributed to Zapatero and Schroeder’s victory (the Madrid bombings and the Iraq War respectively), these parties are likely to be defeated by those of a more centre-right and ‘euro-pessimist’ leaning. This threat has already been seen through the failure of Jospin in the French Presidential race and the Swedish no-vote on the Euro last autumn .

Of the Social Democratic Governments mentioned above, the one most likely to stand the greatest test of time is the UK Labour Government, who will probably win a third term in office next year. Yet Britain has always been the greatest Euro-Sceptic, so how can a ‘party of the left’ hang on to power when Europe shifts to the right? They achieve it by attempting to appeal simultaneously to centre-left and centre-right by juxtaposing the social conscience of the former with a centre-right alter-ego. For example, they promise to be “tough on crime: tough on the causes of crime”. The first part appeals to those on the right; the latter to pragmatists on the left. By capturing the centre ground they have a broad appeal which gets votes. Likewise in European policy, only last month Britain was involved in talks to create a Common Asylum System for the EU – but only if the UK could opt out of it at will . This may be seen as ideologically corrupt, but it allows them to weather the storm as Europe swings to the right while consolidating its large majority at home.