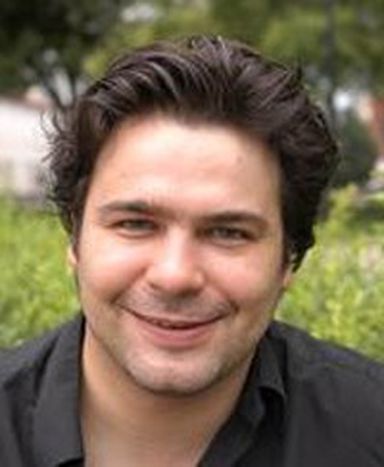 Mark Leonard, one of Britain’s leading foreign policy thinkers, is optimistic about Europe’s future. In an interview with café babel, he explains why.

The EU may be in crisis but Mark Leonard, Director of Foreign Policy at the London-based Centre for European Reform, recently wrote a book entitled Why Europe will run the 21st Century. So what makes this regular contributor to the Observer and Financial Times magazine think that Europe’s future is so bright?

Why do you believe that “Europe will run the 21st century”?

The EU is the most advanced political attempt at uniting different countries into the biggest single market in the world, a common legal framework and a set of policies to deal with problems that cut across borders. By coming together in this way, small and middle-sized countries have a voice on the world stage, allowing them to deal with the US and other great powers as equals. The EU has also led to the transformation of Europe as a continent, which has become whole and increasingly democratic as wave after wave of countries gets sucked in. European countries have also been at the forefront of trying to build a world order through the creation of the World Trade Organisation, the International Criminal Court and the Kyoto Protocol. Moreover, the EU’s success is forcing other parts of the world to look at the European model and develop their own institutions, embodying many of its principles. In Latin America there is Mercosur, in Africa the African Union, and in East Asia they’re talking about building an East Asian Community complete with a single market and a single currency like the EU. That’s what I mean by Europe will run the 21st century, not that Europe will run the world as an empire but that its way of doing things will become the world’s way of doing things.

Can a true European identity emerge if the EU keeps enlarging and “sucking in” new countries?

We need to clear about what kind of identity we’re creating. It’s not an ethnic or religious identity, but one which is embodied in the European way of doing things. In other words, a belief in the rule of law (both at home and internationally), in multilateral solutions and in the need to marry economic dynamism with social cohesion - all of which are embodied in the 80,000 pages of EU laws. Of course, there are vast differences between the different member states, but they share more in common with each other than with the rest of the world. Britain and France have got different electoral systems, languages and currencies but if you look at the two countries together, they are much more similar to each other than to say China or the US, for example in the role of the state. This is true of all EU member states. The EU has never been about creating a single model which everyone signs up to, it’s about managing diversity. But there are common values and norms which bind European countries together, as well as the simple fact of geography, which means that problems like environmental pollution are ones we face together.

If the EU is so special, why are there so many Eurosceptics?

All European citizens are becoming increasingly sceptical, even cynical, about their governments and about the political classes. It’s natural that this should apply to the EU as well as to national politics. What’s more, there is a gulf between people’s gut sense of the need for the EU, to combat terrorism and crime for example, and their scepticism towards the institutions. Most people in all European countries want to stay in rather than get out, and that’s something that is sometimes overlooked. This gulf needs to be closed by the EU focusing less on treaty reform and more on talking to citizens about real solutions to problems they care about, such as Iran and finding a successor to the Kyoto Protocol. But even if we do that, it is important that we bear in mind that the EU is not a nation state. It is national governments that set levels of tax, that deliver education policies, pensions and health services - the EU regulates all these areas but it doesn’t actually deliver anything. It’s not that surprising that people don’t feel that close to the institutions because, although vital, they work in a vicarious way by working through national governments.

With the current crisis facing the EU and the lack of faith in national political leaders, who can take the European project onto the next level?

The EU is a project of national governments, so it going to have to be national governments that take it to the next level. What the European Commission can do is to take widespread consensus amongst governments on a single issue and act as a catalyst to turn their rhetoric into reality, as it did with the Single Market. What’s missing in the EU at the moment is a collective sense of what the next European project will be, because everyone’s been so worried about having disagreements that there hasn’t been a major row about what sort of Europe we want. In my mind it’s very clear what Europe needs to do now, which is to focus less on its internal institutions and more on trying to shape the world of the 21st century. And that means looking at how we can have the same transformative impact on our new neighbours in the former Soviet bloc and in the Mediterranean as we had in Central and Eastern Europe in the 1990s. It means making Europe competitive by modernising our economic and social models, without sacrificing our unique social market economy. Finally, it means looking at what kind of foreign policy tools we need to deal with the challenges of the next century, bringing together our trade, aid and our foreign policy so we can try to reshape the world.