The 'ARSP' was founded in Berlin in 1959 with the aim of carrying out reconciliation work in the countries worst affected by national socialism.

Every year, 500 people in eleven European countries, Israel and the USA get involved in the short, medium, and long-term voluntary services

When Arkadi moved abroad as a voluntary worker with Action Reconciliation Service for Peace (ARSP), he spent an unforgettable year in Belarus working with survivors of the Minsk ghettos, leukaemia patients and children, learnt Russian and got to know the locals.

Behind the religious façade was a really well run, friendly organisation

‘It seems like an eternity ago. In a time when banks still had money, Germany was governed by a red-green coalition and Bush had just been re-elected – in a completely different world – I was going to school. Back then, you had to complete thirteen years of school and this would soon be over for me. So my emancipation was due to begin. But how? My brother had already shocked my parents by announcing that he was joining the army, so that was out of the question, but I didn’t want to become a Nazi or drug addict either. The only option left was fleeing to a foreign country: Russia! I quickly researched organisations offering civilian service work in a Russian-speaking country and this led me to ARSP. Behind the religious façade was a really well run, friendly organisation that even offered placements in a home for disabled people in Belarus. The last European dictatorship was even more shocking than the Russia of Putin, the impeachable democrat. Off to Minsk!’ 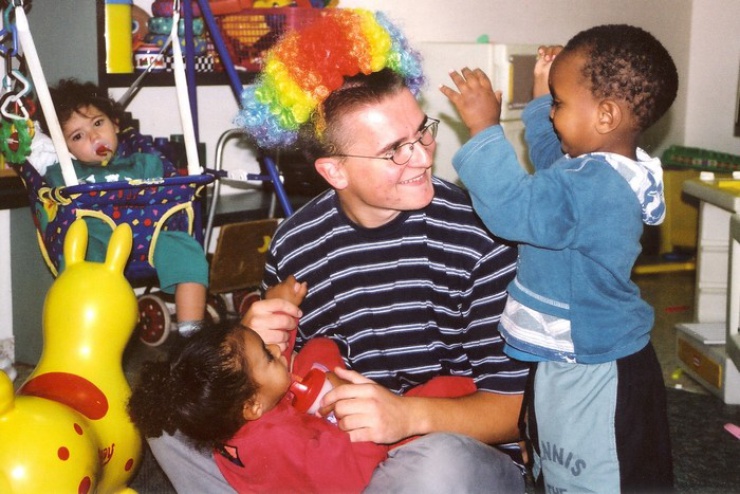 ‘I wanted to get to know the personalities behind the facts and figures you learn in history lessons.’ Johannes Hering travelled with ARSP to the Polish town of Łódź in 2007 and spent a year working independently with elderly concentration camp survivors. He delivered food, visited elderly people at home and helped them with their housework and shopping. Sometimes it’s simply important to be there for them, listen to them and chat with them. He is particularly impressed that, despite their unpleasant experiences with Germans, he was warmly received by most of the survivors. 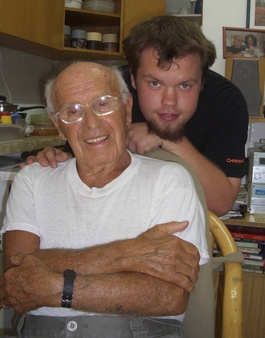 Lea also wanted to spend time in eastern Europe. In the Polish city of Lublin, she spent four days a week at a workshop for the disabled, and one day a week supporting Holocaust survivors.  'Surprisingly the presence of the Nazism history was much more clearly told by Miedzy Nami than with Pani Ewa. The latter explained bits here and there, but they were things from the past. However, Miedzy Nami explained for example that one time, when the boys in the carpenters workshop very often did the Hitler salute or stood to command and looked alive, when I asked them for something. The initiative came from one of the participants. The others I think were not even aware of what they were doing,' she says.

David Moock, who spent a year in Jerusalem from 2005 working in both an old people’s home and as an archivist, describes his experiences as follows: ‘Living alone in a foreign country for the first time and being confronted with a different culture and language was a very important and formative experience for me. Working in the old people’s home required much sensitivity and living in a troubled region was also a very unusual experience for me.’