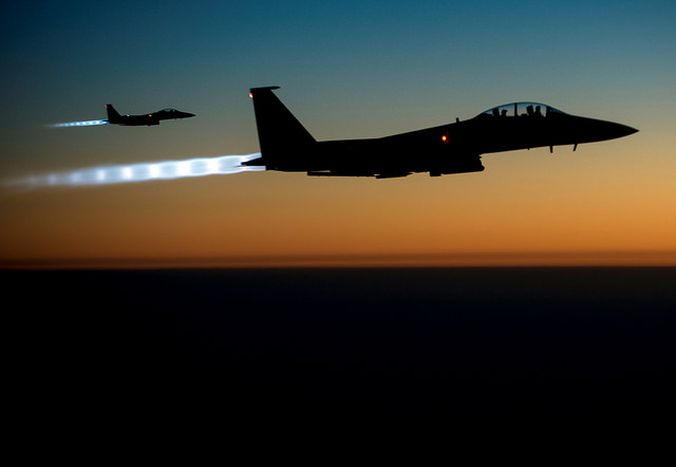 Europe's Reaction to the Islamic State

As the situation in Syria and Iraq gets out of control, the international community has gathered in order to tackle the big threat which the Islamic State of Iraq and the Levant (ISIS) represents to Europe and the whole world.

What began as an atrocious civil war in 2011 in Syria, has degenerated into a deadly repressive system that, along with Northern Iraq, is under the control of radical extremists who created a caliphate – a territory roughly the size of Portugal or Belgium. The actual war being fought is a regional and sectarian one likely to spread across Islam worldwide. The development of an armed and obstinate opposition movement in Syria, along with the discontentment of the Iraqi people under Nouri al-Maliki's leadership, resulted in the actual conflict that is taking place in Syria and Iraq.

After the beheading of American hostages James Foley and British Steven Sotloff, the United States decided to attack the region occupied by ISIS, not only in retaliation but also as an attempt to exterminate this recent but strong and growing caliphate. The Islamic State has been provoking the Western community with repeated beheadings of Western hostages. The episodes of violence and disrespect for Human Rights are increasing and many European capitals agreed that it is time for action.

Despite attempts by France’s Foreign minister Laurent Fabius to avoid France’s entrance into this bloodshed, after the announcement of the death of Hervé Gourdel, a French citizen, France has joined the USA in this air war. But the number of volunteers in this combat against ISIS is growing faster. In late September, the UK Parliament voted to join the coalition made up by the USA, France and Arab states. Also, Belgium and Denmark announced their support with military intervention. Likewise, Portuguese National Defence Minister José Pedro Aguiar Branco assured Portugal’s participation in the international coalition against the Islamic State. According to the online platform "Notícias ao Minuto," the minister said that “the collaboration might happen through several ways such as training, intelligence or humanitarian help.”

The powerful European country known as Germany hasn't expressed so far any kind of support in this mission to overthrow ISIS. However, interior German Minister Thomas de Maiziere has advised that ISIS is a “threat to public security in Germany,” making the distribution of propaganda material promoting the Islamic State illegal. 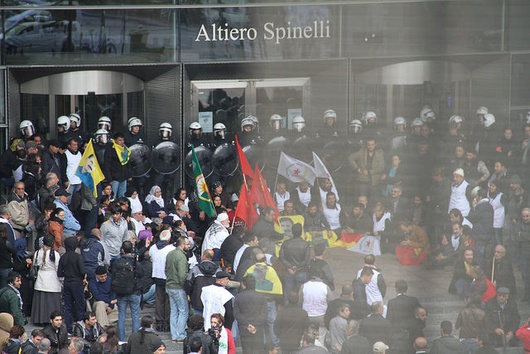 Meanwhile, the European Parliament was the stage for a Kurdish protest, last Tuesday, urging support in defending Kobane, the Syrian town overrun by the Islamic State. Turkey is under pressure to help Kurdish forces and after almost three weeks of fighting, the Islamic State controls about a third of the town, according to activists. "We don't understand why France is acting in Iraq and not in Kurdistan in Syria," said Fidan Unlubayir, member of the Federation of Kurdish Associations of France. The Western community is taking this strategy very cautiously to avoid any kind of complications regarding international justice laws.

Nevertheless, the US and UK have already warned that air strikes alone won't stop ISIS fighters from overtaking Kobane. This is an important and dangerous move that will allow the rebels from the Islamic State to have control over a strategic wing between the two countries. The international community is apprehensive and awaiting further developments regarding this hideous battle. According to Foreign Policy Magazine, Turkey is currently in discussions with new NATO chief Jens Stoltenberg about a possible action against ISIS. "We are holding talks,” Turkey's Foreign Minister Cavusoglu said. “Once there is a common decision, Turkey will not hold back from playing its part."

As we see the developments of this international strategy, we can't help but compare it with the first "war against terrorism," yet this time with greater international intervention and larger consequences if not suppressed. But we should ask ourselves... Is History repeating itself?